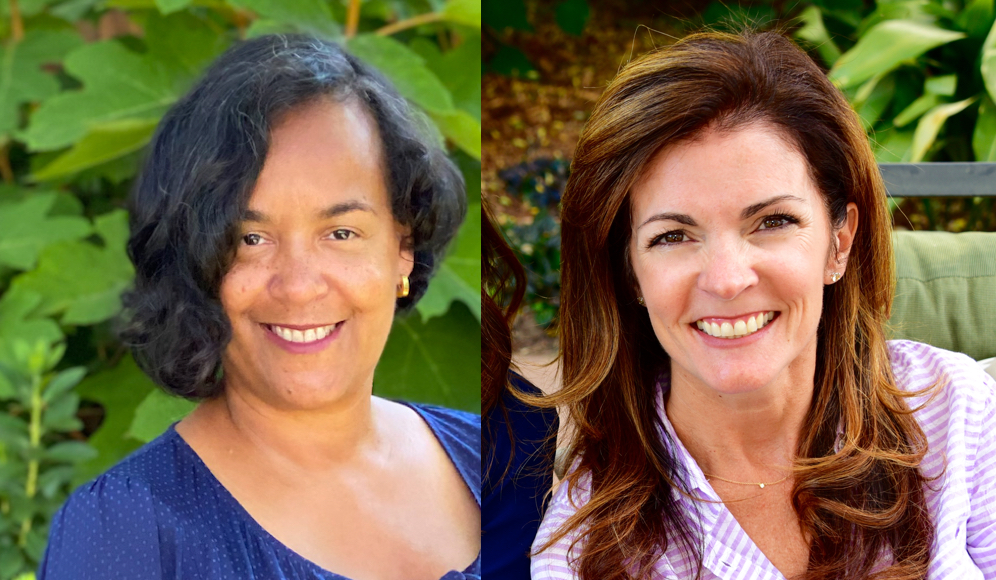 New Piedmont Unified School District Board of Education members Veronica Anderson Thigpen and Hilary Cooper will be sworn in at the board meeting on December 15. The two new members were elected in November.

Also being sworn in will be Cory Smegal, who was re-elected to a second term in November.

The top issue on the minds of parents and staff is the re-opening of the schools. Piedmont has filed a re-opening plan with the Alameda County Public Health Department but the plan had not been approved when the county moved back to the “Purple” tier in the state’s COVID-19 tracking system in mid-November. School districts are not allowed to open when the county is in the Purple tier, which represents the most severe outbreak.

“That’s been something the District has been trying to address for quite some time and it’s not going anywhere,” Thigpen Anderson said. “There was the excitement that we were going to open but then the state and the county imposed new restrictions because they are trying to address COVID.”

“If we had not slipped into the Purple tier, we were really ready to go,” said Cooper. “We had specific dates on (grades) K-2 and 3-5 and were waiting on the county.”

Purple means there are more than seven daily cases per 100,000 residents in the county or more than eight percent of test results over the past seven days were positive.

Nearly all of the counties in California are currently in the Purple tier. Alameda County must move back down to Red and stay there for two weeks before the PUSD plan to re-open schools can be approved. Red is defined as four-seven daily cases per 100,000 or five-eight percent positive tests.

PUSD has already secured approval from the Piedmont Association of Teachers. The only questions are when Alameda returns to the Red tier and when the health department approves the waiver request.

Beyond COVID, the new board members are ready to get to work. Both said they are looking forward to working on improving Piedmont equity and diversity.

“I’m really interested in the efforts that the district got started with when they passed the two equity policies,” Anderson Thigpen said. “The racial equity policy and the educational equity policy. Between the two of them, they cover the breadth of populations in different circumstances in students to make sure that everyone gets what they need to get an education.”

“I’m really looking forward to working with the board and especially Veronica on our equity and diversity issues,” she said. “How do we start recruiting teachers and staff of color? I think a silver lining of the pandemic is we are taking a look at what is our school culture and what do we want it to be. Even from a curriculum standpoint. What have we been teaching all these years?”

Education budgets haven’t been hit as hard as was feared yet in California, but it is always an issue. Cooper has been working on getting up to speed.

“I have some familiarity with the budget just from running the parcel tax and volunteering over the years. It’s not as dire as they thought it would be because most of our income comes from capital gains and personal income tax.”

Thigpen Anderson said including student voices in district matters is a priority.

“Areas where students are included and their input is solicited and they can participate in decision-making,” she said. “Piedmont has an excellent reputation for the education that it delivers to students. I think something that came up in the campaign is paying attention to student wellness. I think that has been raised now that kids are in distance learning because of COVID. The isolation kids feel, the challenge kids feel by not having access to and regular interactions with their teachers and their peers, a lot of those things chip away at wellness and they also add to stress.”

Cooper said the new board members need to listen. “My first job is going to be listening to our students and parents,” she said. “Trying to figure out what we can do to help them.”