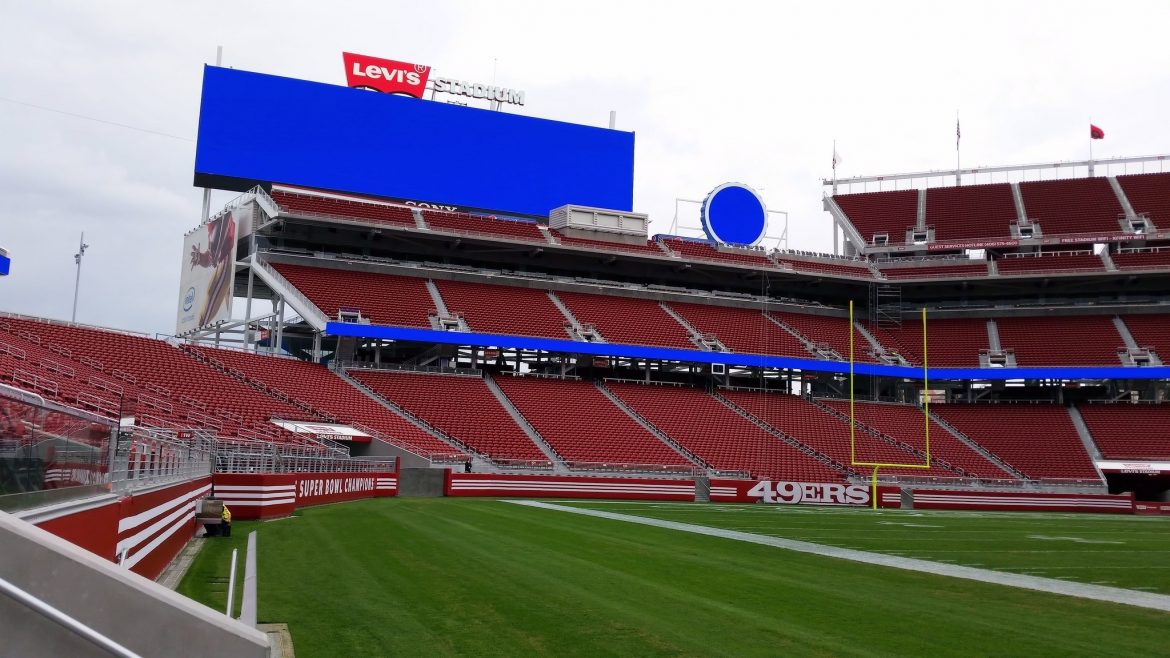 The San Francisco 49ers will play their next two games in Arizona following the new Santa Clara County COVID-19 health order that bans the team from using its home stadium for about a month starting Monday.

Through a deal with the National Football League and the Arizona Cardinals, the 49ers will host their home games against the Buffalo Bills on Dec. 7 and Washington Football Team on Dec. 13 at State Farm Stadium in Glendale, Arizona.

“The Cardinals organization, State Farm Stadium and League officials have been supportive and accommodating as we work through the many logistical issues involved in relocating NFL games,” 49ers officials said in a statement.

The county introduced the new guidelines on Saturday following a record-breaking 760 new cases in a 24-hour period. The county banned contact sports until at least Dec. 21, leaving the 49ers without access to Levi’s Stadium in Santa Clara.

49ers Head Coach Kyle Shanahan said he was blindsided by the new order and was “extremely disappointed,” upon learning the news before boarding a plane with the team to Los Angeles on Saturday.

“Everyone has been so committed to this, so the biggest thing for me is just all of us leaving our families,” Shanahan said at a news conference following a 23-20 win over the Los Angeles Rams on Sunday. “We’re all humans just like everyone else, and it’s a big deal to leave your family for the whole month of December.”

The team has still not announced where it will practice, but Shanahan said the team needs at least three full days before each game.

“Information regarding the 49ers future practice arrangements will be shared at the appropriate time,” 49er officials said.