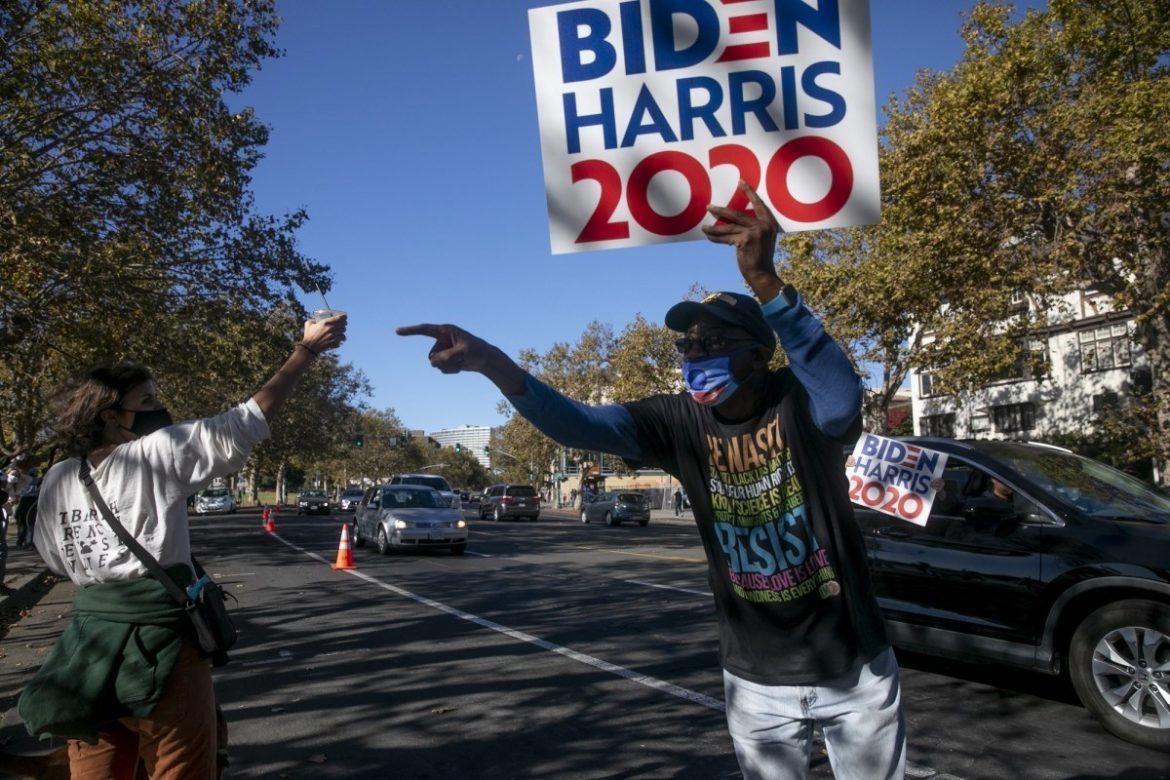 ”She’s from Oakland!” Shouts Jackson Taylor, 69, as he carries a Biden Harris sign along Grand Ave near Lake Merritt on Nov. 7, 2020. “How do you think kids feel right now?” He continued, “this is what freedom looks like!” Photo by Anne Wernikoff for CalMatters

As the news broke early Saturday morning, revelers took to the streets wearing bathrobes, banging pots and pans and sharing mimosas with fellow celebrators. “We were awakened by the sound of screaming and we were like, ‘Yes!’” said Oakland resident Ru-Huey Yen.

For many in the Bay Area, the win was not only a relief but a great source of pride. “She’s from Oakland! A hometown girl!” said longtime Oakland resident Jackson Taylor of Harris as he carried a Biden Harris sign along Grand Avenue.

Harris was born in Oakland, went to school in Berkeley and was San Francisco’s district attorney before her election as California’s attorney general, U.S. senator, and now, to the highest office a woman has ever held in U.S. history.

Celebrations of President-elect Joe Biden and Harris continued throughout the day and into the evening with hundreds gathering at Lake Merritt in Oakland and the Castro neighborhood in San Francisco.