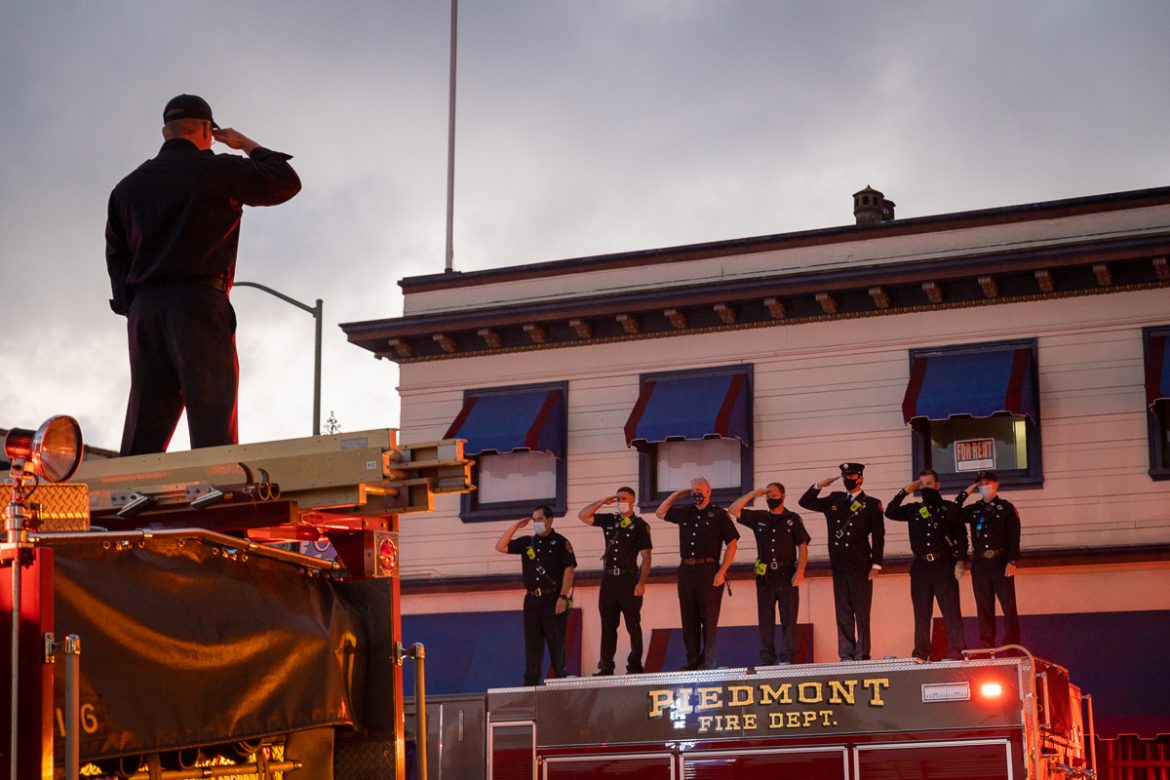 Piedmont firefighters joined their Oakland compatriots on Wednesday as they escorted the body of their Interim Assistant Chief Sean Laffan to the Chapel of the Chimes after Laffan died unexpectedly Monday, fire officials said.

The procession started at 4 p.m. at Alta Bates Summit Medical Center and ended at the Chapel of the Chimes at 4499 Piedmont Ave. in Oakland.

The procession wound its way through parts of Oakland including downtown and Lake Merritt.

Laffan was 42 when he died late Monday night from a heart attack. He had collapsed about 5 p.m. at the Oakland Fire Department’s offices at 150 Frank H. Ogawa Plaza and was rushed to Summit Medical Center where he was later pronounced dead.

Interim Fire Chief Melinda Drayton said Tuesday that the Fire Department is shaken by the loss of Laffan.

“Sean Laffan was a dedicated member of the Oakland Fire Department. He began his career in Oakland Fire 20 years ago, graduating from the Fire Academy on Dec. 23, 2000, and represented our department and the city of Oakland with distinction and enthusiasm for the fire service and our community throughout,” Drayton said in a statement.

Laffan was just promoted to assistant chief in June. He was born in Santa Clara and lived in Sacramento, Oakland Fire Department spokesman Michael Hunt said.

Surviving Laffan are his parents, his wife Sabrina, and three sons Cooper, Connor and Caeden, who is a probationary firefighter with the city of Oakland.

A video of Wednesday’s procession can be viewed online.

Except where noted, all photos by Julie Reichle.