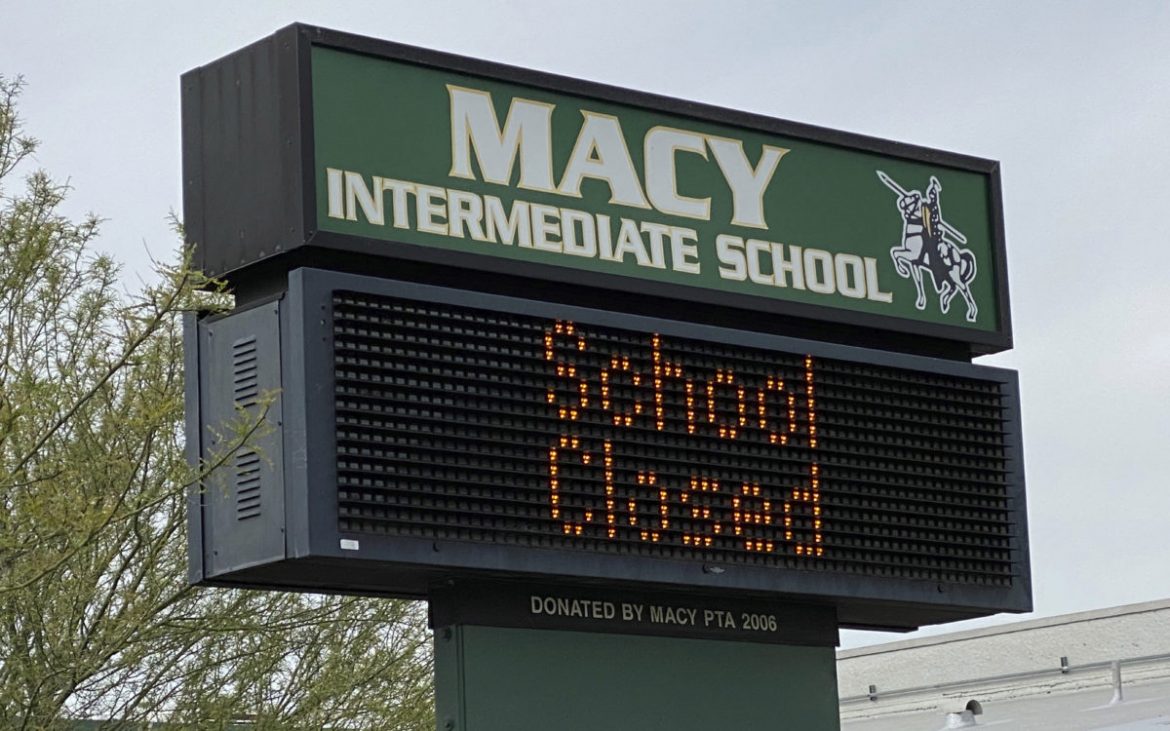 Gov. Gavin Newsom’s “sounding of the alarm” to beat back the surge of the Covid-19 virus represents a severe setback for efforts to further reopen schools in California, as millions more students now attend schools in counties barred from offering face-to-face instruction in regular classes.

On Monday, Newsom applied what he called an “emergency brake” on reopening schools and businesses in almost every part of the state, based on coronavirus rules announced months ago. Of the state’s 58 counties, 41 counties are now on the Tier One purple list, the most restrictive of the state’s coronavirus monitoring list.

To get on that list, color-coded purple, counties must have a daily average of seven or more new Covid-19 cases per 100,000 residents as well as an average 8% positivity testing rate over the previous seven days.

As recently as last week, only 13 counties serving 3.5 million students were on the Tier One list. The dramatic increase means that counties serving 5.8 million of the state’s 6.1 million public school students will be affected. At least some of those students are already participating in some form of face-to-face instruction, but it is not known how many because there is no statewide tally. Under state regulations, schools who have already begun to offer in-person instruction can continue to do so, even though they are on the purple list.

Schools can still apply for waivers to provide in-person instruction for students in kindergarten through the 6th grade, or to serve some of their highest-needs students in small groups, which could include special education, foster, or homeless students, for example.

“Otherwise, schools may not open for in-person instruction until the county has been in the substantial (red) tier for two weeks,” the California Department of Public Health said in a statement issued on Thursday. The purple tier indicates that incidence of the virus is “widespread,” whereas the red tier is where the virus is less severe, but still “substantial.”  Orange refers to “moderate” incidence of the virus, with yellow indicating a “minimal” presence.

Especially as the Thanksgiving holidays approach, State Superintendent of Public Instruction Tony Thurmond said, “This is a time for an abundance of caution to monitor and to move slowly, and to do all that we can to stem further spread so that we can get to a place where we can safely reopen schools.”

Until just a month ago, the number of counties in the purple tier had been dipping steadily since schools began instruction for the current school year. That had raised hopes among many school administrators and parents that many more students would soon be able to return for in-person instruction.

An EdSource survey just two weeks ago showed that the number of districts bringing students back on to school campuses was accelerating rapidly. In 21 of the state’s 58 counties, all of the school districts were either offering some form of in-person instruction for students, or were planning to do so within days or weeks.

Newsom’s announcement Monday is bringing all of that momentum to a sudden halt. “We are now moving backward, not forward,” Newsom said during a press briefing in the State Capitol.

Even more disconcerting is that tentative plans for many California schools to open in January — now just six weeks away — seem unrealistic. “It’s certainly possible that they could open,” said Thurmond. “But we’re going to really need to monitor data for the next few weeks, and use that as our guide to determine whether in fact schools will be able to open at that time.”

Mt. Diablo Unified, which includes Concord, was preparing to start phasing in face-to-face instruction Jan. 11, but Superintendent Adam Clark said that the rising number of Covid-19 cases in the county will likely force the district to re-think its plans. “What I think can happen is that we can start serving some of our higher need students who are really struggling,” Clark said. “That may look different from full hybrid reopening, and if the trends continue to the negative we can reposition ourselves to set up a system to welcome smaller groups of those students.”

In Orange County, most of the county’s 27 districts had already brought students in certain grades or for part of the school day or week back for in-person instruction, in larger numbers than probably any other county.

County Superintendent of Schools Al Mijares said that if health conditions continue to deteriorate, districts may have to rethink their in-person offerings, but only if the pandemic were to take a heavier toll. “We have to be resolute in our thinking,” he said. “For us to slam on the brake and come to a screeching halt, so that by the time the train stops, everyone is on the floor, we don’t favor that model. We have to take it one day at a time, and work with the California Department of Education and the Department of Public Health and be aware of the dynamics as they play out district by district.”

Some districts weren’t directly affected by being placed in the purple tier. West Contra Costa Unified and Fresno Unified, for example, had not begun offering in-person instruction to most of its students and agreed with their teachers unions that they would only do so once the county moved from the red to the orange or “moderate” tier.  They were still a ways away from being in that tier.

John Sasaki, spokesman for Oakland Unified, said though Alameda County went from the orange to the purple tier, the district was “months away” from being able to offer broad in-person instruction, though small learning hubs offered to students with special needs will continue.

Some school districts were already feeling the pain of being put on the purple tier over the last week. Last Tuesday, Sacramento, San Diego and Stanislaus counties moved back into that category after being in a less restrictive tier.

Also affected was Elk Grove Unified, the state’s fifth-largest district with 65,000 students. The district had negotiated an agreement with its teachers union that if the county went from the red to the less-restrictive orange tier, teachers would return to school this week. The district was just a week away from entering the orange tier, said Elk Grove’s superintendent Chris Hoffman. But instead things have moved in the opposite direction.

As a result, the district’s reopening plans are on hold. “Now we are not in the business of being able to reopen schools,” Hoffman said.

“Alum Rock has the highest contagion in our county, but we have been able to open small learning care pods for the neediest of students,” Bauer said. “They come to our sites and connect to virtual learning (from there). We have about 20 students per site, and they are monitored by our partners in the after-school programs and our principals.”