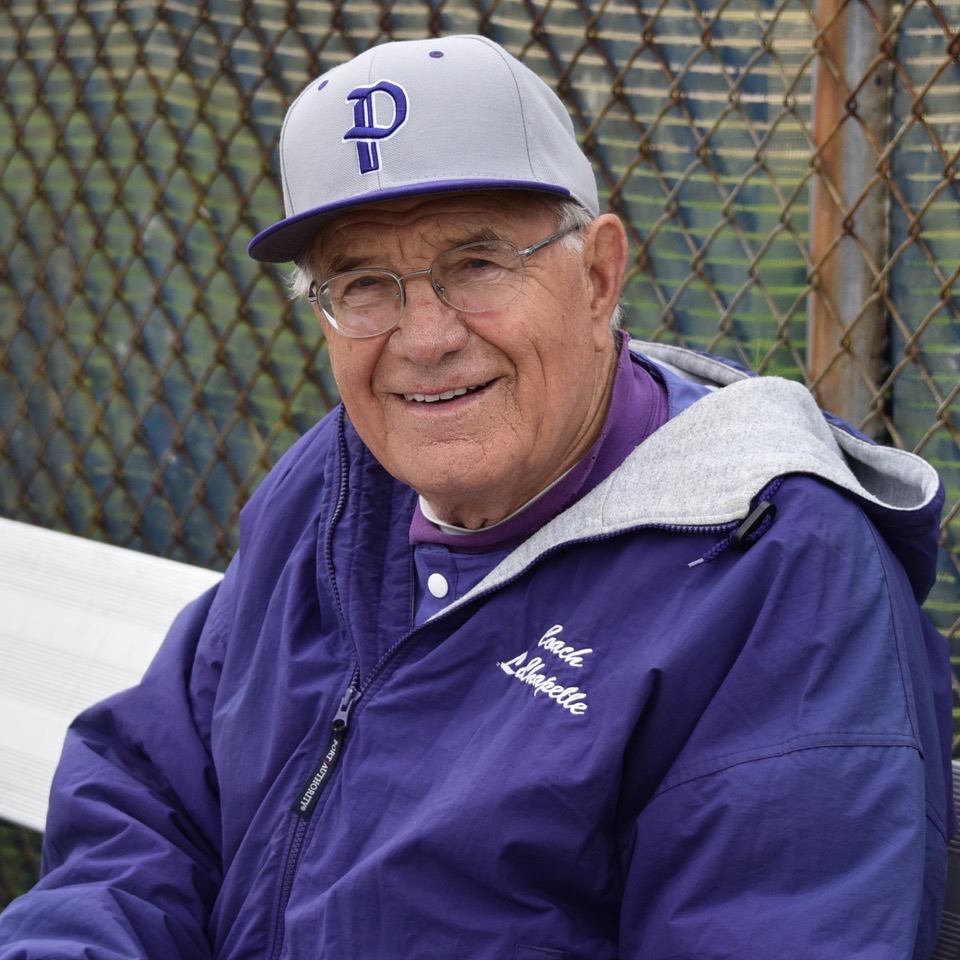 Pete LaChapelle was born in Detroit, Michigan and grew up in Webster Groves, MO and Denver, CO.  Pete attended East High School in Denver and played for both the High School baseball and basketball teams.  He played two years on the All-State basketball team and would later be inducted into the East High School Sports Hall of Fame for his many achievements in both sports.

He then attended Stanford University and played on both the basketball and baseball teams for the Indians. He joined the Beta Theta Pi fraternity and graduated with a B.A. in Economics.

Pete subsequently earned a law degree at Lincoln Law School in San Jose and spent a 30 year career working as a Deputy District Attorney for the Alameda County Counsel’s office. But Pete’s true joy was spent outside the office on the baseball field as a coach. He coached a variety of teams of all ages for over 45 years, including Hyatt House in the Young America League in Oakland, the Highlanders in the Piedmont Pony league, and was also an Assistant Coach for the Piedmont High School baseball team. Hundreds of kids know him as Coach LaChapelle, the guy that remembered their birthdays, what position they played, their batting average or ERA, and usually a career highlight or two. After retirement, Pete continued to coach at Piedmont High long after his children were grown, keeping score and helping to mentor new generations of players.

He loved watching the San Francisco Giants and was in attendance for some of the team’s most memorable moments: opening day at Candlestick Park, the last game played at Candlestick, Barry Bonds’ record setting home run, opening day at Pac Bell Park, and the winning 2014 World Series game at AT&T park between the Giants and the KC Royals.

He was an avid runner, running every day around Lake Merritt or the trails in the Oakland Hills.

Pete spent a lifetime loving music – whether it was singing at a party, playing his ukulele, or harmonizing with friends and family, music was a constant source of joy. What started out as an opportunity to join the Kingston Trio became a personal hobby shared with family and friends over a lifetime.

Pete was best known for his dry wit and fantastic sense of humor. Never without a quick comeback, or a great practical joke, Pete always loved the joy of a good “one-liner.”

Pete is survived by his loving wife of 43 years, Barbara LaChapelle; son Steve of Oakland, CA; daughter Tracy with her life partner, Sid Wagner, and her son, Michael Hageman, of Cobb, CA; son Tom with his wife Alex and their daughters, Sadie and Josie, of San Luis Obispo, CA; son Erik with his wife, Mayra, and their son, Oliver, of Alcala de Henares, Madrid, Spain; step-daughter, Suzanne Heske and her sons, Alden, Benjamin, and Owen of Piedmont, CA; and step-son, Jeffrey Cathrall with his wife, Brenda, and their son, Jake, of Rock Tavern, NY.

There will be a private celebration of life with family. In lieu of flowers, donations can be made in his name to the Piedmont High School Boosters Club, The Pete LaChapelle Baseball Fund: https://www.paypal.com/donate?hosted_button_id=Y7Y3YB2F4NS7E