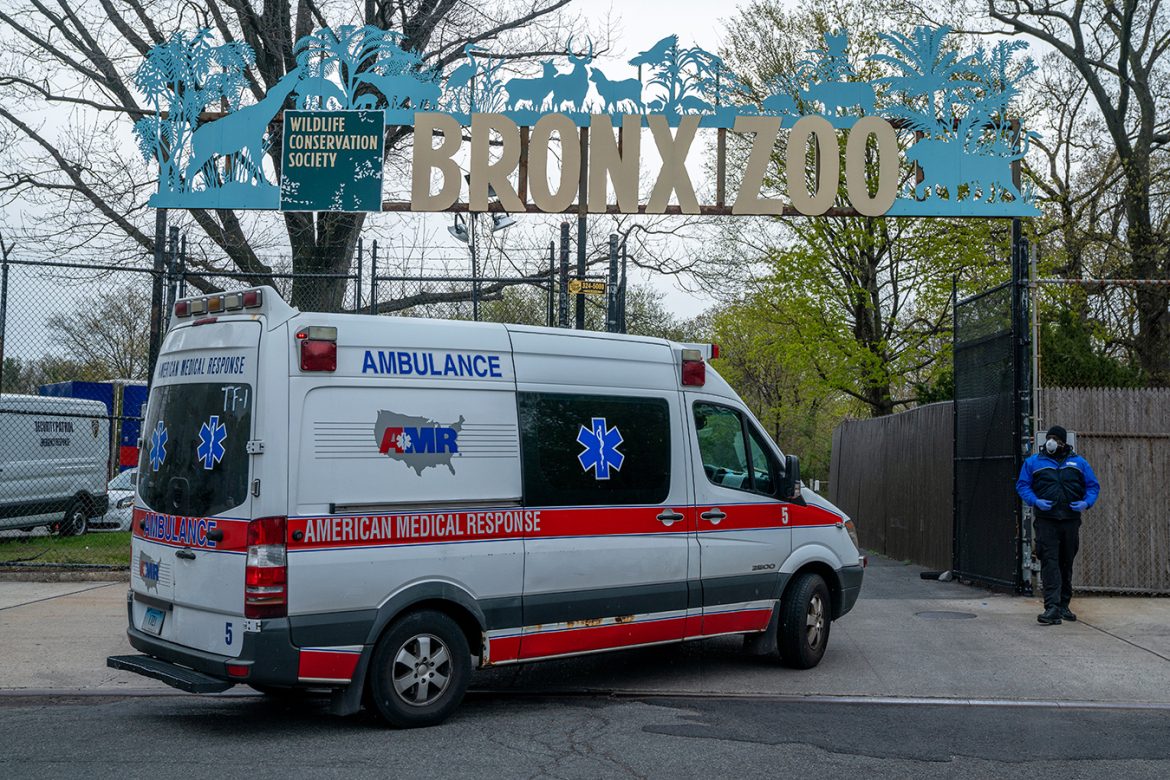 In April, a 4-year-old Malayan tiger at the Bronx Zoo tested positive for COVID-19 in a first-of-its-kind case after seven big cats showed signs of respiratory illness. Four other tigers and three African lions were later also confirmed to be infected.

As COVID-19 cases surge in the U.S., one Texas veterinarian has been quietly tracking the spread of the disease — not in people, but in their pets.

Since June, Dr. Sarah Hamer and her team at Texas A&M University have tested hundreds of animals from area households where humans contracted COVID-19. They’ve swabbed dogs and cats, sure, but also pet hamsters and guinea pigs, looking for signs of infection. “We’re open to all of it,” said Hamer, a professor of epidemiology, who has found at least 19 cases of infection.

One pet that tested positive was Phoenix, a 7-year-old part-Siamese cat owned by Kaitlyn Romoser, who works in a university lab. Romoser, 23, was confirmed to have COVID-19 twice, once in March and again in September. The second time she was much sicker, she said, and Phoenix was her constant companion.

“If I would have known animals were just getting it everywhere, I would have tried to distance myself, but he will not distance himself from me,” Romoser said. “He sleeps in my bed with me. There was absolutely no social distancing.”

Across the country, veterinarians and other researchers are scouring the animal kingdom for signs of the virus that causes COVID-19. At least 2,000 animals in the U.S. have been tested for the coronavirus since the pandemic began, according to federal records. Cats and dogs that were exposed to sick owners represent most of the animals tested and 80% of the positive cases found.

The U.S. Department of Agriculture keeps an official tally of confirmed animal COVID cases that stands at several dozen. But that list is a vast undercount of actual infections. In Utah and Wisconsin, for instance, more than 14,000 minks died in recent weeks after contracting COVID infections initially spread by humans.

But scientists have cast a wide net investigating other animals that could be at risk. In states from California to Florida, researchers have tested species ranging from farmed minks and zoo cats to unexpected critters like dolphins, armadillos and anteaters.

So far, there’s limited evidence that animals are transmitting the virus to people. Veterinarians emphasize that pet owners appear to be in no danger from their furry companions and should continue to love and care for them. But scientists say continued testing is one way to remain vigilant in the face of a previously unknown pathogen.

“We just know that coronaviruses, as a family, infect a lot of species, mostly mammals,” said Dr. Peter Rabinowitz, a professor of environmental and occupational health sciences and the director of the University of Washington Center for One Health Research in Seattle. “It makes sense to take a species-spanning approach and look at a wide spectrum.”

Much of the testing has been rooted in scientific curiosity. Since the pandemic began, a major puzzle has been how the virus, which likely originated in bats, spread to humans. A leading theory is that it jumped to an intermediate species, still unknown, and then to people.

In April, a 4-year-old Malayan tiger at the Bronx Zoo tested positive for COVID-19 in a first-of-its-kind case after seven big cats showed signs of respiratory illness. The tiger, Nadia, contracted the virus from a caretaker, federal health officials said. Four other tigers and three African lions were also confirmed to be infected.

In Washington state, the site of the first U.S. outbreak in humans, scientists rushed to design a COVID test for animals in March, said Charlie Powell, a spokesperson for the Washington State University College of Veterinary Medicine.

“We knew with warm-blooded animals, housed together, there’s going to be some cross-infection,” Powell said. Tests for animals use different reagent compounds than those used for tests in people, so they don’t deplete the human supply, Powell added.

Since spring, the Washington Animal Disease Diagnostic Laboratory has tested nearly 80 animals, including 38 dogs, 29 cats, two ferrets, a camel and two tamanduas, a type of anteater. The lab also tested six minks from the outbreak in Utah, five of which accounted for the lab’s only positive tests.

The vast majority of the tests have been in household cats and dogs with suspicious respiratory symptoms. In June, the USDA reported that a dog in New York was the first pet dog to test positive for the coronavirus after falling ill and struggling to breathe. The dog, a 7-year-old German shepherd named Buddy, later died. Officials determined he’d contracted the virus from his owner.

Neither the Centers for Disease Control and Prevention nor the USDA recommends routine testing for house pets or other animals — but that hasn’t stopped owners from asking, said Dr. Douglas Kratt, president of the American Veterinary Medical Association.

“The questions have become a little more consistent at my practice,” he said. “People do want to know about COVID-19 and their pets. Can their pet pick it up at a clinic or boarding or in doggie day care?”

The answer, so far, is that humans are the primary source of infection in pets. In September, a small, unpublished study from the University of Guelph in Canada found that companion cats and dogs appeared to be infected by their sick owners, judging by antibodies to the coronavirus detected in their blood.

In Texas, Hamer started testing animals from households where someone had contracted COVID-19 to learn more about transmission pathways. “Right now, we’re very much trying to describe what’s happening in nature,” she said.

So far, most of the animals — including Phoenix, Romoser’s cat — have shown no signs of illness or disease. That’s true so far for many species of animals tested for COVID-19, veterinarians said. Most nonhuman creatures appear to weather COVID infection with mild symptoms like sniffles and lethargy, if any.

Still, owners should apply best practices for avoiding COVID infection to pets, too, Kratt said. Don’t let pets come into contact with unfamiliar animals, he suggested. Owners should wash their hands frequently and avoid nuzzling and other very close contact, if possible.

Cats appear to be more susceptible to COVID-19 than dogs, researchers said. And minks, which are farmed in the U.S. and elsewhere for their fur, appear quite vulnerable.

In the meantime, the list of creatures tested for COVID-19 — whether for illness or science — is growing. In Florida, 22 animals had been tested as of early October, including three wild dolphins, two civets, two clouded leopards, a gorilla, an orangutan, an alpaca and a bush baby, state officials said.

In California, 29 animals had been tested by the end of September, including a meerkat, a monkey and a coatimundi, a member of the raccoon family.

In Seattle, a plan to test orcas, or killer whales, in Puget Sound was called off at the last minute after a member of the scientific team was exposed to COVID-19 and had to quarantine, said Dr. Joe Gaydos, a senior wildlife veterinarian and science director for the SeaDoc Society, a conservation program at the University of California-Davis. The group missed its September window to locate the animals and obtain breath and fecal samples for analysis.

No one thinks marine animals will play a big role in the pandemic decimating the human population, Gaydos said. But testing many creatures on both land and sea is vital.

“We don’t know what this virus is going to do or can do,” Gaydos said.