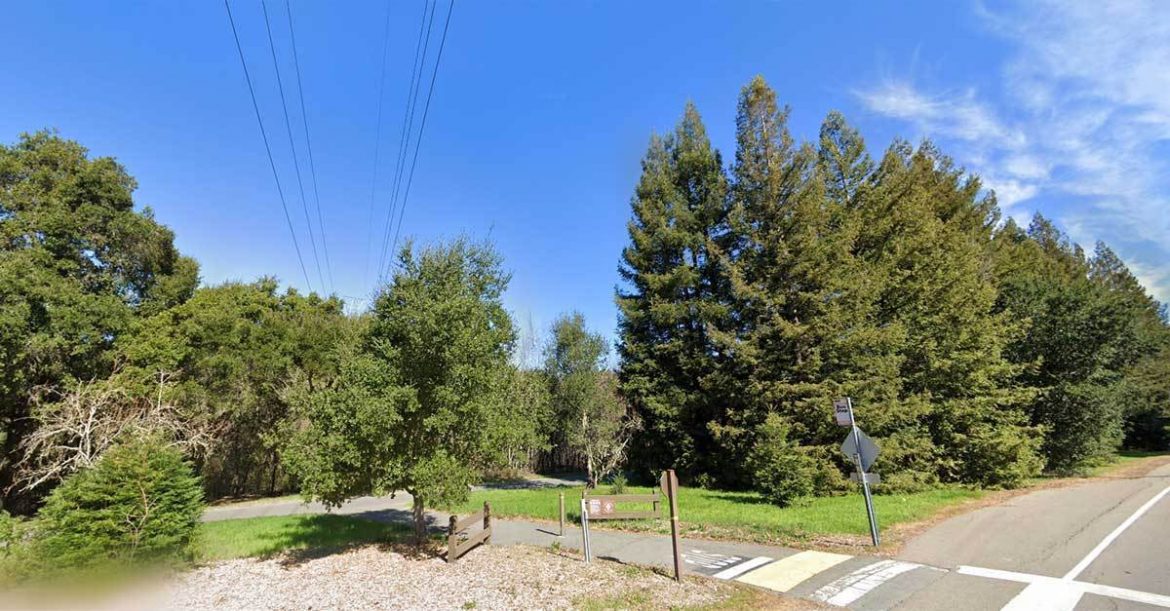 Power lines cross St. Marys Road near the tree-lined entrance to the Lafayette-Moraga Regional Trail in this undated image. The city of Lafayette has won a temporary injunction against PG&E over the utility's plan to remove 17 trees in the area. (Google image)

A United States Bankruptcy Court judge on Tuesday granted a temporary restraining order stopping PG&E from cutting down 17 trees along the Lafayette-Moraga Regional Trail — trees that have been at the heart of a running dispute between the city and the utility.

At a special meeting this past Thursday, the City Council voted to sue PG&E for failing to abide by the terms of a 2017 Tree Removal Agreement with the city.

That lawsuit, filed Friday in the United States Bankruptcy Court for the Northern District of California, came three days after PG&E told the city it planned to remove the 17 trees along the regional trail, a onetime railroad right-of-way, which is East Bay Regional Park District property but within the city of Lafayette. The tree removal was to have started as early as Monday, Nov. 16.

The 2017 agreement stipulates that the utility cannot remove trees within Lafayette city limits until all obligations in the agreement have been met. According to the city, “PG&E has not met its obligations under the (2017) agreement to provide all information required by the city’s Tree Protection regulations.”

A follow-up hearing was expected to be scheduled for later this week, said Jeff Heyman, a Lafayette city spokesman.

In May, the City Council agreed to allow PG&E to remove 141 trees along St. Marys and Moraga roads ahead of a summer gas pipeline project. The city ultimately agreed with PG&E that the project was exempt from the city’s tree ordinance.

The Lafayette and PG&E Tree Removal Agreement can be found online.

The 2017 Tree Removal Agreement is a byproduct of Lafayette’s conflicts with PG&E after its introduction in 2014 of the Pipeline Pathways Project (later renamed the Community Pipeline Safety Initiative), a statewide plan to clear obstructions (mostly trees and brush) from the utility’s 6,750 miles of underground gas lines from Bakersfield north to Eureka.

Many cities, including Lafayette, pushed back on what some considered an overaggressive tree-removal program in which cities weren’t consulted before the program was rolled out. It came after the 2010 San Bruno gas pipeline explosion that killed eight people and destroyed 38 homes.