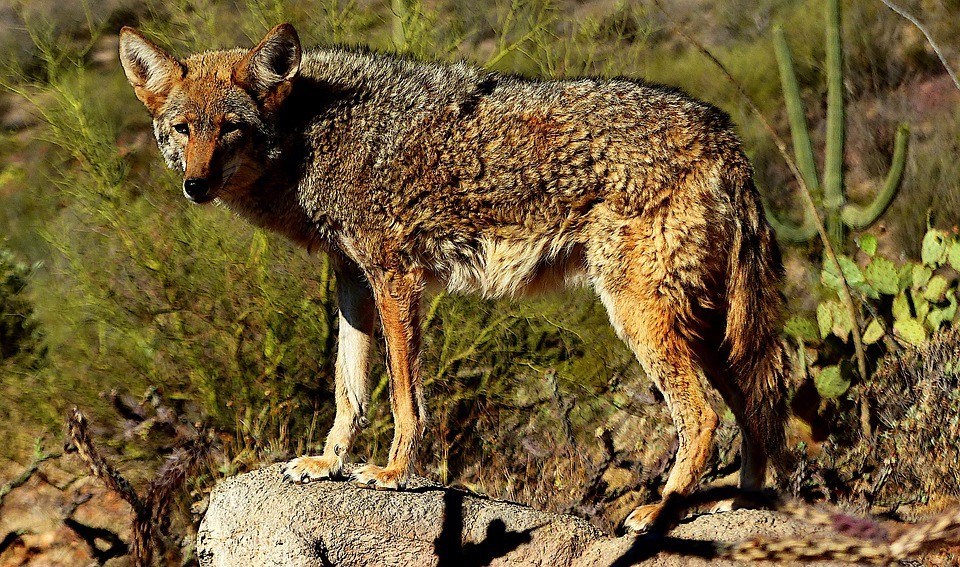 Lafayette resident Nikki Vilas walks her dog not long after the sun rises. At least she did last summer.

She watched one with a cat in its jaws run across her driveway.

“The last coyote I encountered stopped me from walking my dog at that hour,” Vilas said. “This one was running up behind us. A neighbor saw it and yelled to watch out. The coyote was directly behind us and veered off at the last minute when I turned around.

“I’m fairly certain the coyote wanted my small dog,” Vilas said. “I believe it gave up its mission while I turned around and confronted it.”

Coyote encounters aren’t rare in California suburbs. Nor are missing cats, some of which unfortunately become prey.

But Contra Costa County residents near the Las Trampas Regional Wilderness — in Alamo, Walnut Creek and Lafayette — say there’s been an uptick in sightings in 2020 — and in missing cats, if the dozens of flyers posted on telephone poles this year are a good indicator.

“It’s hard to say if there are more coyotes or if they’re just being observed more frequently because park visitor numbers are through the roof, and/or possibly coyotes are also being attracted to the food stuffs that humans bring with them and discard,” said Doug Bell, the wildlife program manager for the East Bay Regional Park District. “It may be a combination of all these factors, possibly even coupled with the dry conditions and numerous wildlife fires that have reduced overall habitat suitability and prey availability.”

Then there’s COVID-19, which — at least for part of the year — reduced traffic in some areas and kept humans indoors, which is why so many pictures of coyotes running around the streets of San Francisco went viral on the internet earlier this year.

“Coyotes are real ‘culture followers’ in that they have taken up residence in our towns and cities nationwide,” Bell said. “Most interactions with humans tend to involve coyotes following dog walkers because they view the dogs as prey, as a threat to themselves, or their pups, or even as possible playmates.”

By October, dozens of Contra Costa County residents took to social media, sharing tales of sightings and missing pets. Many said they’d never heard of so many sightings in the area.

Some told of finding deer carcasses or stray bits of other animals they believe came from cats.

“It has steadily increased the last six to eight months,” Van Laak said. “People seem unconcerned that there are packs of coyotes in our midst. They’ve been captured on phones and video to share, and we all marvel at nature and their beauty, yet don’t seem to fully grasp how predatory and dangerous they are left unchecked and allowed free range.”

Lindsay McCarrick of Alamo said neighbors have sighted coyotes on her street. One of her cats went missing in March; another disappeared a month later.

“We are next to Walnut Creek open space, behind our house,” she said. “We have had these two outdoor cats for the past five years in this area. So many cats seem to have gone missing locally in the past six months.”

Lafayette resident Sian de Freyssinet said she had three cats disappear over the summer. All three were indoor-outdoor cats and never strayed far from home.

“We came back from a weeklong vacation in mid-August and they were just gone,” she said. “I can only think a coyote got them while we were away.”

Coyotes are native to North America and their main threat is humans, according to Santa Cruz County wildlife rehabilitation group Native Animal Rescue (NAR). Animals like wolves and mountain lions, which kept coyote populations in check, were hunted to near-extinction in the 19th and 20th centuries.

According to NAR, an estimated 30% to 50% of adult coyotes die each year from human-related causes.

California Department of Fish and Wildlife environmental scientist John Krause said, “the volume of coyote calls has been pretty typical for the year, maybe slightly higher due to more people working from home because of COVID.”

Krause suggested residents check out a resource on the department website, called Keep Me Wild, at https://wildlife.ca.gov/Keep-Me-Wild/Coyote. Some of the information is obvious, such as don’t feed wildlife, eliminate incentives for wildlife to come onto your property by securing garbage, keep pets indoors at night, and install deterrents like motion sensor lights.

The website also points out how smart and adaptable coyotes have learned to live “comfortably” alongside humans in residential neighborhoods, and that people have contributed to this by being careless with food and garbage. Relocating coyotes isn’t an option, it says, because they then just become someone else’s problem.

“Coyotes play an important part in the ecosystem, helping to keep rodent populations under control,” the website says. “They are, by nature, fearful of humans, though that can change with increased access to human food and garbage.”