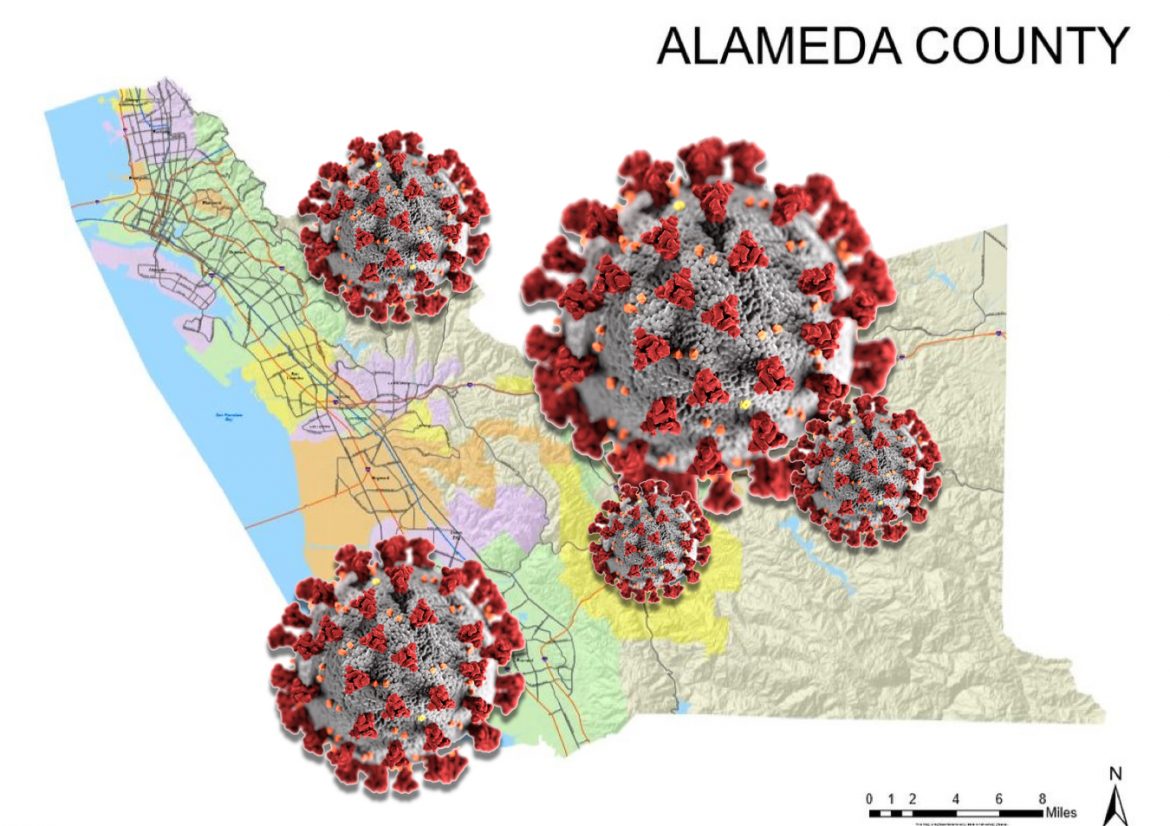 While Alameda County’s rate of new coronavirus cases continues to rise, the county is not seeing the same level of hospitalizations as it did earlier this year, the county’s health officer said Tuesday.

Speaking to the county Board of Supervisors, Dr. Nicholas Moss said the county’s unadjusted number of new cases per day per 100,000 residents is around 12.

However, Moss said back-of-the-envelope calculation including recently reported test data puts that case rate closer to 14 per 100,000 residents, comparable to the level of virulence the county saw during the summer wave of cases. “The data from the last few days is still maturing,” he said. “Things tend to come in over time. But we haven’t seen any evidence of stabilization.”

The county is still behind its summer peak of 213 hospitalizations for COVID-19, according to Moss. The county could still reach some 250 hospitalized patients before the end of the year.

“There’s a strong possibility that things could continue to worsen before they improve,” he said.

The county remains in the “purple” tier of the state’s pandemic reopening system, the most restrictive of the system’s four tiers.

While the tier placement forced the county to suspend business activities like indoor dining and gyms operating indoors, schools that reopened while the county was out of the purple tier will be allowed to remain open. K-6 schools were allowed to resume in-person classes from Oct. 13 to Nov. 17, according to Moss, while middle and high schools could reopen between Nov. 9 and Nov. 17. Roughly 80 schools reopened in the county before it moved back to the purple tier, Moss said.

Schools that have yet to reopen will be required to wait until the county has been out of the purple tier for at least two consecutive weeks.

Moss suggested the current surge could ultimately last from a few weeks to a few months depending on how much local and state activity restrictions help lower case rates as well as how quickly a vaccine is dispersed to the mass market.

“What we are seeing in Alameda County is consistent with what is being seen across the region and across the state,” he said. “And … some of our closest neighbors could be seeing perhaps even more concerning indicators.”

COVID-19 is widespread in Alameda County and the Bay Area. Please stay home for the holidays, avoid gatherings, wear face coverings, and keep your distance from others. Thank you for protecting yourself and your loved ones.