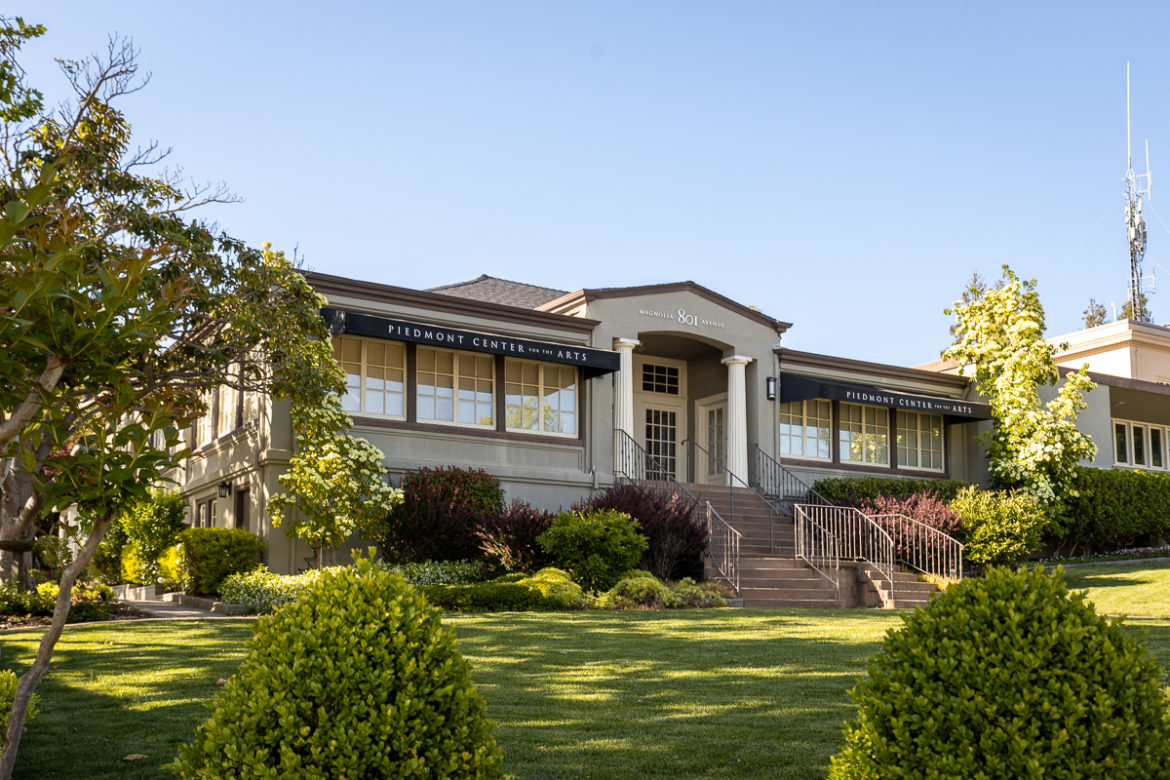 On Monday night, the Piedmont City Council will begin the process for striking a new lease agreement with the Piedmont Center for the Arts at the city-owned building at 801 Magnolia Ave.

The proposal to be discussed Monday calls for a second 10-year lease at $1 a year, and with some new conditions proposed by the city, notably increased public access to the 801 building. This access could take the form of scheduling private non-arts-related rentals that don’t adversely impact scheduled PCA events or programs. The city could collect, and keep, the rent from a wider variety of users there, not necessarily arts-related.

Sue Malick, president of the Piedmont Center for the Arts board of directors, said she strongly supports the city’s proposal, including for more city influence in activities scheduled there.

“We’ve brought many things from the world to Piedmont, and we’ve championed our own,” Malick said. “We’ve done a great service to this city.”

Though she said her board is always open to more artistic diversity, Malick said the PCA has been doing a good job of keeping things varied over the past decade.

“It’s not all gray-haired people listening to music by dead European white men,” she said.

Others say they favor even greater city oversight of the 801 building, and ask why, when the current lease doesn’t expire until June 2021, there’s a move to begin the process now, without some more public discussion about it.

“I don’t see why a lease (agreement) has to happen now,”  said Garrett Keating, who as a City Councilman in 2011 helped work out the original  PCA lease for 801. He and others would rather a wide-ranging public discussion be held about the building’s future before a new lease is finalized.

For Keating and other critics of approving another $1-a-year lease sooner than later, there are two main reasons for reconsidering the lease. One is about who can book time and space at the center.

“Some of us, basically, want to see more access,” Keating said. A number of groups, he said, have tried booking space and time at 801, only to be told “no” because they are not specifically “art groups.”

The other reason is economic. Some Piedmonters assert that, under tighter city control, the city could rent the facilities to more users than the PCA now does. While Keating said the economic aspect is strictly secondary to him, others have said the city could see as much as $260,000 a year in rental income if the lease was worked differently.

The failure of ballot Measure TT, the transfer tax increase, earlier this month figures to make new income from the Piedmont Center for the Arts that much more attractive.

Malick doesn’t believe the 801 building would be a significant cash cow for the city. “It’s a falsehood that we’re sitting on a big pile of money,” she said. She also noted the extensive upgrades and improvements the PCA has made to the 801 building, which it paid for and that could be a major expense to the city, depending on how a new lease is worked out..

The city’s report (https://piedmont.ca.gov/common/pages/DisplayFile.aspx?itemId=17199779) offers what it calls a fairly close comparison with the city’s Veterans Hall, which in 2018-2019 netted approximately $17,000 for the city ($76,000 rental activity income balanced out by $59,000 in maintenance and other expenses).

“Without major renovation to add a kitchen, the main hall at 801 Magnolia Ave. would be most suited to recreation programming, community group meetings and small events,” the city report says.

As for increased public access and more varied (that is, more non-arts) program offerings, the proposed lease agreement calls for more city programs and private non-arts-related rentals to be accepted, if they do not adversely impact scheduled PCA events or programs. That isn’t necessarily the degree of additional community access some residents have called for, but it would formalize an increase in such bookings.

Malick calls those measures “fair,” and said she has already spoken with members of some groups, including the Piedmont Racial Equity Campaign and the Piedmont Asian American Club, about how the 801 building could figure into their plans.

While some Piedmonters have said addressing a new lease seven months before the old one expires seems to be happening too quickly, that there’s plenty of time to thoroughly discuss the possibilities, Malick said some of the musicians and other artists that come to Piedmont are booked a year or more ahead of time, and that having future plans in place makes that process easier.

“From a planning perspective, it makes sense to consider now whether or not PCA will continue to operate out of 801 Magnolia in the future,” said Piedmont City Administrator Sara Lillevand in an email. “If PCA is approved to continue its operations there, they need to plan ahead for both programming and facility renovation projects.

“If not approved to continue at 801,” Lillevand added, “PCA needs time to plan an alternative future and the city needs time to explore and plan for other uses.”

Malick is fiercely proud of what the PCA has accomplished over the past 9 ½ years, and said the city has been a key beneficiary.

“We’ve had world-class performers from all over the world, doing many different things, and we’ve been good stewards of that building,” she said.

Monday’s City Council meeting is scheduled to begin at 6:45 p.m. It’s a virtual meeting using Zoom; to watch or take part, go to https://us02web.zoom.us/j/82154878172  or https://piedmont.ca.gov/government/meeting_videos