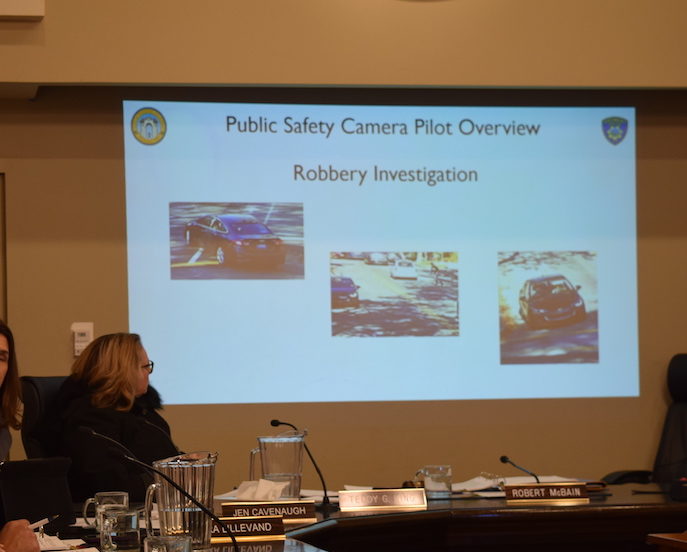 The Piedmont Police Department will receive a $100,000 state grant for “front line” uses including helping with rollout of the city’s Public Safety Camera Program, and making improvements to the department’s briefing room.

Monday night, the Piedmont City Council approved accepting that grant, as well as a plan for using that money, along with an additional $506,000 from similar grants received in previous years and not yet spent.

In addition to approving $300,000 of that money for the public safety cameras and related software and $225,000 spent on modifications at the police station (including for public safety camera-related equipment), another $80,000 is earmarked for safety gear, field supplies, social media consulting and web page support for crime prevention and other community outreach, and overtime for officers covering community events, special patrols, the department’s juvenile officer and other staff support.

The newest $100,000 grant was through the 2019-2020 California Citizens Option for Public Safety grant. Such grants have been made by the state to cities and counties since 1997 to augment policing resources at the local level. Vice Mayor Teddy Gray King called COPS “the granddaddy of federal and state grants,” a mainstay for local governments.

The grant money is supposed to supplement, and not replace, existing local funding. The size of these grants is mostly a function of a city’s or county’s population.

The first public safety cameras in Piedmont were installed more than three years ago at the intersection of Oakland Avenue and Grand Avenue. In October, Piedmont police Chief Jeremy Bowers told the council he hopes  cameras could be in operation at more local intersections by April 2021.

Turkey Trot nixed this year due to COVID concerns

The reason, as with this year’s cancellations of so many other things that bring joy to people’s lives, is the continuing COVID-19 pandemic. Lillevand said the organizers of the annual run, held for the first time in 2002, are working to create an alternative event.

Among a handful of other matters addressed by the City Council Monday night was formally accepting work done by Vintage Contractors Inc. as part of the Main Park Tennis Court Renovation Project. The council authorized the work in August, and the courts reopened Oct. 19.

The acceptance of work had been part of Monday night’s council “consent calendar,” meaning no discussion of the tennis court work was anticipated. But King wanted to say a few words about the work, and the importance of the tennis courts in general.

She said that, during the most restrictive part of the COVID-19 lockdown, that the Piedmont tennis courts gave her a place to get out of the house and see friends and play with her kids when few other places were open and available.

“This is one of the things that shows even the most mundane of city (actions) can really affect lives,” King said.