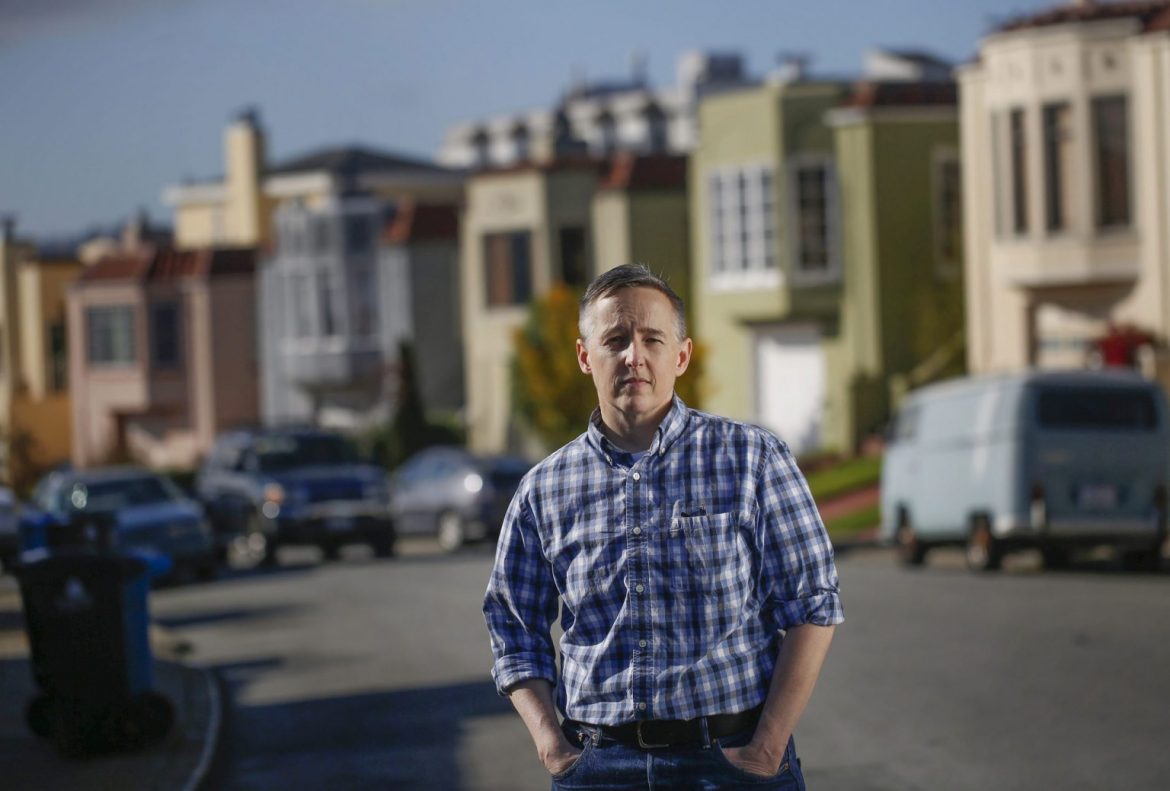 (Photo courtesy of the Criterion Channel)

Jenni Olson’s films offer a refreshing respite from the overwhelming clamor of our times, a collection of reflective films that squeegee the brain of the swirl of hyperactive edits, flashy advertising images and abrasive kabooms.

From “The Joy of Life” to “The Royal Road,” Olson takes our hands and encourages us to slow down a little and become one with the words and the landscapes. Watching an Olson film takes on a form of cinematic meditation, a nourishing experience.

By no means is that an accident. One of the Minnesota native’s goals is “to slow you down and to remind you that time is passing,” the LGBTQ film historian, preservationist, filmmaker and archivist says.

Through her shorts and features, Olson charts not only the history of California, specifically that of the Bay Area, but also her own personal history as a butch lesbian in the City by the Bay.

This year has been a standout on a professional level for Olson, who recently relocated — to the dismay of some — from San Francisco to Berkeley.

In 2020 alone, the 58-year-old provided audio commentary to accompany the restoration of the influential 1931 queer classic “Mädchen in Uniform” for Kino Lorber, has been pivotal in preserving the cinematic legacy of iconic SF-based filmmaker Arthur J. Bressan Jr. through The Bressan Project and has a film collection — featuring numerous items from her memorabilia collection — installed in the Harvard Film Archive.

But perhaps the most high-profile honor is the prestigious Criterion Channel’s “Films by Jenni Olson” section, available now. It showcases five of her works, the long-form “The Joy of Life” and “The Royal Road,” and the short films  “Blue Diary,” “575 Castro St.” and “In nomine Patris.”

In each film, Olson hones in on various streets and sites in the Bay Area — some well-known, such as the Golden Gate Bridge, to spots of lesser renown, such as a white wall on Capp Street — and stays on them for a long time, a spell, if you will.

While living in San Francisco and being out and about, Olson would eye a location that would pair appropriately with voice-over narration. She’d jot it down on a scrap of paper, and that pile just keeps growing.

Key to pinpointing the ideal spot is having a visual that seems like it would not be out of place in the future.

“I like the idea that I’m a historian of Bay Area landscapes,” she says. “I always want the images to have a certain timelessness to them.” To achieve that, she avoids billboards, yellow crosswalks and other visual distractions that can take us out of the picture.

“I’m thinking about your eyeballs, and they need a break,” she said. “What that means is that your soul needs a break.”

Although there’s a sense of being lulled while watching Olson’s films, they also can enact change. That certainly was the case of 2005’s “The Joy of Life,” which opens with Olson’s trademark melding of Bay Area history and memories, and then later addresses Golden Gate Bridge suicides and the need for a barrier to prevent further tragedies.

Olson didn’t intend to make an activist feature, but the story naturally ventured there.

It also tapped into one of Olson’s “animating forces of storytelling — wanting to tell undertold histories that have a social component to them.”

“The Joy of Life” was instrumental, along with San Francisco Chronicle articles and the actions of other activists, to get a barrier in place. Olson became so invested in the cause, she even mailed the Golden Gate Bridge district board VHS tapes of her film, each copy queued to her latter segment on the Bridge. It worked.

No less powerful than “Joy” is her seven-minute short “575 Castro St.,” which came about while the Oscar-winning 2008 movie “Milk” was filming in the Castro. Olson was commissioned to create an additional feature to be placed on the film’s website.

It almost seems preordained that Olson — an avid collector of both audio and film tapes — would be the person leading the project, having been instrumental in the digitization of an audio cassette tape that Harvey Milk made in 1977 and wanted to be played in case he was assassinated. Sound designer Jim Lively helped make that happen.

Olson was so haunted and moved by Milk’s voice and words after hearing the tape given to her by Milk’s lawyer that she kept the audio on her phone and replayed it countless times for inspiration and direction.

Olson and her cinematographer decided that overlaying the words with the shadowy images within the re-creation of Milk’s camera shop would have the most impact. It was daunting to think about.

“It felt like a big responsibility to tell that story,” she recalls. But it paid off with the fusion of visuals and words creating, in essence, a sort of seance with Milk.

Olson’s next projects include a feature-length film much in the same vein of her previous works, as well as a book. In between, she continues advocating for film preservation at a time when collections are being lost forever. One of the saviors has been the Criterion Collection, which has been protecting films on the brink, she says.

As for the move away from a city she’s been synonymous with, Olson is feeling quite content in Berkeley.

“I honestly don’t miss it [San Francisco],” she says. “‘I’m really grateful to be in Berkeley … it’s very peaceful.”

For the Criterion Channel collection — including an interview with Olson — visit https://www.criterionchannel.com/films-by-jenni-olson