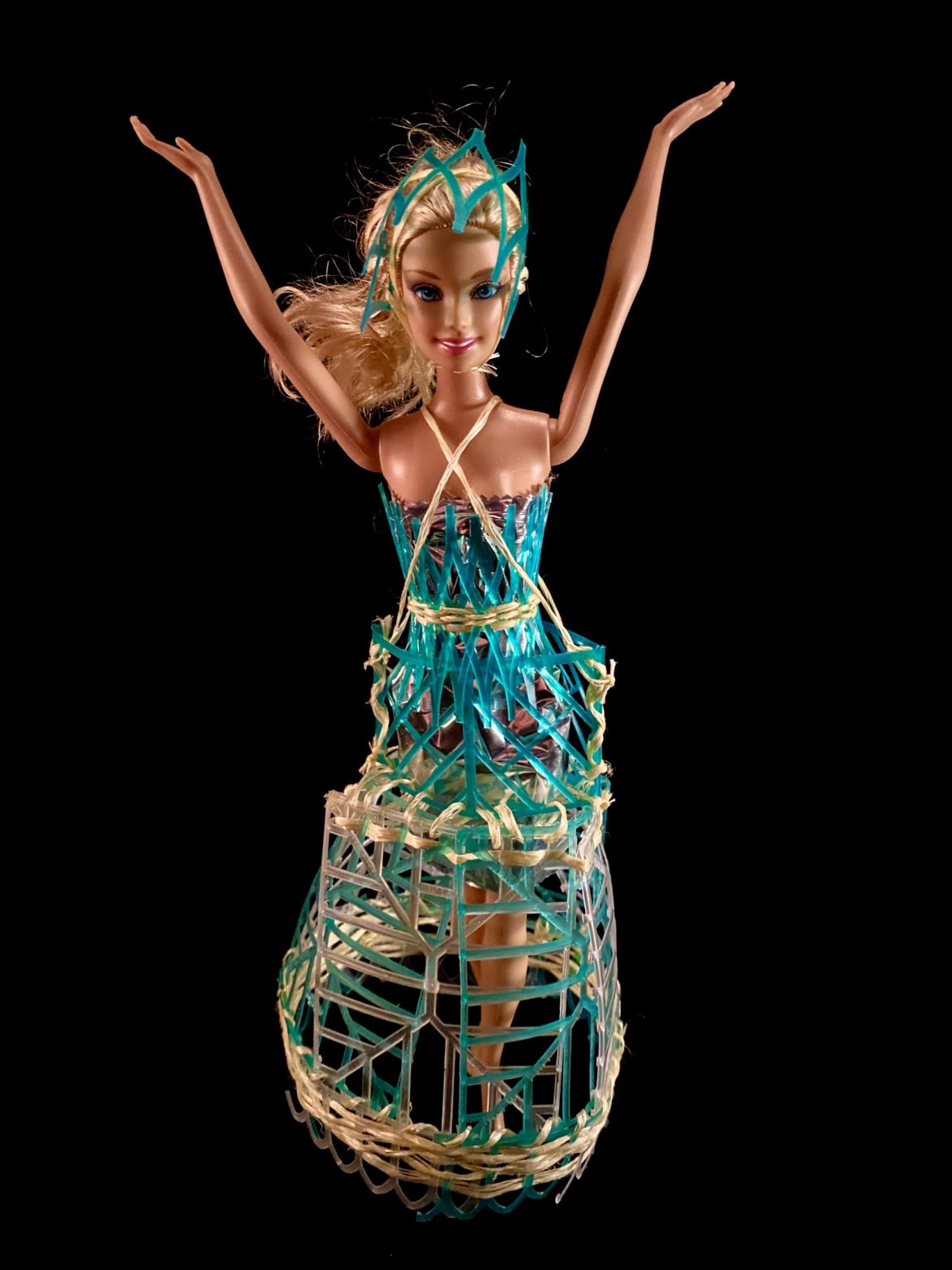 Sporting a jaunty cap made of a recycled pacifier, one of many Barbie dolls decked out in trash-based fashion took the spotlight in a virtual runway show at the Sonoma Community Center this past weekend.

The “Barbie: Reclaimed & Reinvented” Zoom meeting was part of the center’s ongoing 10th annual “Trashion Fashion” event in which models — and Barbie dolls — show off clothing made from cast-off and recycled materials.

One doll’s shiny tinfoil strapless top, closely molded to her upper body, demonstrated that detritus need not be déclassé.

The hosts held up doll after doll for examination, enthusing over the inventive transformations. The show also included hilarious videos, one involving a courtship between a Ken and a Barbie wearing a skirt made of bright orange teabag containers.

On a more serious note, one doll wore long black judges’ robes and a recycled lace collar in homage to Ruth Bader Ginsburg, the associate Supreme Court justice who died in September. Another doll was dressed as a suffragist, celebrating the 100th anniversary in 2020 of women’s right to vote.

Around 600 people attended last year’s in-person event, and more than 100 people showed up for Saturday’s virtual event, exceeding the number of people allowed to attend by Zoom.

The Barbies and their tiny haute poubelle (trash) outfits were mostly made by community members, though some came from as far away as Arkansas and New Jersey.

“At the end of the day, this is about creative waste management — how we give everything a second life” to avoid the planet being buried in garbage, Jackson said.

In the chat section, Sloane Pagal, program manager for Zero Waste Sonoma, commented, “I want to thank the Sonoma Community Center for putting on this event, plus the Trashion Fashion show!

“When we start thinking of discarded items as useful materials we can shift our thinking to become more aware of our waste footprint and prioritize reducing and reusing. Great job everyone,” Pagal said.

The dolls are for sale in a silent online auction to raise funds for the center. Bids can be placed until 8 p.m. Nov. 21.