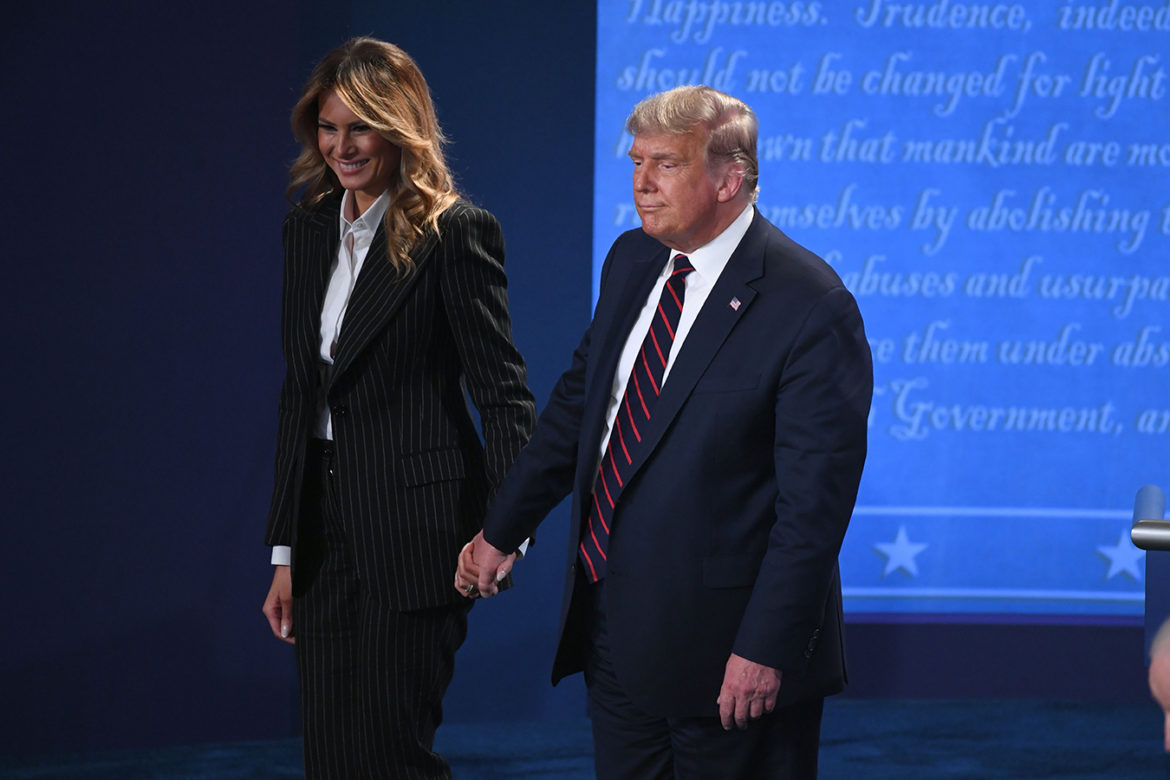 President Donald Trump’s COVID-19 diagnosis is raising fresh questions about the White House’s strategy for testing and containing the virus for a president whose cavalier attitude about the coronavirus has persisted since it landed on American shores.

The president has said others are tested before getting close to him, appearing to hold it as an iron shield of safety. He has largely eschewed mask-wearing and social distancing in meetings, travel and public events, while holding rallies for thousands of often maskless supporters.

The Trump administration has increasingly pinned its coronavirus testing strategy for the nation on antigen tests, which do not need a traditional lab for processing and quickly return results to patients. But the results are less accurate than those of the slower PCR tests.

Testing “isn’t a ‘get out of jail free card,’” said Dr. Alan Wells, medical director of clinical labs at the University of Pittsburgh Medical Center and creator of its test for the novel coronavirus. In general, antigen tests can miss up to half the cases that are detected by polymerase chain reaction tests, depending on the population of patients tested, he said.

The White House said the president’s diagnosis was confirmed with a PCR test but declined to say which test delivered his initial result. The White House has been using a new antigen test from Abbott Laboratories to screen its staff for COVID-19, according to two administration officials.

The test, known as BinaxNOW, received an emergency use authorization from the Food and Drug Administration in August. It produces results in 15 minutes. Yet little is independently known about how effective it is. According to the company, the test is 97% accurate in detecting positives and 98.5% accurate in identifying those without disease. Abbott’s stated performance of its antigen test was based on examining people within seven days of COVID symptoms appearing.

The president and first lady have both had symptoms, according to White House chief of staff Mark Meadows and the first lady’s Twitter account. The president was admitted to Walter Reed National Military Medical Center on Friday evening “out of an abundance of caution,” White House press secretary Kayleigh McEnany said in a statement.

Vice President Mike Pence is also tested daily for the virus and tested negative, spokesperson Devin O’Malley said Friday, but he did not respond to a follow-up question about which test was used.

“I have not seen any independent evaluation of the Binax assay in the literature or in the blogs,” Wells said. “It is an unknown.”

The Department of Health and Human Services announced in August that it had signed a $760 million contract with Abbott for 150 million BinaxNOW antigen tests, which are now being distributed to nursing homes and historically black colleges and universities, as well as to governors to help inform decisions about opening and closing schools. The Big Ten football conference has also pinned playing hopes on the deployment of antigen tests following Trump’s political pressure.

However, even senior federal officials concede that a test alone isn’t likely to stop the spread of a virus that has sickened more than 7 million Americans.

“Testing does not substitute for avoiding crowded indoor spaces, washing hands, or wearing a mask when you can’t physically distance; further, a negative test today does not mean that you won’t be positive tomorrow,” Adm. Brett Giroir, the senior HHS official helming the administration’s testing effort, said in a statement at the time.

Trump could be part of a “super-spreading event,” said Dr. Michael Osterholm, director of the Center for Infectious Disease Research and Policy at the University of Minnesota.

Given the timing of Trump’s positive test — which he announced on Twitter early Friday — his infection “likely happened five or more days ago,” Osterholm said. “If so, then he was widely infectious as early as Tuesday,” the day of the first presidential debate in Cleveland.

At least seven people who attended a Rose Garden announcement last Saturday, when  Trump announced his nomination of Judge Amy Coney Barrett to the Supreme Court, have since tested positive for the coronavirus. They include Trump’s former adviser Kellyanne Conway, Republican Sens. Mike Lee and Thom Tillis, and the president of the University of Notre Dame, the Rev. John Jenkins.

Experts say it’s too soon to say whether Trump was infected in a super-spreader event. “The president and his wife have had many exposures to many people in enclosed venues without protection,” so they could have been infected at any number of places, said Dr. William Schaffner, an infectious disease specialist at the Vanderbilt University School of Medicine.

Although Democratic presidential candidate and former Vice President Joe Biden tested negative for the virus with a PCR test Friday, experts note that false-negative results are common in the first few days after infection. Test results over the next several days will yield more useful information.

It can take more than a week for the virus to reproduce enough to be detected, Wells said: “You are probably not detectable for three, five, seven, even 10 days after you’re exposed.”

In Minnesota, where Trump held an outdoor campaign rally in Duluth with hundreds of attendees Wednesday, health officials warned that a 14-day quarantine is necessary, regardless of test results.

“Anyone who was a direct contact of President Trump or known COVID-19 cases needs to quarantine and should get tested,” the Minnesota Department of Health said.

Ongoing lapses in test result reporting could hamper efforts to track and isolate sick people. As of Sept. 10, 21 states and the District of Columbia were not reporting all antigen test results, according to a KHN investigation, a lapse in reporting that officials say leaves them blind to disease spread. Since then, public health departments in Arizona, North Carolina and South Dakota all have announced plans to add antigen testing to their case reporting.

Requests for comment to the D.C. Department of Health were referred to Mayor Muriel Bowser’s office, which did not respond. District health officials told KHN in early September that the White House does not report antigen test results to them — a potential violation of federal law under the CARES Act, which says any institution performing tests to diagnose COVID-19 must report all results to local or state public health departments.

Dr. Amesh Adalja, a senior scholar at the Johns Hopkins University Center for Health Security, said it’s not surprising that Trump tested positive, given that so many of his close associates — including his national security adviser and Secret Service officers — have also been infected by the virus.

“When you look at the number of social contacts and travel schedules, it’s not surprising,” Adalja said.