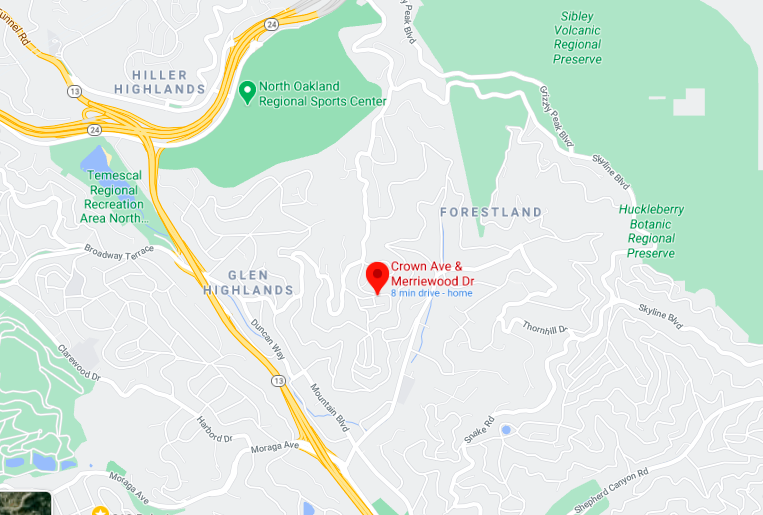 Fire officials said a two-alarm fire in the Oakland hills first reported Tuesday morning has been confined to two structures and some vegetation.

The fire is under investigation, but OFD reports that the cause appears to be related to a generator.

As of 10:50 a.m., there were no evacuation orders for the fire at Merriewood Drive and Crown Avenue, Oakland fire spokesman Michael Hunt said.

No one had been injured, he said. But as a two-alarm response and an active fire and firefighters were asking people to avoid the area, Hunt said. About 30 firefighters were on the scene, including strike teams from other jurisdictions who were pre-positioned in the area.

The blaze was first reported at about 9:45 a.m. and was apparently caused by a generator, according to a notice sent out by the Piedmont fire department.

The East Bay Hills have been under a Red Flag Warning since Sunday night due to extreme dry conditions and high winds.

The fire broke out in close proximity to where the 1991 Oakland hills fire occurred near the Broadway Terrace neighborhood.