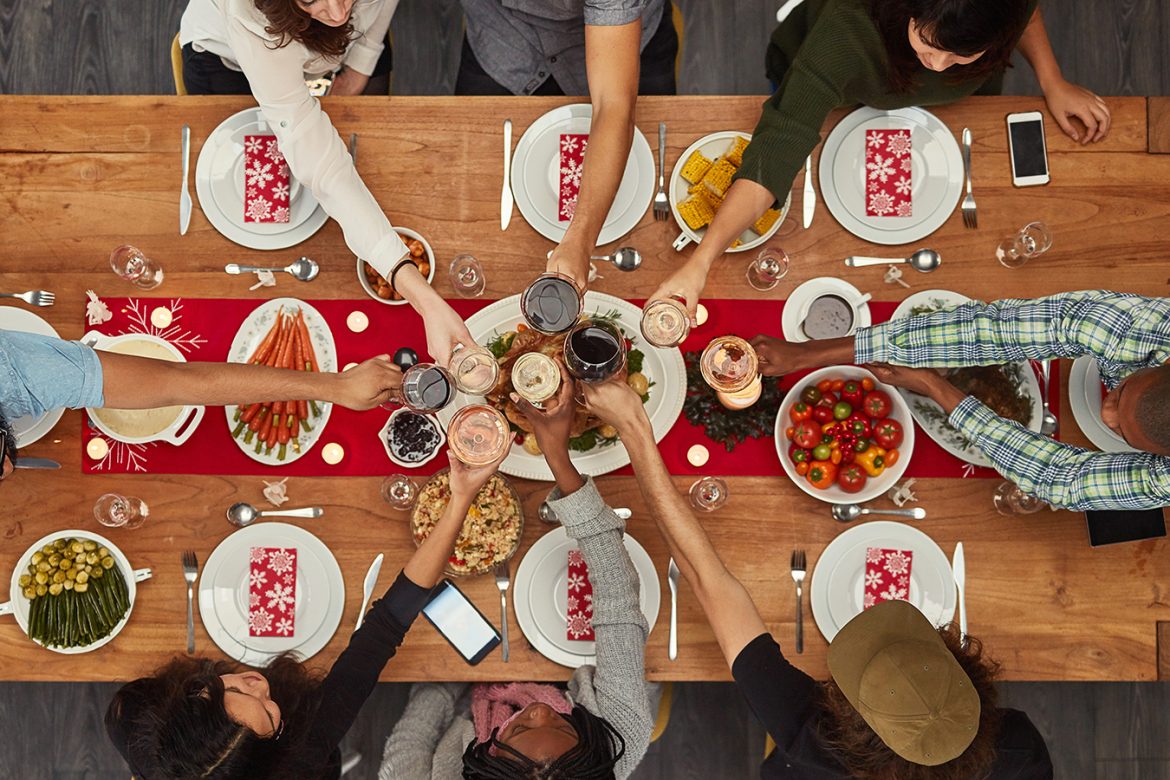 Molly Wiese was truly stumped. Her parents and siblings live in Southern California, and Wiese, a 35-year-old lawyer, has returned home every Christmas since she moved to Minnesota in 2007.

Because of the pandemic, Wiese thought it would be wiser to stay put for once. But in June, Wiese’s father was diagnosed with stage 4 cancer, and they feared this could be his final holiday season.

Should she fly with her husband and two young sons to California, putting her immunocompromised father at risk of COVID-19? Or stay home and miss out on making treasured holiday memories with her parents and children?

Her children are in day care, and Wiese’s husband works at a school. They don’t have enough vacation time to self-quarantine before or after a flight, and driving eight days round trip isn’t practical.

She fears giving her father coronavirus. But her parents, who live in the Inland Empire city of Yucaipa, believe it’s worth the risk to see Wiese’s children and have “our normal Christmas,” she said.

“Ideally, we’d have a vaccine,” she said. “But I don’t think that’s a realistic expectation.” Pfizer, the apparent leader in the COVID vaccine race, says it won’t even be ready to apply for vaccine approval until late November at the earliest.

While Wiese’s conundrum is especially high-stakes, her story illustrates the tough decision millions of Americans are facing about whether and how to travel for the winter holidays.

The best way to avoid spreading disease would be to avoid traveling or widening one’s social circles. For local celebrations, self-quarantining for two weeks before a holiday event would minimize risk if all those invited committed to doing the same. But some people have to work outside the home.

For everyone, after at least seven months of being mostly sequestered, the winter holidays pose an almost insurmountable temptation. Even public health and infectious disease experts recognize the dilemma.

“There’s so much to be gained by physical touch, by being in that room and not in a two-dimensional Zoom or FaceTime screen,” said Dr. Peter Chin-Hong, an infectious disease specialist and professor of medicine at the University of California-San Francisco. “And even to embrace, with the right preparation.”

Dr. Anthony Fauci, the nation’s authority on infectious diseases at the National Institutes of Health, isn’t immune to the problem. He told PRI’s “The World” on Oct. 13 that he and his three adult daughters, each living in a different state, were still deciding whether being together would be “worth it.”

The next day, Fauci told “CBS Evening News” that his family’s Thanksgiving reunion was off, given the risks posed by air travel. “You may have to bite the bullet and sacrifice that social gathering, unless you’re pretty certain that the people that you’re dealing with are not infected,” he said.

Dr. Robert Redfield, director of the Centers for Disease Control and Prevention, and Dr. Deborah Birx, the Trump administration’s senior coordinator in the COVID fight, have both warned that Thanksgiving gatherings could spread the virus.

Officials in Los Angeles County, which has seen transmission rates increase in recent weeks, released similar guidance, acknowledging that people separated from their loved ones for months increasingly yearn for that contact.

“We are threading the needle here, but I think it is appropriate for us to try to do some of the activities that people are desperate to be able to do, with absolute adherence to the guidance,” Barbara Ferrer, director of the county’s public health department, said at an Oct. 14 news conference.

Around the world, national holidays have fueled the spread of COVID-19 in explosive ways. In China, where the pandemic started, an estimated 5 million people traveling for Chinese New Year left Wuhan, the epicenter of the outbreak, before a travel ban was enacted. In Iran, the pandemic was aided by Nowruz, a two-week spring celebration that prompted millions to travel. In Israel, parties and religious gatherings for Purim caused widespread transmission in late March.

Memorial Day, Fourth of July and Labor Day celebrations fueled surges in the United States, which is why Thanksgiving frightens public health officials. Last year, more than 55 million people were expected to travel during the days surrounding that fourth Thursday in November.

Nevertheless, officials across the nation are using a light touch when it comes to warnings. 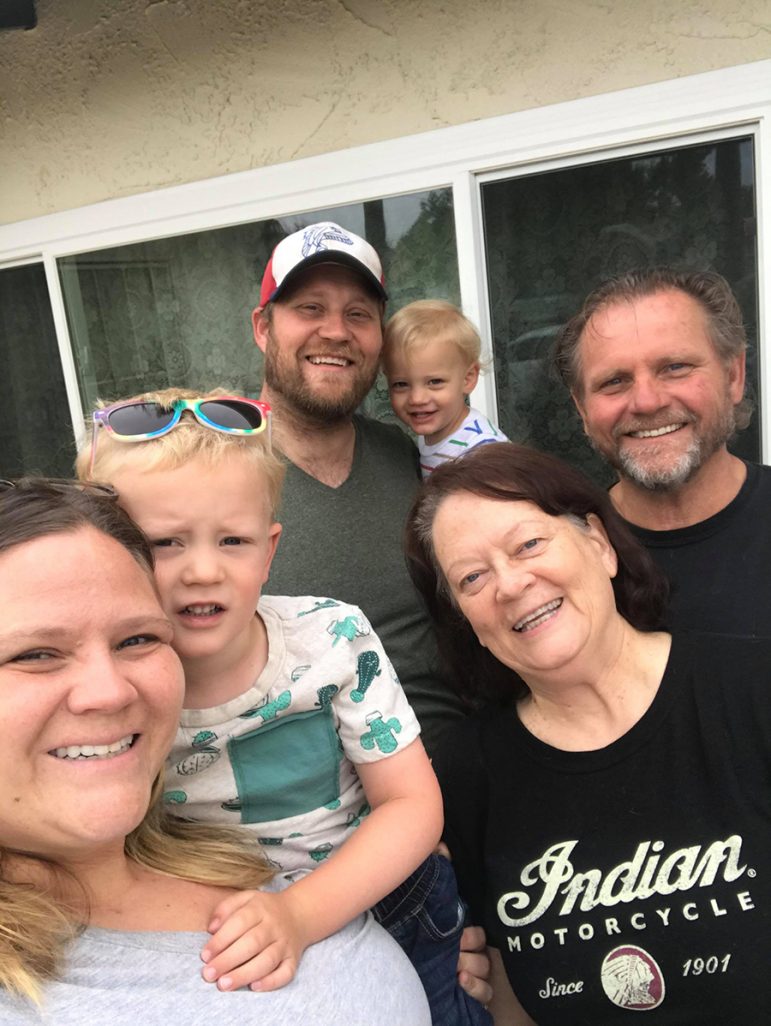 Molly Wiese’s father has late-stage cancer and she fears this could be his last holiday season. She struggled with whether she and her family should fly to Southern California to visit him for Christmas because she doesn’t want to put him at risk of contracting COVID-19. From left: Molly Wiese, son Calvin, husband Phil Wiese, son Bennett, and Wiese’s parents, Becky and Bill Miller. (Molly Wiese)

In Minnesota, where Wiese lives and cases are hitting record highs, officials urge the public to avoid crowded stores and large indoor gatherings with other households, but say outdoor Thanksgiving dinners with local friends and family are less risky. Their guidance doesn’t explain how to endure an outdoor Thanksgiving in Minnesota. The average high in Minneapolis on Nov. 26 is 33 degrees.

Michael Osterholm, director of the Center for Infectious Disease Research and Policy at the University of Minnesota, is waving his hands to stop the game.

If you can’t self-quarantine for 10 to 14 days before the event — that is, no contact with people besides members of your household who are also quarantining — don’t go to another household’s Thanksgiving dinner, he said: The state has already seen too many examples of vulnerable people becoming sick and dying after attending weddings, funerals and birthday parties.

“Let this be your COVID year,” Osterholm said. “It’s a very challenging year, but you don’t want to introduce this virus into family settings and experience the consequences.”

Osterholm and his partner will spend Thanksgiving and Christmas without extended family, even though their children and grandchildren are all local. Because all his grandchildren are in day care or school, there isn’t enough time for their families to self-quarantine before enjoying a holiday meal together.

He was sympathetic to Wiese’s “compelling” plight. If she decides to fly to California, he said, she should sequester her family as much as possible for 10 days beforehand, then spend no more than two days with her father.

“Even if she got infected, she wouldn’t be most infectious until probably day three,” he said. “So if she spends those two days with him, she can feel relatively good about the fact that she didn’t put them at risk.”

For those who do travel, driving is much safer than flying because drivers can be isolated in a household pod and avoid exposure to the coronavirus by forgoing restaurants and by disinfecting bathroom and gas pump handles before touching them.

Dr. Iahn Gonsenhauser, chief quality and patient safety officer for the Ohio State University’s Wexner Medical Center, said he plans to drive with his family — overnighting at a hotel on the way — to spend Thanksgiving with his sister’s family in Colorado.

He and his family keep to themselves and work from home as much as possible, leaving the house only for groceries and basic errands while eschewing restaurants and malls, he said. If anyone in either family began showing COVID symptoms, or had confirmed exposure to a COVID-positive person, the whole trip would be called off instantly.

“This is why we make all plans with a refundable reservation,” he said. “If people have no way of backing out of their reservations, they’re more inclined to push through an apparent risk.”

Chin-Hong offered this advice for holiday flyers: Get tested before the flight for peace of mind, buy tickets on a plane that is leaving middle seats empty, use highly protective N95 masks and possibly face shields, and blast the individual airplane vents directly onto each family member to disrupt potential virus particles. And, of course, wash your hands frequently.

Chin-Hong is taking that approach on a planned family trip to New York City to visit his mother, who is in her 80s and wants to see her son, daughter-in-law and grandchildren. Every visit they have could be their last, Chin-Hong said.

“To me, the risk-benefit ratio really supports me going to see her.”

After hearing the advice from Chin-Hong and other infectious disease experts, Wiese decided last weekend to buy plane tickets to visit her parents.

“It really did help us make a decision that was giving me a lot of anxiety,” she said.