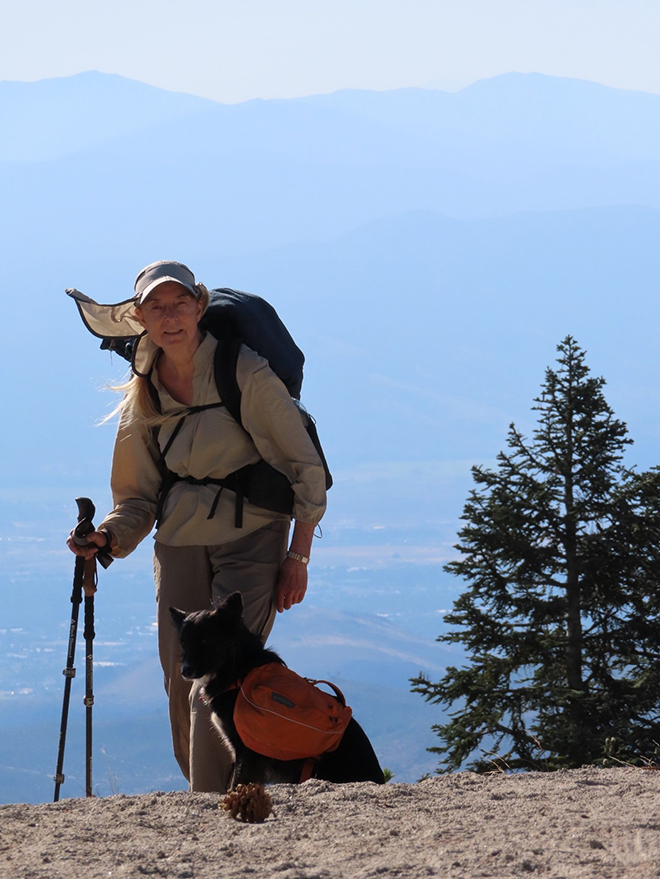 The Piedmont Council of the Boy Scouts of America (BSA) announced the retirement of Scout Executive Jo Hazelett on October 31 after 22 years of distinguished service in that position.

Although never a Scout, Jo’s sons enjoyed the program and her two 13-year-old granddaughters are now in Scouts. Her son tells her that although they have very busy schedules, they are having a lot of fun and learning things that he feels have not been available to them as girls through any other activities.

Jo was born in England and worked for several nonprofit organizations, including as a disaster director for the American Red Cross and development director for the East Bay Conservation Corps, now Civicorps, before beginning work with the Piedmont Council in November 1998—22 years ago. As Scout Executive, she has overseen the growth of our programs and our endowment fund; led countless programs and fundraising activities; and guided local expansions of our mission, notably now serving girls as well as boys in the flagship programs.

During her years at the helm she and her husband, Kerry, and dog, Mr. Cody, walked from Mexico to Canada on the Pacific Crest Trail and then turned around and hiked from Canada to Mexico on the Continental Divide. She also solo-hiked the John Muir Trail and the 500-mile Colorado Trail. In retirement, she and her husband are looking forward to their next adventure, possibly on the Appalachian Trail, when the pandemic allows. She keeps an online journal chronicling her journeys at www.postholer.com/Jo.

“Of all my memories of Piedmont Scouting,” Jo recalls, “one that stands out is in 2010, when Stephen Bechtel, Jr., a Piedmont Eagle Scout from Troop 4, learned that I had never been to a Jamboree. He insisted on picking up my husband, my dog, and me as we ended a section hike on the Continental Divide in Montana and taking us to the Jamboree in West Virginia on his jet. We had a blast…sort of ruined commercial flying for us for a while!”

“Jo has been a compelling ambassador for Piedmont Scouting throughout her long career,” said Wes Smith, past president and member of the BSA national executive board. “She has been instrumental in the growth of our endowment, better governance practices, and influence of the Piedmont Council in the larger Scouting movement.”

“Jo has been the backbone of the council,” said Anne-Marie Lamarche, past council president and current president of BSA’s Northern California/Nevada area. “She quietly but persistently guided the board, managed its many strong personalities, and skillfully worked with foundations and other donors. I am proud to call Jo a friend!”

Sue Smegal, Advisory Council member, said, “I can’t imagine our organization without Jo. She has been an outstanding leader. I’ve never worked with anyone like her, someone who could juggle ten balls in the air and stay grounded in our mission.”

Jo is sad to leave the community that she has been a part of for so long, but happy to have made some worthwhile contributions along the way. She is excited to begin a new journey.

Piedmont Scouting serves some 1,100 young men and women in its programs, ranging from Cub Scouts in grades K-5; Scouts BSA (formerly Boy Scouts) in grades 6-12; Venturing (including the Piedmont Community Service Crew), Police Exploring and Sea Scouts for youth up to age 21; and, through Learning for Life, the Piedmont Language School.

More than 220 volunteer leaders undergo rigorous Youth Protection Training to support our two-adult-deep leadership mandate, policies that are a current model for other youth organizations. The council has been ranked first among the nation’s 253 councils on the Journey to Excellence metric for the last four years running. It has an extraordinary record of advancing youth to the Eagle rank, now open to young women. In 1998, Piedmont took great pride in being only one of three councils with a female leader (that number has now increased nine).

One thought on “Piedmont Scouting’s Jo Hazelett to retire”