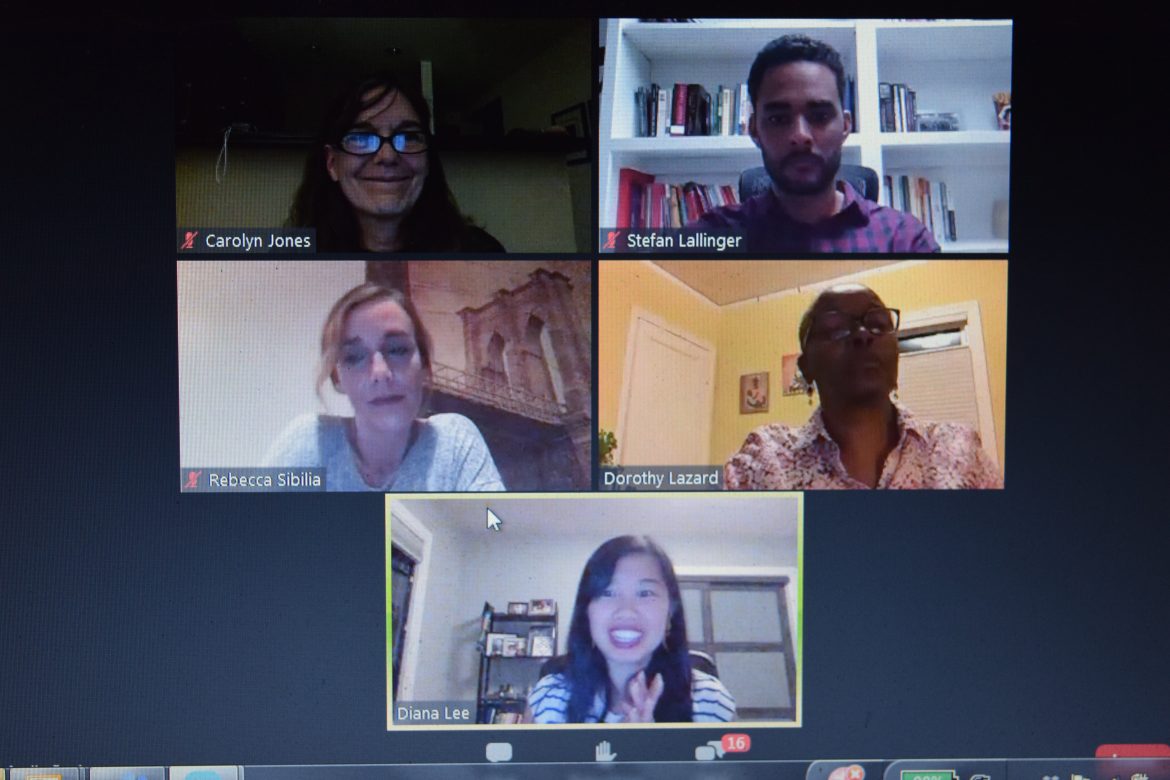 Though existing inequalities between educational opportunities in Piedmont and in Oakland and other nearby communities have been over a century in the making, there are steps Piedmont residents can take in the near term to start to reverse that trend, according to a trio of educational experts on a virtual Piedmont panel discussion Wednesday night.

And whether you call it “broadening borders,” or more robust interdistrict student exchange efforts, or simply “integration,” students, teachers and parents alike will benefit from teaching and learning from people who are different from themselves.

“It will benefit everyone involved to be part of that kind of diverse environment,” Stefan Lallinger, director of the Bridges Collaborative, a national alliance of education, policy and fair-housing experts. He was a panelist in a 70-minute Zoom program Wednesday night, “Coloring Outside the (Red) Lines: The Impact of Racial Segregation on Piedmont Schools and Where We Take It From Here,” sponsored and hosted by the Piedmont Racial Equity Campaign.

The focus of the panel discussion was how Piedmont residents (and others) can move to make local schools less segregated by race and by socio-economic class.

Rebecca Sibilia, the founder of EdBuild, a national organization focused on rethinking state funding for public schools, said “broadening borders” should include sharing money across existing borders, be they school district or city lines, or divisions of a more social nature.

Sibilia said that sharing isn’t always necessarily giving by an affluent city like Piedmont to poorer neighbors; California’s education funding, she said, is inconsistent, sometimes established long ago by arcane formulas and measures. Oakland Unified School District students, for example, receive more per pupil from the state than do students in Piedmont.

Still, Wednesday night’s speakers made it clear that Piedmonters are in a position to share, both wealth-wise and sharing of themselves.

“It may be a ‘Pollyanna’ view of the world, but we should share whatever wealth we can,” Sibilia said.

Lallinger said strengthening interdistrict student exchange programs is a feasible way to expose students to diverse influences. There is what he called a “nascent” program between Piedmont and Oakland, but he said the bigger it gets, the better. The world is becoming increasingly diverse, he noted, and the more comfortable students are around a diverse population, the more successful they’ll be.

“Students best prepared for Harvard University are those who engage with the widest variety of people,” Lallinger said. Another way to bring students together regionally, he said, would be to establish “magnet schools” operated by, and drawing students from, multiple school districts jointly.

That more diverse learning experience helps not only students, Dorothy Lazard said Wednesday night, but teachers and other educational staffers as well. It benefits all kids to have teachers of another race, she said — it is an educational experience in itself.

But the curriculum itself should reflect myriad cultural views, said Lazard, manager of the Oakland Public Library’s Oakland History Center. “We have to tell history from perspectives other than white,” she said.

That Piedmont has evolved to be overwhelming white, while Oakland is one of the most diverse cities in the country, shouldn’t come as a surprise,  Lazard said. Oakland grew as a city of commerce, of industry, of transportation; Piedmont, where the geography didn’t lend itself to industry, was a residential city from the beginning.

That dichotomy took root over the years. Diana Lee, co-lead of the PREC education subcommittee, said that by the 1950s, Piedmont schools were not accepting Oakland students. In 1969, a group of Piedmont High School  students proposed an exchange program with Oakland; Oakland school officials approved it, Lee said, but Piedmont school leaders didn’t.

A PUSD Diversity Committee existed in the late 1990s and early 2000s, and a similar group was formed again in 2017. Even so, Lee said, the schools were the scene of several racist incidents since then; she related a story about a PHS teacher who told students that speaking Spanish was useful only for speaking with the gardener.”

These are unpleasant truths to confront, panelists said — truths that are now getting a fresh look as the George Floyd killing in Minneapolis has prompted many cities — including Piedmont — to re-examine their own actions over the years.

Carolyn Jones, a senior reporter with Oakland-based EdSource and Wednesday night’s moderator, warned the conversation Wednesday and beyond could be uncomfortable.

“We should expect discomfort, and we should embrace it,” she said.