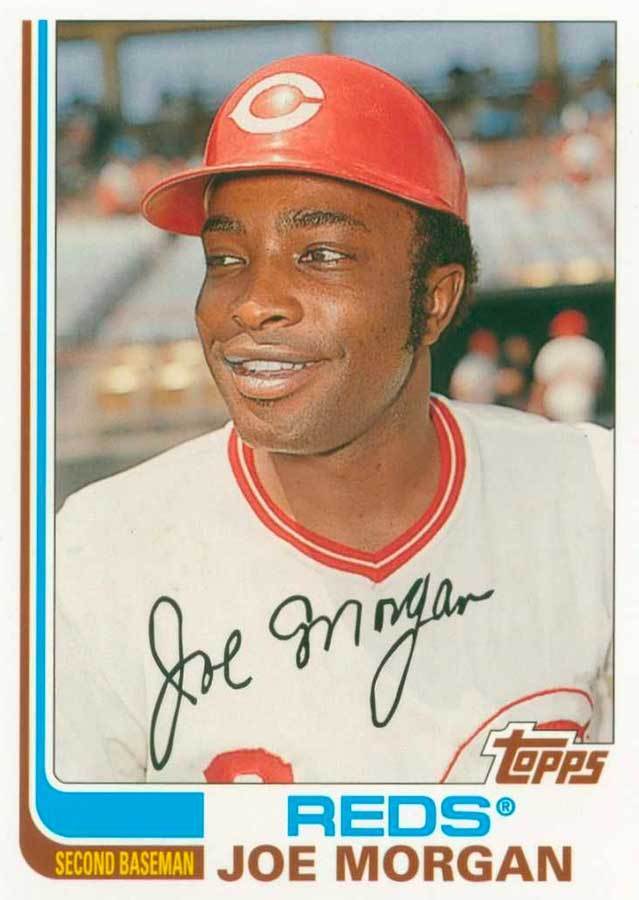 Joe Morgan appears on a baseball card from the mid-1970s, when he played second base on two world championship teams with the Cincinnati Reds. Morgan, who grew up in Oakland, died this week at 77. (Photo courtesy of Pinterest)

Joe Morgan, who grew up in Oakland and became a key cog in the Cincinnati Reds Big Red Machine of the 1970s, has died, officials with the National Baseball Hall of Fame and Museum announced last week.

Morgan was 77. He died Sunday at his Danville home.

Morgan was inducted into the Hall of Fame in 1990 alongside Baltimore Orioles pitcher Jim Palmer.

Morgan, a second baseman for the Reds, was born in 1943 in Bonham, Texas. His family moved to Oakland when Morgan, the oldest of six, was 5.

When he was 13, he earned a spot on the Babe Ruth League and made the all-star team each of the three years he played in the league. Later he would play for Oakland City College and attract a baseball scout for the Houston Colt .45s where he first got paid to play the game. His career lasted 22 years.

“I did have fun and it was great,” Morgan said, according to a spokesman for the Hall of Fame.

“But it seemed like it went all too quickly,” Morgan said.

Johnny Bench, a Hall of Fame catcher for the Reds, who played alongside Morgan, said in a statement, “Joe wasn’t just the best second baseman in baseball history, he was the best player I ever saw and one of the best people I’ve ever known.

“He was a dedicated father and husband and a day won’t go by that I won’t think about his wisdom and friendship,” Bench said.

Morgan and Bench played alongside other stars such as Pete Rose and Tony Perez, as well as Davey Concepcion in the Big Red Machine that won the World Series in 1975 and 1976. Morgan was named to the National League All-Star team in eight consecutive seasons from 1972 to 1979, all with the Reds.

“Major League Baseball is deeply saddened by the death of Joe Morgan, one of the best five-tool players our game has ever known and a symbol of all-around excellence,” Commissioner Rob Manfred said in a statement.

“Joe often reminded baseball fans that the player smallest in stature on the field could be the most impactful,” Manfred said.