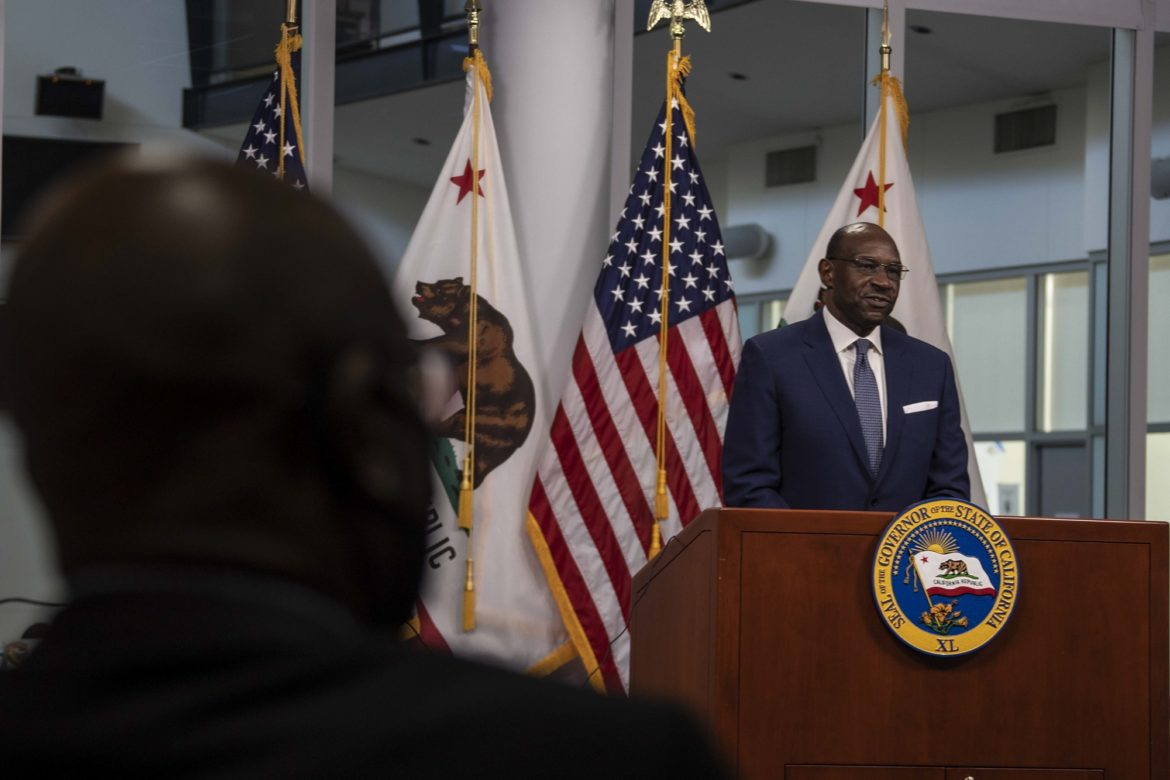 Gov. Gavin Newsom made his first appointment to the California Supreme Court on Monday, nominating retired Justice Martin Jenkins to fill the seat vacated in August by the court’s most conservative member, Justice Ming Chin.

If confirmed, Jenkins, 66, would be the first openly gay justice and the third Black man to serve on California’s highest court. He would also be a moderate voice. Jenkins is perceived as generally less liberal than the four justices appointed by former Gov. Jerry Brown, who in 2019 secured the court’s first Democratic-appointed majority in more than three decades.

Newsom said he is planning on an “expedited” confirmation process that could result in Jenkins sitting on the bench “as early as next month.” California Supreme Court justices are confirmed by the Commission on Judicial Appointments and then by voters at the next general election, as well as at the end of their 12-year terms.

The seven-member court would have two Republican nominees and five Democratic nominees if Jenkins is confirmed. But unlike the U.S. Supreme Court, California’s top court rarely disagrees. Almost 90% of its rulings this year have been unanimous, as have 75% to 80% of its rulings for the past decade, a San Francisco Chronicle analysis found.

This year, the court upheld Newsom’s decision to provide $75 million in state aid to undocumented immigrants and twice ruled against schools challenging the governor’s reopening restrictions. It also banned “pension spiking” and paved the way for voter-initiated tax hikes to pass more easily.

How much will your Uber driver make per hour if California voters approve Prop. 22, a November ballot measure championed by gig-economy companies? Labor groups say less than $6. Uber and Lyft say between $25 and $27. CalMatters’ Lauren Hepler breaks down why it’s so challenging for California voters to find impartial information on this contentious ballot measure, which is not only the most expensive in state history but also has massive implications for the future of work in an increasingly tech-dependent world. Prop. 22 would ban drivers from unionizing — and if the measure were to pass, lawmakers would only be able to make changes with a 7/8 supermajority, a political near-impossibility even in dark blue California. To add even more ambiguity, some drivers support Prop. 22 and others don’t.

The campaign supporting another controversial ballot measure, Prop. 16, is betting that California voters feel differently about race than they did two decades ago, when they banned affirmative action in public universities, contracting and hiring. That was symbolized Monday by a group of San Diego lawmakers voicing their support for the measure in front of a statue of former Republican Gov. Pete Wilson, who led the state’s effort to ban affirmative action.

But even after a summer of protests over racism and police brutality that propelled a number of racial-justice bills to Newsom’s desk, Prop. 16 faces an uphill battle. Last month, 47% of voters opposed the measure, compared to 31% in favor. Critics argue that reinstating affirmative action would simply fight discrimination with more discrimination.

3. Inside the First Partner’s new film

“The Great American Lie.” That’s the name of First Partner Jennifer Siebel Newsom’s latest documentary, which became available on streaming platforms Friday. The film focuses on five Americans — including three Californians — and examines why the American Dream remains elusive for so many.

It’s an idea that Siebel Newsom’s husband has echoed in advancing his “parents’ agenda,” which resulted this past legislative session in an expansion of paid family leave protections for more Californians.