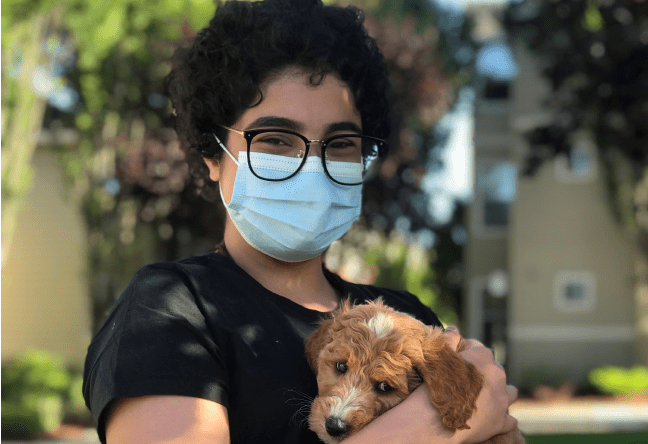 2020 has been a hard year for everyone, but for the children served by Make-A-Wish® Greater Bay Area, it has been especially difficult. Since March, the popular nonprofit organization has had to postpone more than 100 wishes for pandemic-related reasons.

“No large gatherings, no travel wishes,” explained Ben Feder, a marketing associate at Make-A-Wish® Greater Bay Area. “We have a backlog of wishes that we’ve never had previously.”

But it’s not just the team at Make-A-Wish® Greater Bay Area that are innovating, explained CEO Betsy Biern.

“Our kids are pros at what we’re all going through [during the pandemic]. They’re dealing with a lot of uncertainty, they’re cut off from their friends, they can’t go to movies. We could learn something from them,” she said. Biern recalls some of the unique wishes that kids have made this year: to become a photographer, to take the stage as a pop star, to transform a backyard into a race car track. “You never know what a kid is going to wish for. There’s a lot of creativity.”

Sometimes, granting a wish is straightforward. Take Lena, a 14-year-old who was diagnosed with stage 4 non-Hodgkin’s lymphoma in 2019. After a miraculous recovery in early 2020, Lena found her life put on hold again when the pandemic forced schools to close.

Isolated from her friends, she decided to wish for a goldendoodle puppy.

“I’ve always wanted one,” she said. “In quarantine, everything got really lonely and boring. … It’s been awesome. She’s a sweetheart.”

Other times, the process of wish-making is a little more complex.

Such was the case with Natalie, who was also diagnosed with lymphoma. While being treated at Lucile Packard Children’s Hospital at Stanford University, the 15-year-old picked up knitting to pass the time. After finishing her last round of chemotherapy in July, she decided to give back with her wish. With the help of Make-A-Wish® Greater Bay Area, she organized a month-long knitting challenge asking people to make and donate hats to the hospital to be given to other cancer patients.

“We didn’t know at the beginning how many people would participate,” said Feder. As it turns out, those worries were unfounded, as people across the West Coast shipped knitted hats to Make-A-Wish® Greater Bay Area’s office. The final tally was more than 800 hats — all of which were shown to Natalie over a Zoom call.

“She was really excited,” said Feder. “It was overwhelming in the best way possible. Just to see how happy she was — that brought a smile to all of our faces.”

The organization shared those smiles with the community during its inaugural Gift of a Wish, a virtual auction event on Thursday, Oct. 22.

Hosted by Laura Britt from NBC Sports Bay Area, the event featured inspirational stories from Natalie and other children who chose to give back with their wishes. “If you think about what these kids have been through, the fact that they wanted to give back — it’s just compelling,” said Biern.

Attendees had the opportunity to bid for “quarantine-friendly packages,” with proceeds going to support the fulfillment of more wishes. Most importantly, Biern said the event would provide a much-needed emotional boost for a worn-down Bay Area community.

“I think we all need to have a little fun right now. When we can share some of our fun and happy stories, it’s great,” she said. “We’re in the hope business, and we’ve got to try and stay hopeful.”