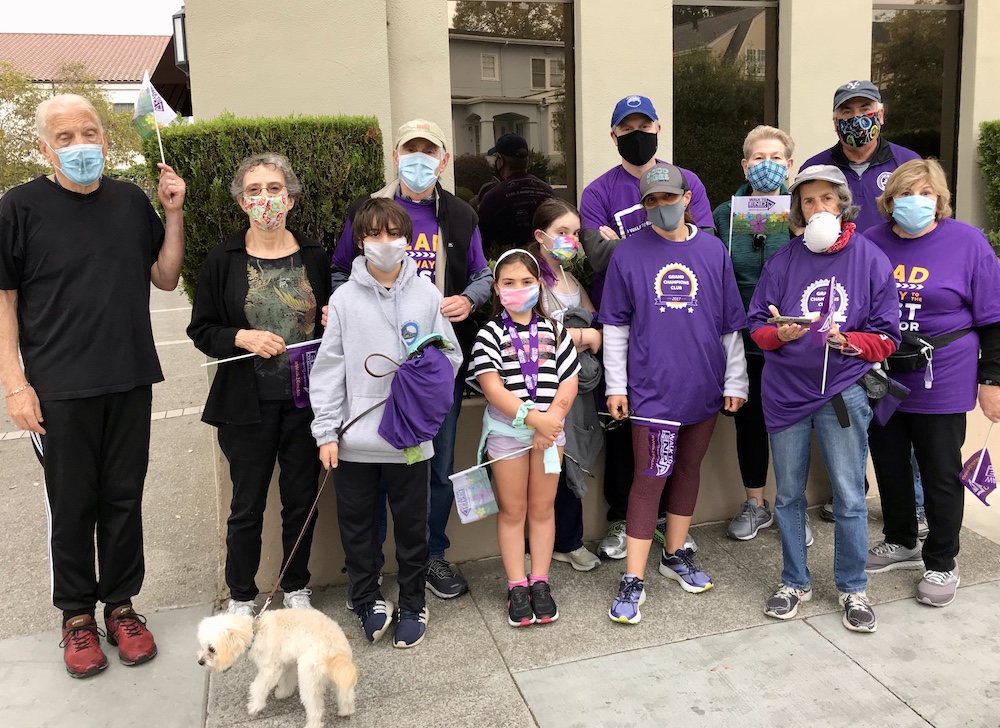 Every year, for the past ten years or so the Morrison extended family, along with friends, fundraises for the Alzheimer’s Association through the annual East Bay Walk for Alzheimer’s.

This year’s event took place this past Saturday, October 24. Normally held in San Ramon, Covid restrictions meant changes to the venue and gathering. Undaunted, the Morrison group instead walked the streets of Piedmont — raising over $8000 for the cause.