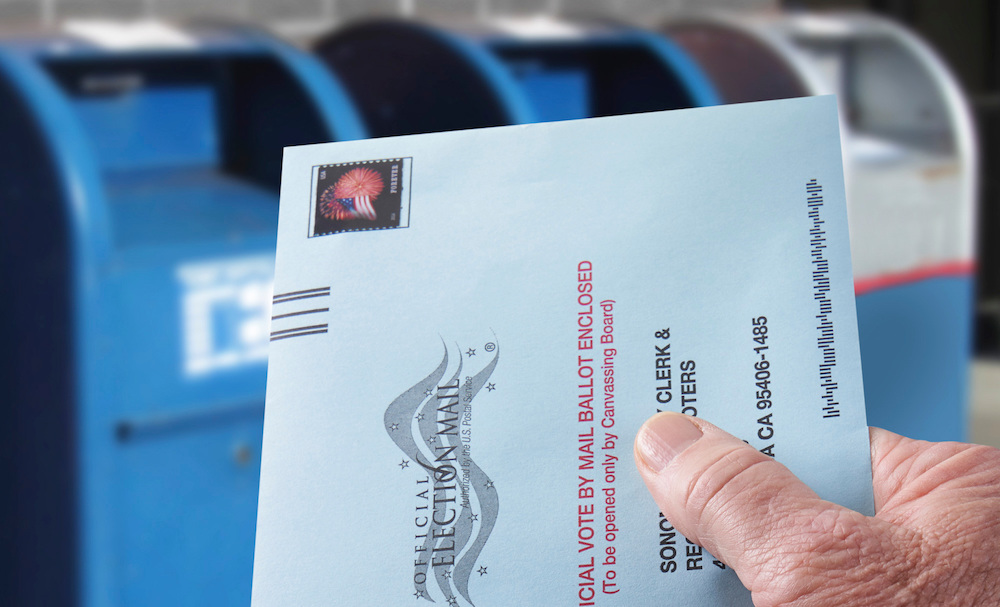 With fewer than three weeks to go until Election Day, Bay Area counties have already counted hundreds of thousands of mail-in ballots, while some jurisdictions are already reporting receiving larger-than-normal quantities of returned ballots so early in election season.

In view of this year’s COVID-19 pandemic, which made in-person voting more problematic than in other years, California sent mail-in ballots to all its registered voters at least 29 days before the Nov. 3 election.

Contra Costa County Registrar of Voters Scott Konopasek estimated late Wednesday that his county was nearing 125,000 ballots received, which he said is almost 20 percent of the ballots sent out. He said only 148 came in unsigned, so far. Election officials were trying to reach those voters to give them a chance to sign their ballots.

The department tweeted earlier, “For the March primary, we did not cross the 100,000 mark (of returned mail-in ballots) until 4 days before Election Day.”

San Francisco leads the charge among other reporting counties in the region, saying on its election data page that, as of Thursday evening, more than 82,000 ballots had been returned to its elections department. Of those, 237 were “challenged” — likely meaning they weren’t signed — and four were “under review.”

Solano County reported Tuesday it had received 30,000 ballots, with only 40 missing signatures “and we’ve already contacted those voters,” said John Gardner, the assistant registrar of voters.

Napa County said that as of Tuesday, its office had received “approximately 4,000 ballots returned, which is way beyond the early vote quantity for any prior election,” according to Napa County Registrar of Voters John Tuteur.

Wendy Hudson, the chief deputy registrar of voters in Sonoma County, said they had received 45,000 ballots as of Wednesday, 23,702 of which had been verified for signatures. She said only 47 weren’t signed so far.

How to vote and find more information

Ballots can be returned by mail (postage already paid); in person at a polling place or the county elections office; or to a designated drop-box, the locations of which are specified by each county. Ballots must be in by 8 p.m. on Election Day, Nov. 3.

Mail-in ballots must be signed, dated and postmarked by Election Day, and they must be received by the county elections office no later than 17 days after Election Day.

Once sent, mail-in ballots can be tracked at the state’s Ballottrax website.

People can still register to vote online at the Secretary of State’s website through Monday. The site also offers a voter status page to confirm whether one is already registered and to determine eligibility to vote. Registration information can also be updated there.

Even after the online registration deadline passes, voters can still register for most elections by visiting their county elections office, a vote center or their polling place during the 14 days prior to the election, including Election Day itself. A list of early voting locations where residents can complete the same day voter registration process and cast a provisional ballot is available on the state’s Early Voting portal.

The Early Voting portal also enables residents can see whether and where their county offers early voting as well as find drop-off locations.

California residents can find answers to most voting questions on the Secretary of State’s voter resource page.

The voting process varies from county to county, and the state website has a list of contacts for county elections offices including location, website links and hours of operation.

Detailed election information can be found at the LocalNewsMatters.org Voter Information Hub.