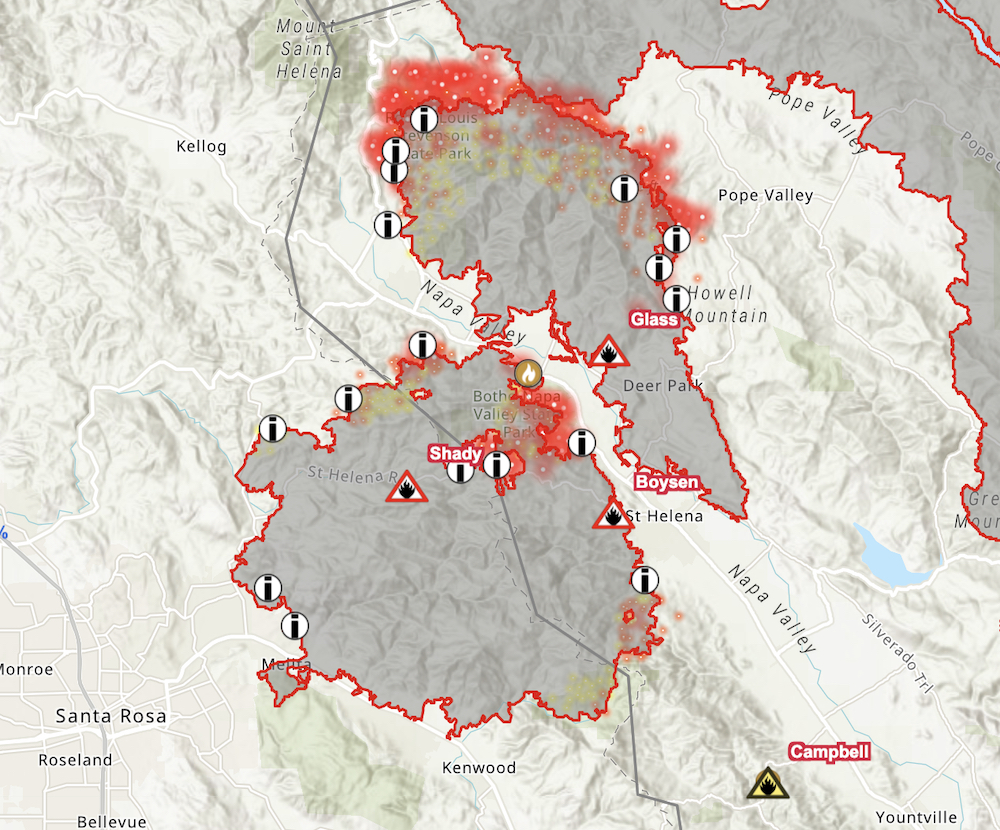 The Glass Fire burning in Napa and Sonoma counties was at 60,148 acres and 6 percent contained as of this 7 am this morning, according to Cal Fire.

Cal Fire is reporting 2,517 personnel have responded to the fire.