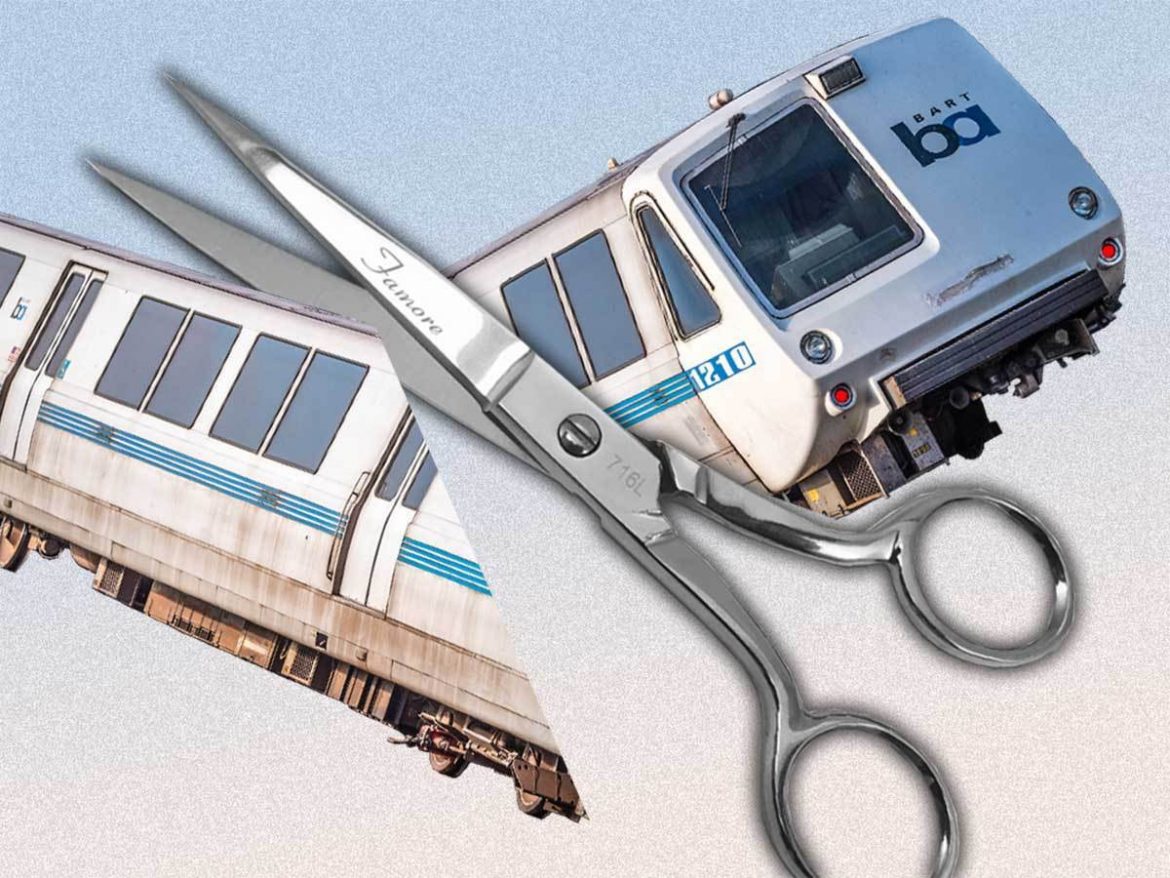 BART IS ON track to face a $33 million budget deficit by next summer if the agency does not see an increase in passengers or more federal relief funding in the coming months, agency officials said at BART’s Board of Directors meeting Thursday.

The agency currently has enough cash on hand to make it at least through the third quarter of the fiscal year, according to Pamela Herhold, BART’s assistant general manager for performance and budget.

That security, Herhold said, is due in part to millions in funding from the Coronavirus Aid, Relief and Economic Security Act and the U.S. Federal Emergency Management Agency.

“I hope that we get federal funding. At this point, I don’t see how we’re going to survive in the future.”

In the coming months, however, Herhold and BART budget director Christopher Simi said the agency will have to consider cost-saving measures such as early retirement incentives, staff reassignment, service reductions and layoffs.

BART executives, including General Manager Bob Powers, had lauded the agency’s budget staff over the summer for developing a budget that did not include layoffs, instead cutting planned expenses via measures like a hiring freeze.

Now, even potential layoffs may not be enough for the agency to balance its finances, according to Simi.

“I do want to be clear that we do not anticipate that net savings from the combination of this whole process will reduce our operating costs to the point where they match our projected (fiscal year 2021) revenues at this time,” Simi told the BART board Thursday.

“That said, this process will of course be a critical piece of getting there,” he said.

BART’s daily ridership is hovering around 13 percent of its pre-coronavirus pandemic levels and is not rebounding as the agency had originally planned for.

As a result, BART ridership has the potential to fall short of 40 percent of pre-pandemic levels by the end of fiscal year 2021 on June 30 of next year.

A budget in flux

Board Directors Debora Allen and Liz Ames suggested that the agency’s budget staff should return to the board before February, their next scheduled budget update, due to the ever-changing nature of the pandemic.

Ames went so far as to float a potential bankruptcy for BART if the agency does not see a significant uptick in revenue, outside funding support or both.

“I hope that we get federal funding,” she said. “At this point, I don’t see how we’re going to survive in the future.”

Several other board members argued the agency was not close to taking that step and that BART’s financial situation could change dramatically after the November general election, when Democrats could take control of the presidency and both chambers of Congress.

Senate Republicans, Board Director Janice Li said, have been particularly intransigent about passing a new pandemic relief bill in spite of the fact one has already passed in the Democratic-controlled House of Representatives that includes some $32 billion in funding for the country’s ailing public transit agencies.

“It does not behoove us as BART to make really drastic decisions today as part of this quarterly budget revision,” Li said, adding that it would be an “apocalyptic scenario” for BART to temporarily pause its weekend service, which had been suggested as a potential cost-saving measure.

“Trying to consider a world where BART doesn’t run on weekends is scary,” she said. “It’s honestly really, really depressing to think about that.”

Dufty added that Biden, famous for riding Amtrak to Washington, D.C., daily when he was a senator from Delaware, would be one of the most transit-friendly presidents in history.

“There is no question in my mind that a Biden-Harris administration is going to step forward immediately and provide at least the $32 billion for transit,” Director Bevan Dufty said. “And I think it is a miracle that we have been able to put a budget together that does not have problems until past the third quarter.”

Not waiting for outside aid

Allen, however, said the agency should look at making changes in each quarter of the fiscal year to prevent a deficit of $33 million or more from falling into the board’s lap next year, forcing BART to consider painful funding cuts.

“I think we do have, as a board, an obligation to keep our budget in check and not be relying on something that may or may not come by the end of the year,” she said.

Allen made an effort to add an addendum to the motion before the board accepting the budget update that would have required BART staff to bring concrete options for funding cuts to the board’s next meeting on Nov. 19.

Board Director Rebecca Saltzman chastised Allen’s effort, noting that the agency’s budget staff had already said they would not be able to develop a formal budget revision by that Nov. 19 meeting that would cut $33 million or more from the adopted budget.

“These are very difficult decisions to make and we need to make them thoughtfully,” Saltzman said. “If it takes a couple of extra months, that’s absolutely worth it to make sure we’re making the right decision.”

“All I’m saying is we should have the discussion on Nov. 19 of being able to make a motion and direct staff to cut $33 million or whatever that number is then,” she said. “Maybe it’s zero by then. I hope it’s zero. But maybe it’s not.”

Allen’s motion ultimately failed as only Ames and Director John McPartland joined her in voting to approve it.

Ultimately the board elected to continue receiving quarterly budget updates as it had previously elected to do.

“The thing that is most important is our 13-point plan to welcome people back and to make sure that people … feel safe on our system,” Dufty said. “Because we cannot control, as a transit agency, what this pandemic will do going into the fall and winter.”