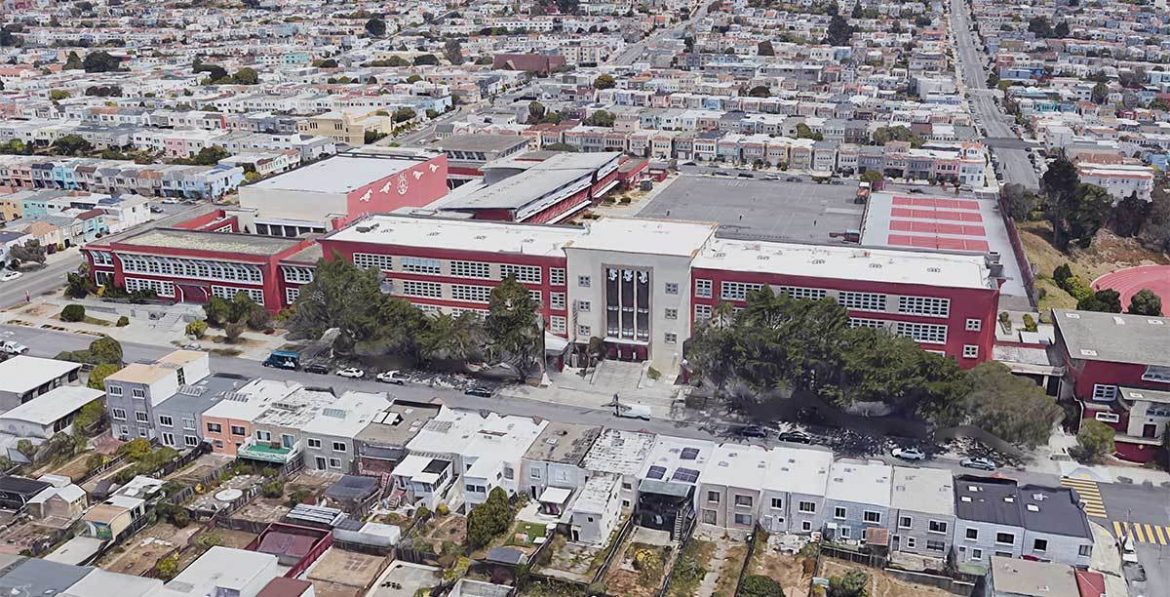 Abraham Lincoln High School is one of 42 San Francisco public school campuses that could receive new names as early as next year, amid a nationwide movement to distance public institutions from connections with controversial historical figures. (Google image)

The School Names Advisory Committee was formed back in 2018 in response to a San Francisco Board of Education resolution that sought to identify schools for name changes, amid a nationwide movement to strip public institutions of names belonging to controversial historical figures.

So far, the committee has identified 42 schools for name changes.

But, as the district’s schools remain closed amid the COVID-19 pandemic, Breed said given the public health emergency, reopening schools should be the board and district’s priority.

“We are in a pandemic right now that is forcing us all to prioritize what truly matters. Conversations around school names can be had once the critical work of educating our young people in person is underway…”

“Schools have been allowed to open in San Francisco under public health orders issued at the beginning of September and while many private schools are open today, our public schools have still not yet made a firm plan to open. Parents are frustrated and looking for answers. The achievement gap is widening as our public schools’ kids are falling further behind every single day,” she said.

“And now, in the midst of this once in a century challenge, to hear that the district is focusing energy and resources on renaming schools — schools that they haven’t even opened — is offensive. It’s offensive to parents who are juggling their children’s daily at-home learning schedules with doing their own jobs and maintaining their sanity. It’s offensive to me as someone who went to our public schools, who loves our public schools, and who knows how those years in the classroom are what lifted me out of poverty and into college. It’s offensive to our kids who are staring at screens day after day instead of learning and growing with their classmates and friends,” she continued.

“We are in a pandemic right now that is forcing us all to prioritize what truly matters. Conversations around school names can be had once the critical work of educating our young people in person is underway. Once that is happening, then we can talk about everything else. Until those doors are open, the School Board and the District should be focused on getting our kids back in the classroom,” she said.

According to district officials, the advisory committee is set to make recommendations to the education board sometime early next year about the name change proposals, and after that, the board will vote on any possible changes.

According to the district, recent steps it has taken to reopen its schools include assessments of school ventilation systems and classroom capacities; negotiations with labor representatives regarding the return of in-person instruction; and recruiting providers to conduct COVID-19 testing.