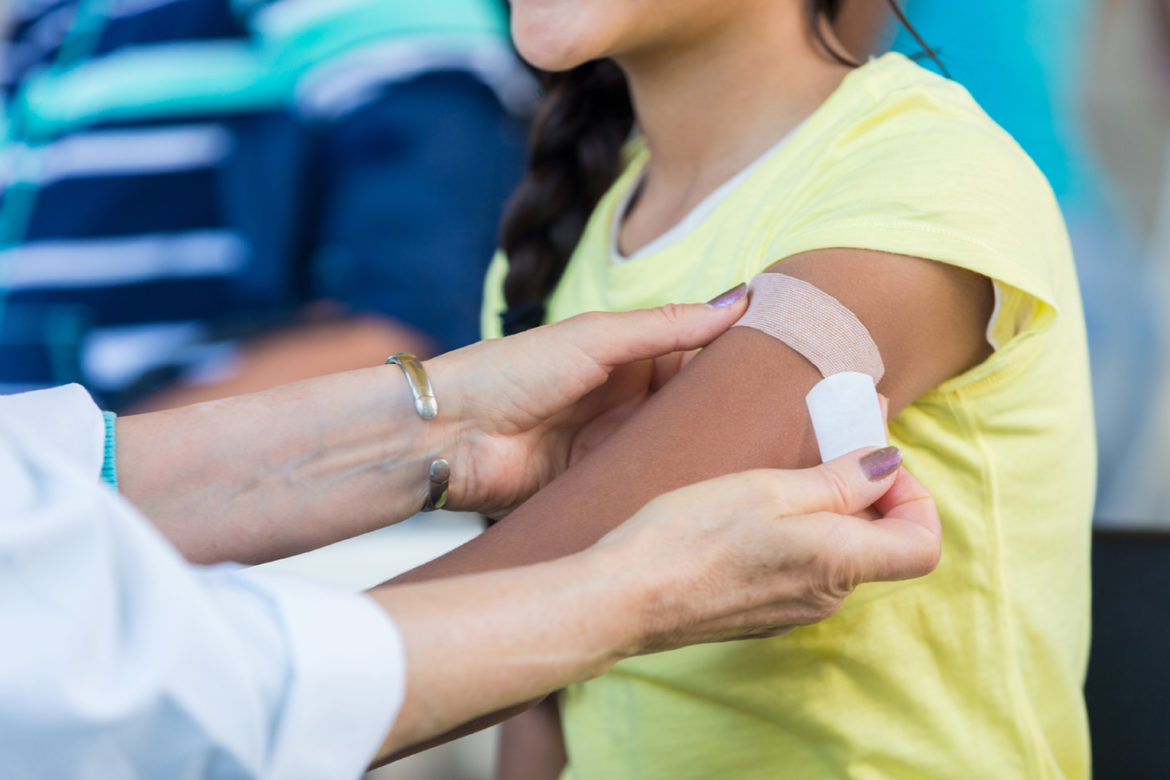 Traditionally, requirements that kids undergo certain immunizations before attending school have been a critical public health tool. Health officials are scrambling to make sure children don’t fall through the cracks.

Dr. Chris Kjolhede is focused on the children of central New York.

From ankles sprained during recess to birth control questions, the clinics serve as the primary care provider for many children both in and out of the classroom. High on the to-do list is making sure kids are up to date on required vaccinations, said Kjolhede.

But, in March, COVID upended the arrangement when it forced schools to close.

But this academic year, to prevent COVID-19 from spreading, many school districts have opted to start classes online. The decision takes away much of the back-to-school leverage pushing parents to stay current on their children’s shots, said Dr. Nathaniel Beers, member of the Council on School Health for the American Academy of Pediatrics. If schooling is not happening in person, said Beers, who also led multiple roles in the District of Columbia Public Schools system, “it is harder to enforce.”

Public health officials have relied on schools as a means to control vaccine-preventable diseases for over a century. Vaccination laws that require immunizations to enter school first emerged in the 1850s in Massachusetts as a means to control smallpox, as the Centers for Disease Control and Prevention has noted.

Every state requires children to receive certain vaccinations against illnesses like polio, mumps and measles before entering the classroom or a child care center, unless the child has a medical exemption. Some states allow people to opt children out of vaccinations for religious or philosophical reasons, although these exemptions have been associated with outbreaks of otherwise well-controlled diseases like measles.

“If they get behind or they don’t get specific vaccines they need, kindergarten is a real catch point to get them up to speed and make sure they’re up to date,” said Claire Hannan, executive director of the Association of Immunization Managers.

At the local level, the responsibility of tracking whether students are compliant generally falls on the school nurse. If one is not present, a clerical worker or administrator does the job, said Linda Mendonca, president-elect of the National Association of School Nurses. Usually, school systems face a deadline for checking every child’s record and reporting compliance to government health officials, she said.

How districts choose to hold noncompliant children accountable varies, Beers said. Some schools work with parents to set up appointments with a provider. Some isolate children in a classroom, he said, and some are so strict that “you can’t even walk through the door unless you are appropriately immunized.”

The COVID-19 pandemic has resulted in steep declines in vaccinations. In May, a report from the CDC showed a sharp drop in the number of orders submitted to the Vaccines For Children program, a federal initiative that purchases vaccines for half the children in the U.S. A second release revealed similar trends — vaccination coverage in Michigan declined among all milestone ages, with the exception of immunizations given at birth, which are generally done in a hospital.

In Pennsylvania, for instance, the state health department in July suspended vaccine requirements for two months after the start of the school year. In addition to causing delays in doctors’ offices, the state said, the pandemic may also prevent school and public health nurses from holding in-school “catch-up” vaccination clinics.

“The department cannot stress enough that as soon as children can be vaccinated, they should be,” said Nate Wardle, press secretary for the state’s health department, in a written statement. However, the lockdown order prompted by COVID meant “that there was a several month period in some parts of the state where well-child visits were not occurring.”

Members of the American Academy of Pediatrics, the National Association of School Nurses and the Association of Immunization Managers said the grace periods are a prudent step to account for the pandemic’s effect on pediatric care. The majority of children already have some protection from diseases from previous vaccines, they said.

Additionally, Beers acknowledged that closing schools — among other actions like restricting travel and shuttering large gathering spaces — make children less likely to contract or spread illnesses that typically incubate in classrooms. For example, according to CDC data, measles has essentially disappeared — 12 cases had been reported as of Aug. 19 this year, compared with 1,282 throughout 2019.

However, schooling will eventually resume in person, which will also bring back the risks of illnesses moving through classrooms, Beers said. And school systems may be less forgiving of children who enter the classroom without the needed vaccinations.

“What would be an immense shame is if schools reopen in person and children are back together and we start getting outbreaks of other diseases that are preventable based on immunizations,” he said.

School-based health centers in New York are actively contacting parents about vaccinations. In Cooperstown, Kjolhede reached out to every superintendent soon after the lockdown in March to ask if the clinic could remain open. All but one said no.

The staff then set up telehealth appointments and phoned students who needed in-person care to arrange visits — including those who needed a vaccine before the start of this school year, he said. Luckily, the health center that remained open had a door that allowed patients to enter the clinic without walking through the school.

Several hours away, Dr. Lisa Handwerker is grappling with how to tackle the problem that hundreds of students across her six school-based health clinics in New York City have missed a required vaccine.

The city’s health department gave her a list of students in her care who needed additional immunizations, she said. Over 400 children were missing the second dose to prevent meningococcal meningitis, generally given to teens and young adults ages 16 to 23. Because the department used data from the last academic year to compile the list, Handwerker has no information about new students. Some families left the city because of the lack of income and resources caused by the pandemic.

“We had difficulty with at least half of the kids on our vaccine list,” Handwerker said. “Then when we reached families, they were reluctant to leave their houses.”

A Shot at Normalcy

That wasn’t the case for Tracey Wolf, a mother of two who visited the doctor recently to get her son Jordan vaccinated for measles, mumps, rubella and HPV before starting the seventh grade. He will be attending middle school in Dunedin, Florida, in person, said Wolf, 38.

It seemed nonsensical to keep Jordan, 13, from his classmates when he already plays baseball and hangs out with his friends, she said. His grades also slipped last spring when the COVID threat transformed his classroom into a computer.

She also took her 6-month-old Ethan for his immunizations. When asked whether she was afraid of going into her doctor’s office, she replied, “Not more than going to the grocery store.”

Regardless of whether a child starts school at home or in the classroom, immunization experts stressed the importance of vaccinating a child on time. The schedules factor in a child’s stage of development to maximize the vaccine’s effectiveness. That said, it is preferable that children get their vaccines from their regular doctor to prevent lost immunization records and additional shots, said Beers.

Yet on Aug. 19, the Department of Health and Human Services released a statement allowing pharmacists to provide childhood immunizations for children ages 3 to 18.