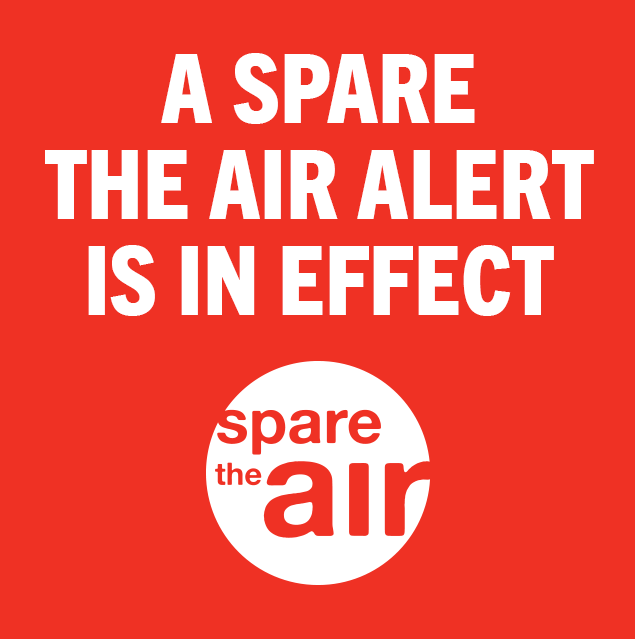 The Bay Area Air Quality Management District issued a Spare the Air alert for Saturday, with smoke expected to drift into the North Bay and the inland East Bay.

Onshore winds on Thursday and Friday blew away the wildfire smoke that has caused poor air quality in the Bay Area for multiple weeks. However, northerly winds are likely to blow smoke from northern California fires into North Bay areas like Vallejo and Fairfield, eastern Contra Costa County and potentially the Livermore Valley, Erin DeMerritt, a spokeswoman for the district, said Friday.

During the Spare the Air alert, which is only in effect on Saturday for now, it will be illegal for Bay Area residents and businesses to use any wood burning devices like stoves and fire pits, which release particulate matter into the air.

“Residents should stay vigilant, track air quality conditions in their communities and head indoors if air pollution reaches unhealthy levels to protect their health,” said Jack Broadbent, executive officer of the air district. Air quality is likely to be unhealthy for sensitive groups such as people with chronic respiratory illnesses, according to the district. Residents in the affected areas are advised to stay inside with windows and doors closed until the order is lifted. Motorists should also set their car air-conditioning units to re-circulate air, preventing outside air from getting in.