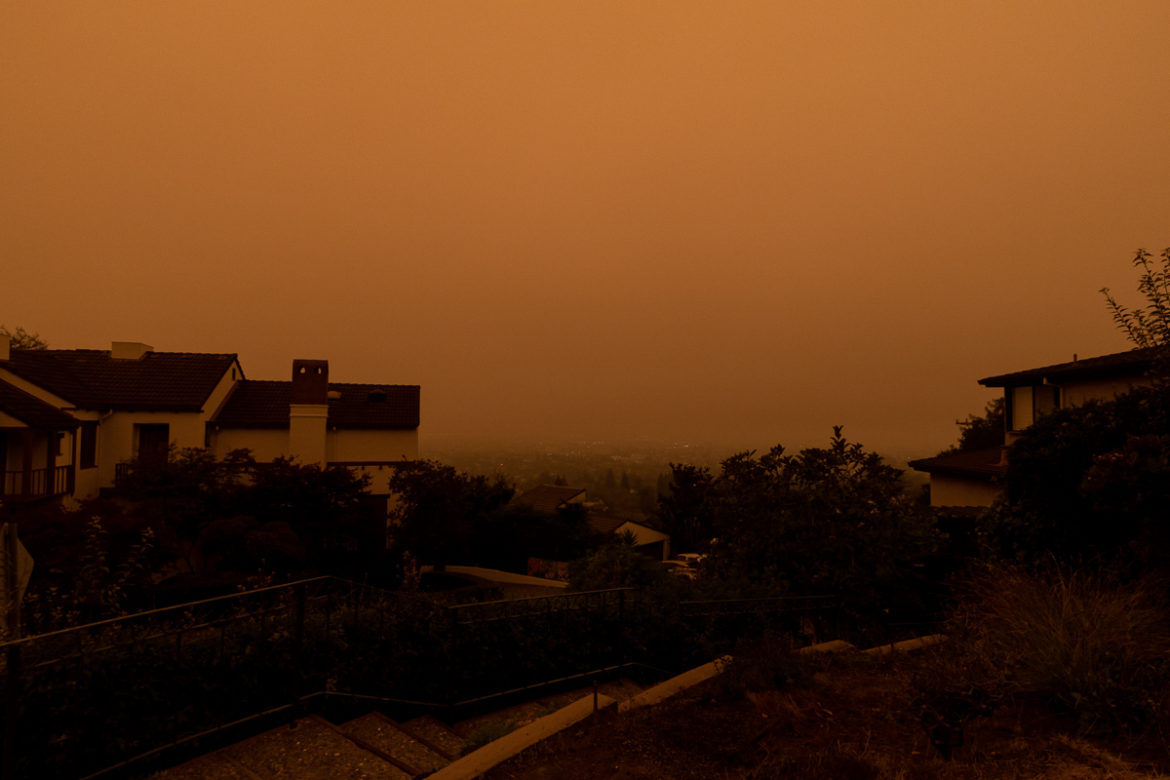 As smoke from wildfires continue to cover the Bay Area, officials with the Bay Area Air Quality Management District on Friday extended a Spare the Air Alert through Monday.

The alert through Monday will mark the 28th consecutive Spare the Air Alert called as fires continue to burn throughout California and other states, creating unhealthy air. During the alerts, residents are prohibited from using fireplaces, wood stoves, pellet stoves, and outdoor fire pits or any other wood-burning devices, and urged to stay indoors.

“A thick blanket of smoke from the many wildfires blazing in California and Oregon is causing unhealthy air quality in the Bay Area,” the air district’s Executive Office Jack Broadbent said in a statement. “More than ever this weekend, residents should track air quality conditions in their communities and protect their health and avoid smoke exposure by staying indoors.”

Because of the poor air quality, city officials in San Francisco have opened weather relief centers to provide people with respite, including homeless residents. Additionally, all San Francisco Municipal Railway buses are free on Friday.

“In the past seven days alone, we have dealt with a heat wave, dark skies, continued poor air quality, and all the while we are still responding to a global pandemic. Yesterday we reached purple, which is very unhealthy levels of poor air quality and we expect to have this poor air quality today and potentially through the weekend,” San Francisco Department of Emergency Management Executive Director Mary Ellen Carroll said.

Residents are being urged to stay indoors and keep their windows and doors closed.

Although COVID-19 testing is considered an essential service, the city has closed at least one testing site, the SOMA Test Site at 600 Seventh Street, due to the air quality. The Embarcadero Test Site at Pier 30/32 remains open. Additionally, because of the air quality, the San Francisco office of U.S. Citizenship and Immigration Services and support centers in San Francisco, Oakland and Santa Rosa are closed Friday for in-person services. Also closed on Friday is Golden Gate Fields in Berkeley for horse racing.

Officials with the National Weather Service said things may improve late this weekend and early next week with the arrival of storm system from the north on Saturday.

San Francisco residents can find out more information, like the hours and locations of the weather relief centers, at www.sf72.org. Bay Area residents can get Spare the Air alerts by texting the word “START” to 817-57.