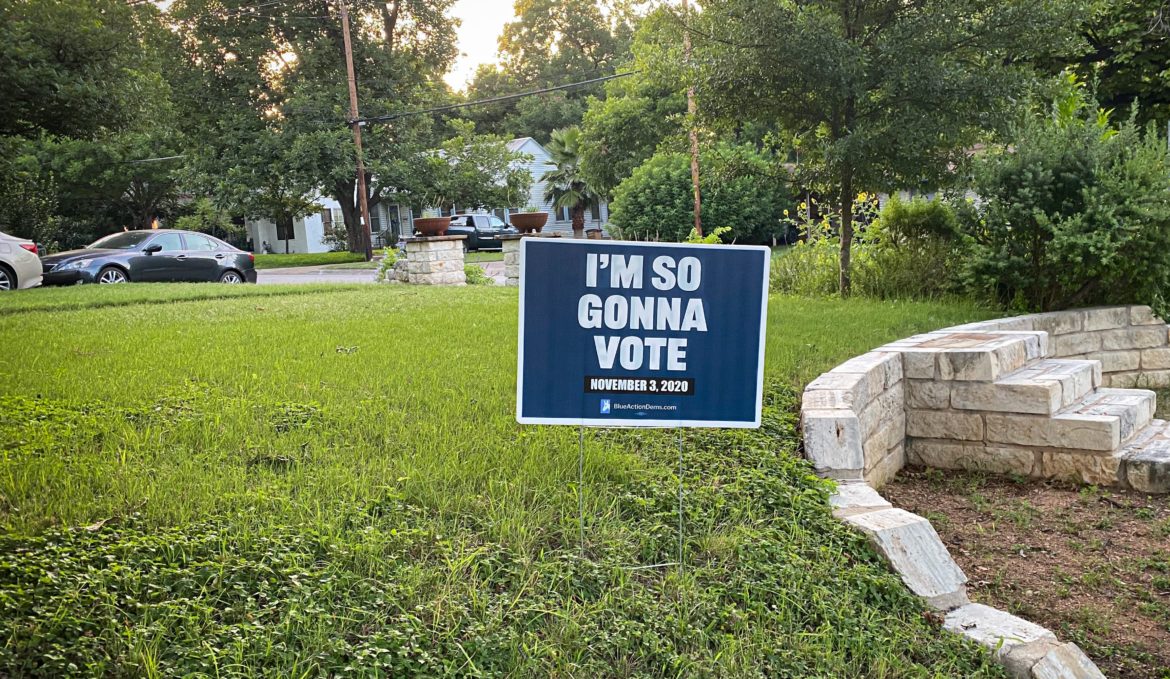 It’s campaign season and signs are sprouting up all over Piedmont. The city council revised some of the sign regulations in 2017 and this is the second election under the new rules.

“For the most part, candidates in my experience (this is my 10th year as city clerk), want to follow the rules,” Piedmont City Clerk John Tulloch said. “They want to get their name out, but they don’t want to break the rules for the sake of breaking the rules.”

Signs also may not be illuminated.

A private property owner may have as many signs on their property as they want. However, the signs may be no higher than four feet off the ground. And a person’s property does not include the space between the sidewalk and the curb, otherwise known as the planting strip. Tulloch added that the planting strip is where most complaints come.

Signs may only be placed on private property with the permission of the owner. They are not allowed on public property – this includes parks, street medians and the aforementioned planting strip.

Tulloch said enforcement is mostly complaint-driven. A crew could pick up a sign placed on a median or in a park but could wait for a complaint in other situations.

“We’re not driving around looking around for signs that violate the rules,” Tulloch said.

This year, one candidate put out signs that were too large and Tulloch said the problem was quickly taken care of.

“One of the things I did when I heard about those extra large signs that went out, as soon as I saw one and verified that these were too large, I contacted the candidate and asked them to take it down,” Tulloch said. “And the candidate took them down with 36 hours.”

Tulloch then contacted all the candidates to re-enlighten them on the rules and let them know the offending signs were coming down.

Tulloch said complaints are about the same as they were before the revised ordinance was passed.

“Political signs are free speech and we don’t ever want to be infringing with free speech,” Tulloch said. “We just want to make sure it comports with the sign regulations that we have.”

Political signs must be taken down by 10 days after the election.

The same rules apply to signs for garage sales and advertisements for fund-raisers such as a team car wash. Tulloch said the city doesn’t normally get too many complaints about those.

“They either are compliant or they go out, they’re out for a day and people don’t complain about it,” Tulloch said.

Finally, Tulloch said there were more signs around town this summer during the COVID-19 pandemic – thanking first responders and telling neighbors to wear masks.