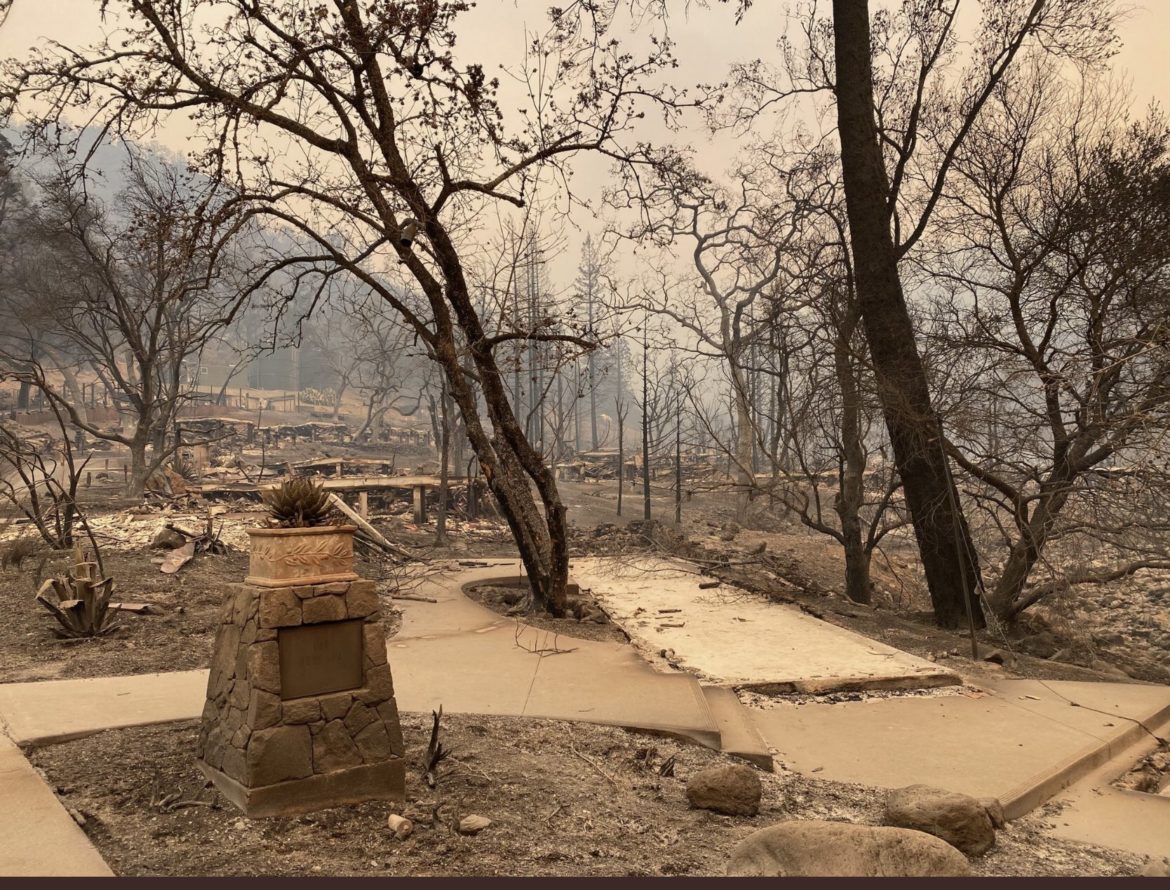 The Glass Fire had burned 36,236 acres in Napa and Sonoma counties as of Monday evening, according to a spokesman for Cal Fire.

The fire has burned more than 20,000 acres since noon Monday, when it was estimated to have affected roughly 11,000 acres.

Nichols said winds in the area of the fire are weaker than were forecasted, allowing firefighters the chance to try to contain the blaze.

“Very stagnant afternoon out here,” Nichols said, reporting from state Highway 12. “Not good for air quality and folks out exercising but great for us to work on containing this fire and working on putting that out.”

Nearly 80,000 people are currently under fire evacuation orders and warnings in Napa and Sonoma counties. Just this evening, residents of Calistoga were ordered to evacuate.

An estimated 37,000 customers in the area of the fires are currently without power, according to PG&E. The utility shut off power overnight for the safety of Cal Fire firefighters and expects to restore power to “the large majority” of affected customers by 11:59 p.m. Monday.

PG&E customers in the area of the Glass Fire are advised to visit pge.com/pspsupdates for information on potential power shutoffs and community resource centers for fire victims and displaced residents.