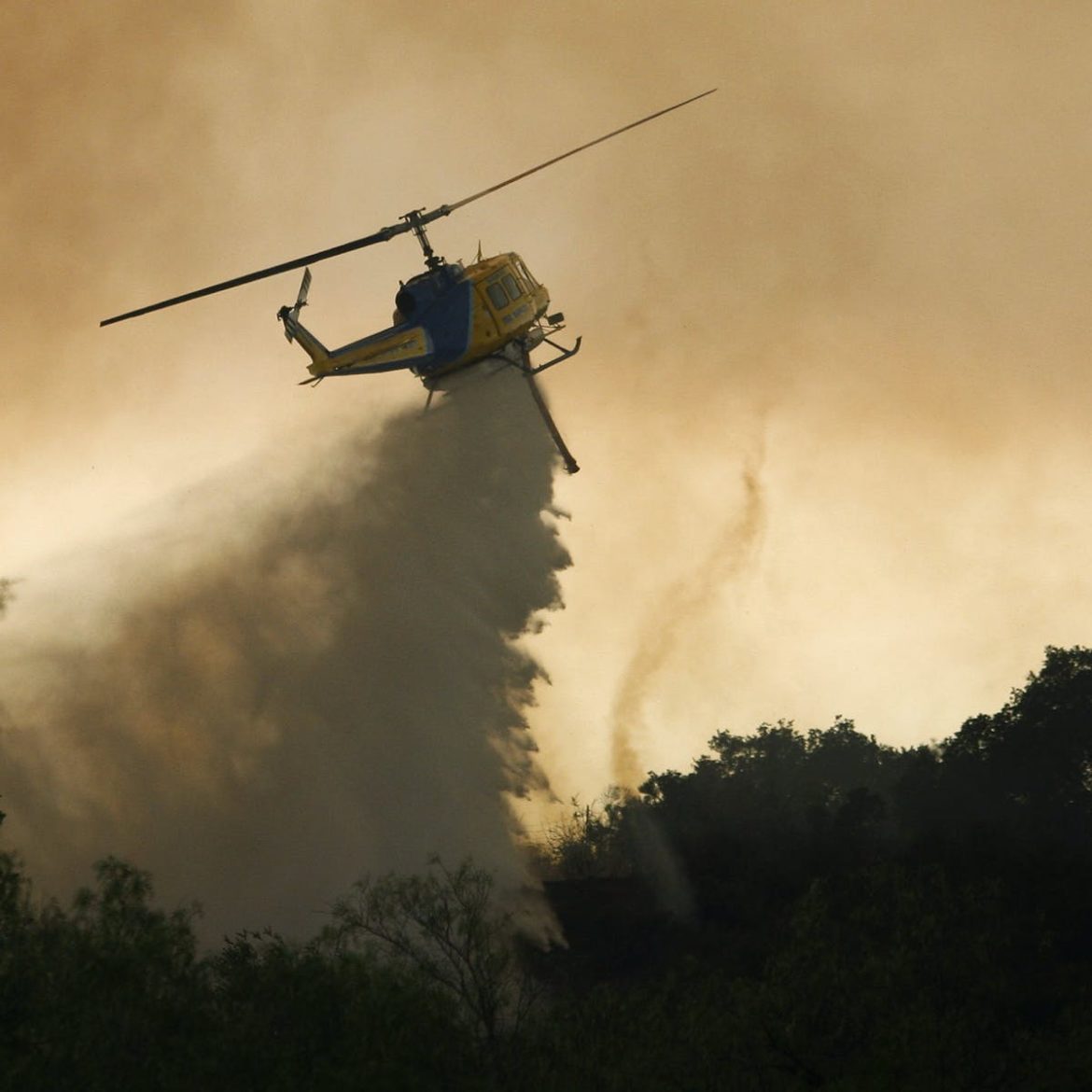 Extreme wildfires can fuel tornadoes, creating erratic and dangerous conditions for firefighters. (Photo by David McNew/Getty Images via The Conversation)

IT MIGHT SOUND like a bad movie, but extreme wildfires can create their own weather – including fire tornadoes.

It happened in California as a heat wave helped to fuel hundreds of wildfires across the region, many of them sparked by lightning. One fiery funnel cloud on Aug. 15 was so powerful, the National Weather Service issued what’s believed to be its first fire tornado warning.

So, what has to happen for a wildfire to get so extreme that it spins off tornadoes?

As professors who study wildfires and weather, we can offer some insights.

In a wildland fire, a heat source ignites the fire. Sometimes that ignition source is a car or power line or, as the West saw in mid-August, lightning strikes. Oxygen then reacts with dry vegetation to produce heat, ash and gases. How dry the landscape is determines whether the fire starts, how fast it burns and how hot the fire can get. It’s almost as important as wind.

That combination is exactly what the West has been seeing. A wet winter fed the growth of grasses that now cover large areas of wildland in the western U.S. Most of this grass is now dead from the summer heat. Combined with other types of vegetation, that leaves lots of fuel for the wildfires to burn.

The remnants of Hurricane Elida also played a role. The storm increased moisture and instability in the atmosphere, which triggered thunderstorms further north. The atmosphere over land was pretty dry by then, and even when rain formed at the base of these clouds, it mostly evaporated due to the excessive heat. This led to “dry lightning” that ignited wildfires.

Wildfires with turbulent plumes can produce a “cumulus” type of cloud, known as pyrocumulus or pyrocumulonimbus. Pyrocumulus clouds are similar to the cumulus clouds people are used to seeing. They develop when hot air carries moisture from plants, soil and air upward, where it cools and condenses. The centers of these “pyroclouds” have strong rising air.

It’s pretty common, and it’s a warning sign that firefighters could be facing erratic and dangerous conditions on the ground from the indraft of air toward the center of the blaze.

In some cases, the pyroclouds can reach 30,000 feet and produce lightning. There is evidence that pyrocumulus lightning may have ignited new blazes during the devastating fire storm in Australia in 2009 known as “Black Friday.”

Where do fire tornadoes come from?

Similar to the way cumulonimbus clouds produce tornadoes, these pyroclouds can produce fire‐generated vortices of ash, smoke and often flames that can get destructive.

A vortex can form because of the intense heat of the fire in an environment with strong winds. This is similar to a strong river flow passing through a depression. The sudden change in the speed of the flow will force the flow to rotate. Similarly, the heat generated by the fire creates a low pressure, and in an environment with strong winds, this process results in the formation of a vortex.

One fire tornado, or fire whirl, that developed during the deadly 2018 Carr Fire devastated parts of Redding, California, with winds clocked at over 143 miles per hour.

These vortices can also increase the severity of the fires themselves by sucking air rich in oxygen toward the center of the vortex. The hotter the fire, the higher the probability of stronger updrafts and stronger and larger vortices.

Persistent heat waves that dry out the land and vegetation have increased the potential of wildfires to be more violent and widespread.

Global warming has modified the Earth’s climate in ways that profoundly affect the behavior of wildfires.

Scientific evidence suggests that the severity of prolonged droughts and heat waves has been exacerbated not only by rising temperatures but also by changes in atmospheric circulation patterns associated with recent climate change. These changes can enhance extreme fire-weather behavior.

A study published Aug. 20 found that the frequency of California’s extreme fire weather days in the autumn fire season had more than doubled since the early 1980s. Over that four-decade period, autumn temperatures in the state rose by about 1.8 degrees Fahrenheit and autumn precipitation decreased by about 30%.

Firefighters and people living in wildfire-prone areas, meanwhile, need to be prepared for more extreme wildfires in the coming years.