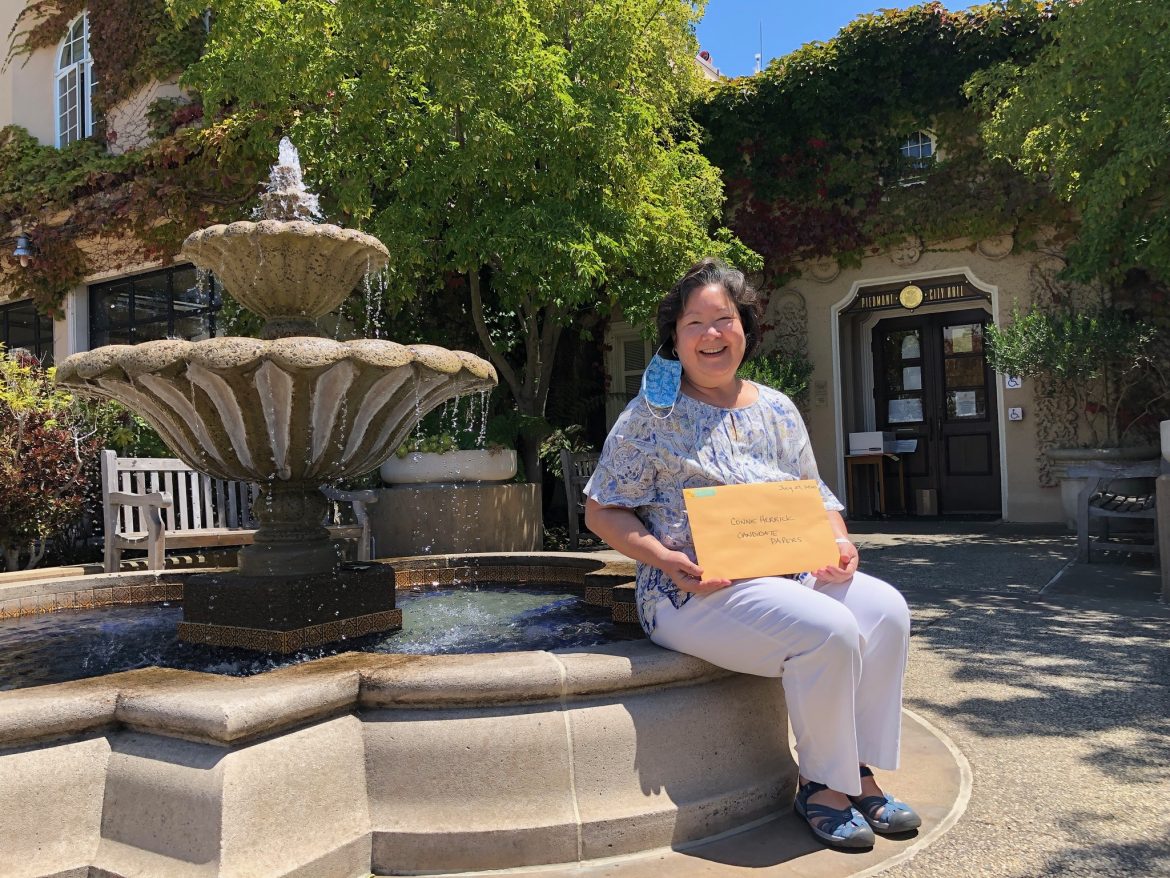 Connie Herrick knows she lives in a city chock full of people who are smart enough, and capable enough, to be good City Council members.

But after a 40-year corporate career, and as she continues to work as an acupuncturist, specializing in working with cancer patients and their oncologists, Herrick said it’s her time to step up.

“The issue is, I’m qualified, I’m available and I’m willing to serve,” said Herrick, 63, about her first campaign for elected office.

Herrick spent her career as director of marketing communications at American President Lines and vice president of business banking at Bank of America, “working with department budgets similar in size to Piedmont’s city budget,” Herrick said.

Herrick is also an acupuncturist, specializing in working with cancer patients and their oncologists, and for the past  25 years has been affiliated with the Charlotte Maxwell Clinic in Oakland that provides integrative cancer care for underserved Bay Area women. She writes a bi-monthly health blog for a San Francisco integrative medicine practice and manages its patient communications.

In town, Herrick has been a Beach Elementary School volunteer classroom helper, given presentations on wellness and Chinese medicine at Piedmont Middle and Piedmont High Schools, and served as a soccer team medic. She and husband Mark are active in their Community Resiliency Group (formerly called Neighborhood Watch).

Running for City Council, Herrick said, was a decision “I made more with my heart than my head,” driven in part by the unprecedented times marked by the COVID-19 pandemic.

“So I felt that If there was ever a time to step up, (to) contribute and affect positive change, it was now,” Herrick said. “Most of all, I have a strong desire to give back and a deep commitment to volunteerism and civic duty. That is what inspires me to serve and run for office. And I love our city.”

“From an issues standpoint, I believe I will not have the luxury of picking one top priority …. ,” Herrick said. “So I expect there to be many top priorities.” But the city’s top challenge, she said, will always be how to generate enough revenue to pay for all the services and infrastructure upgrades the city needs.

And the city’s departments are also doing a good job, she added — especially the Recreation Department, where she would encourage at least one notable program addition — aqua circuit training, with bicycles, treadmills and trampolines specially made to be used in the water. “Training this way allows minimal impact to the joints,” Herrick said.

Herrick said she won’t be leading the typical local council election campaign. “I am respectfully running my campaign a little differently,” she said. “I am not soliciting donations or asking you to put up lawn signs or calling you for your endorsement. I trust you will make the best decision for you and your family as you always do, with research and consideration.” Anyone who needs a “Connie Herrick”campaign sign, she said, can go to her website and download a window sign.

The current five council members, Herrick said, have done a fine job leading Piedmont. And she is confident that will be the case going forward, whomever wins election in November. Herrick is putting herself out there as another solid option.

“Whatever happens, we’re going to end up with a good council again.”