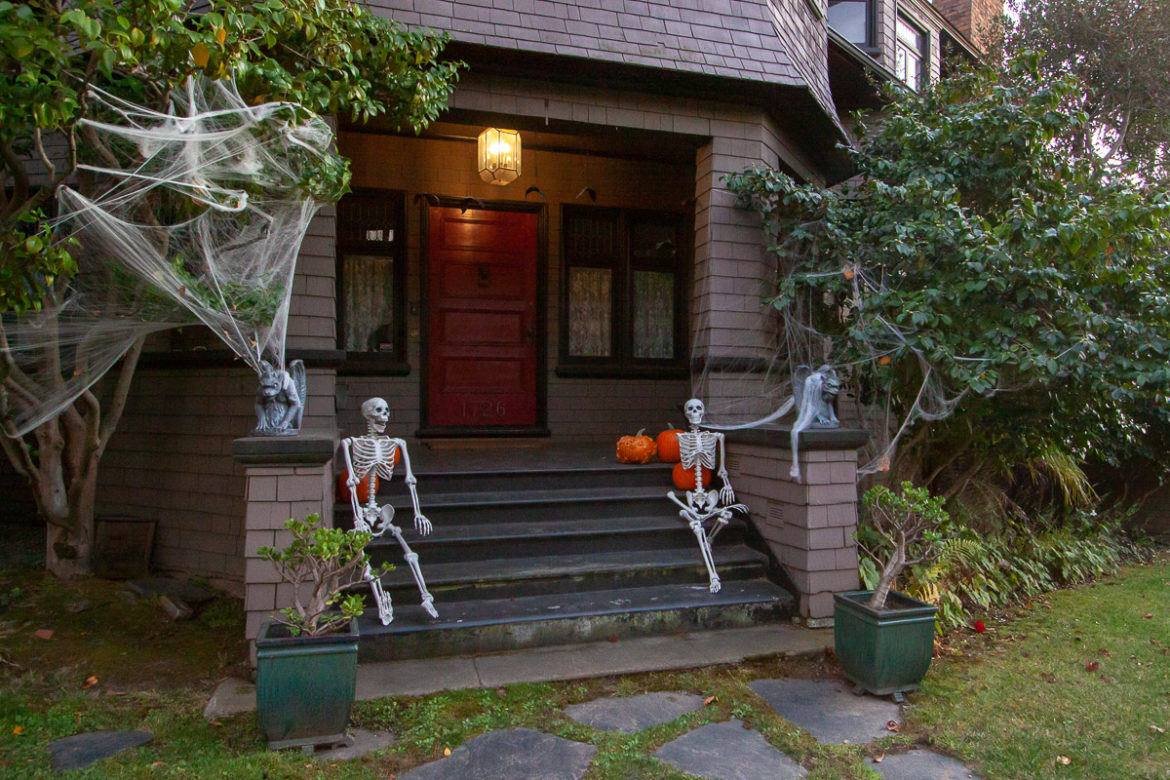 A skeleton welcome from Halloween 2019

Trick-or-treating hasn’t been formally banned in Piedmont or Alameda County — yet — but thanks to COVID-19, going door-to-door and gathering candy is not recommended this year, police Chief Jeremy Bowers told the City Council Monday night.

While health officials in neighboring Contra Costa County have officially recommended against trick-or-treating, Alameda County as of Monday hasn’t taken an official stance. And while Bowers said an outright ban is probably not enforceable – Los Angeles County recently called for a ban, but later relented, Bowers said – he was clear in his recommendation. That, he said, also covers the increasingly popular “trunk and treat” events in which families go from car trunk to candy-laden car trunk.

Council members were not thrilled with hearing that. Councilwoman Jen Kavenaugh sought clarification from Bowers about banning trick-or-treating vs. discouraging it. “It tends to be a short interface,” Kavenaugh said, “like people passing on a trail.”

But Bowers said that, this year, online Zoom costume parties or yard decorating contests may be the wiser course this year.

Vice Mayor Teddy Gray King said this figures to be a tough blow for local families.

“I don’t want to be the Grinch That Stole Halloween, but I need to make sure people don’t default to indoor Halloween parties,” King said. “That would be the worst-case scenario.”

City Attorney Michelle Kenyon said Piedmont will abide by any Halloween-related health orders when and if they come.

It was a 4-0 vote because Councilwoman Betsy Smegal Andersen was absent from Monday’s meeting.

The law requires that cities allow sidewalk vending, and restrictions may only be imposed when directly related to objective public health, safety, or welfare concerns. Monday night’s action was to adopt local rules and regulations consistent with SB 946.

A “sidewalk vendor,” as defined by state law, sells food, beverages or merchandise from a pushcart, stand, display, pedal-driven cart, wagon, showcase or other non-motorized vessel. These may be stationary (a street-corner fruit sales stand, for instance) or mobile, using a non-motorized push cart or something similar.

All that said, Piedmont has historically not allowed vendor activities on public sidewalks, Bowers told the council, but city code does not explicitly regulate sidewalk vending.

The new ordinance doesn’t cover food trucks, he added; those fall in another category of regulation, he said.