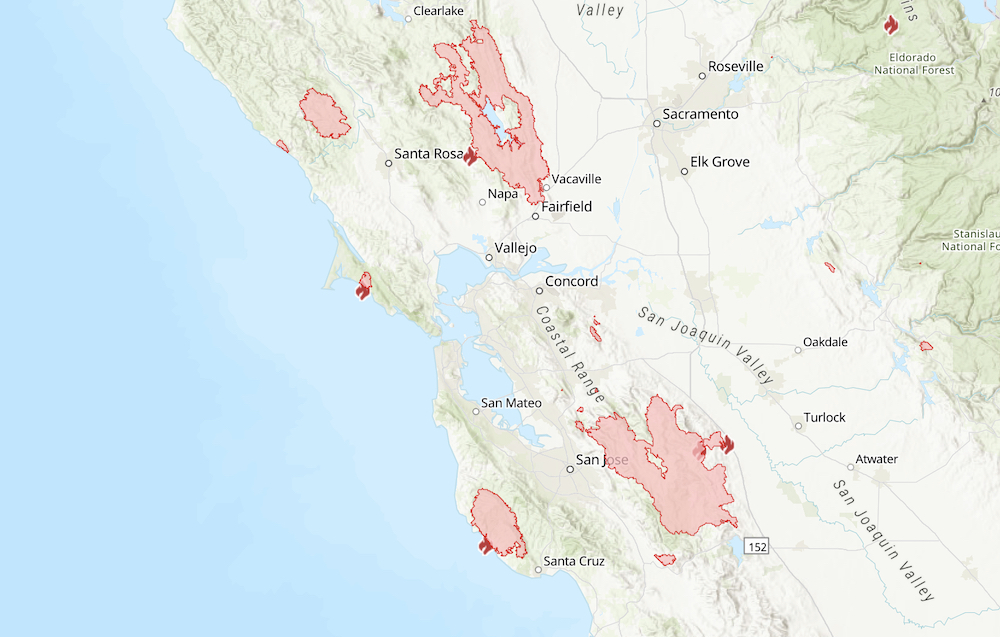 In Northern California, wildfires caused by lightning have destroyed hundreds of thousands of acres since Aug. 16 when the lightning first struck, and three of those wildfires are near complete containment.