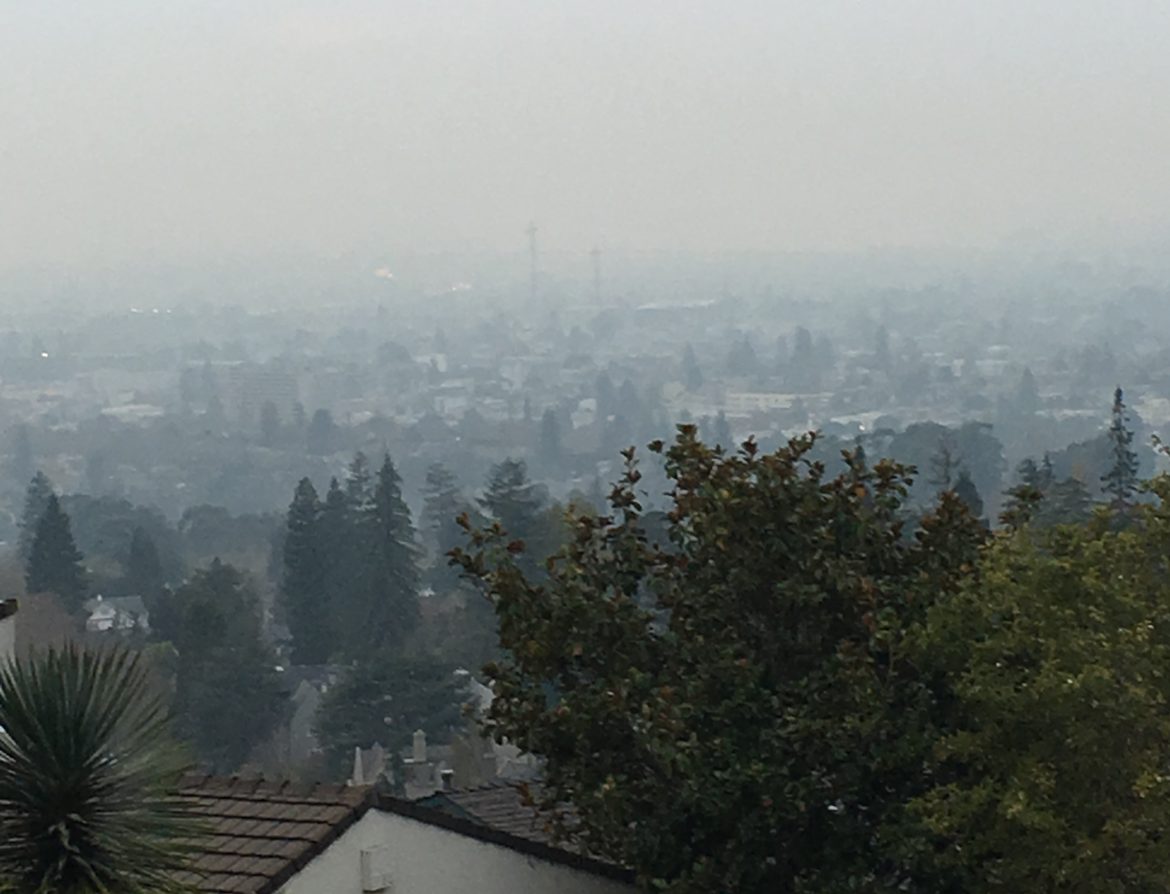 Areas of San Francisco, the peninsula and Marin County were experiencing unhealthy air quality on Friday due to wildfire smoke, according to the Bay Area Air Quality Management District. The air district already extended its Spare the Air alerts through Sunday due to wildfire smoke in the area, which dissipated slightly in recent days due to on-shore breezes and fire crews making progress in containing the fires. That wind pattern changed late Thursday night and early Friday morning, according to air district spokesman Aaron Richardson.

While the main areas with unhealthy smoke pollution were parts of the north and south bay on Thursday, wind flows from the southwest have pushed smoke plumes from the CZU Lightning Complex fires in Santa Cruz and San Mateo counties north along the peninsula. That smoke has also seeped into the East Bay.

“This is the most important change for the day (and) unhealthy air quality is expected to be more widespread compared to yesterday,” the agency said on Twitter.

Additional air flows from the northern part of the state could also blow in smoke from the August Complex fires in Mendocino County, according to Richardson. Active young people and people with respiratory diseases or other sensitivities to unhealthy air are advised to reduce their outdoor activities until the air quality improves.

Richardson suggested that unhealthy air levels could persist through the end of the regional Spare the Air alert on Sunday due to the current air flow.

“We do think this wind pattern that’s taking place today will continue through this weekend,” he said.