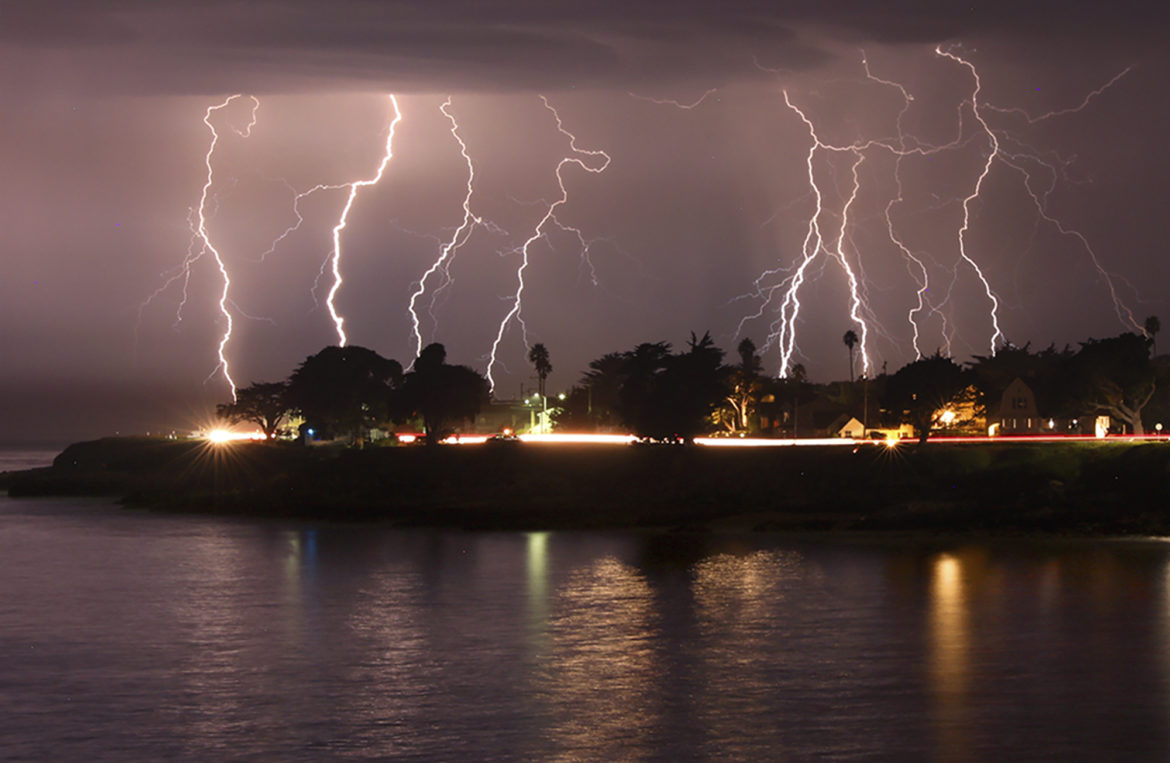 As many as 2 million Californians experienced one-hour blackouts on Friday and Saturday nights as the state triggered rolling power outages for the first time in nearly two decades amid a record-breaking heat wave. The sky-high temperatures, paired with gusty winds and dry conditions, exacerbated fires across the state, contributed to rare lightning storms and led the National Weather Service to issue a historic warning for a “fire induced tornado” raging through three rural Northern California counties.

The blackouts represent yet another political hurdle for Gov. Gavin Newsom as he struggles to respond to glitchy state tech systems and get a handle on the crumbling economy even as top staff leave his administration.

The California Independent System Operator — which runs the state’s power grid — said the shutoffs were due to heat and two out-of-service power plants.

But the demand for electricity peaked at 46,800 megawatts Friday — less than the record 50,270 in July 2006, during which blackouts were avoided even as 140 Californians died amid the heat.

California relies more heavily on solar power than it did in 2006, which has cut down its fossil fuel consumption but also constrained its ability to produce energy after dark — a problem compounded by inadequate battery storage, experts say.

California has finally cleared its backlog of nearly 300,000 coronavirus tests — and the state’s two-week positivity rate fell from 7% to 6.2%, Newsom said Friday. Hospitalizations declined by 30% and intensive-care admissions by 20% over the same period, CalMatters’ tracker shows. Nevertheless, challenges remain: The state’s death toll crossed 11,000 Friday, and over 600,000 people have tested positive for the virus — more than any other state. And a recent Desert Sun investigation found that it takes 94% of California counties took more than two days to turn around coronavirus test results and 58% up to a week, which means “you’ve lost that window to have the test serve its purpose,” a Harvard health policy professor said. “It’s an interesting footnote historically but has no role anymore for preventing further spread.”

The imported farmworkers who pick California’s produce sleep five to a motel room on average, creating perfect conditions for coronavirus to spread. But unlike other congregate facilities like nursing homes, neither state nor federal officials have issued requirements to keep guest workers safe, CalMatters’ Jackie Botts and the Salinas Californian’s Kate Cimini report in a new investigation. More than 350 have been sickened and at least one has died amid outbreaks. Many of those sickened work for three of the five largest guest worker employers in California, picking produce for companies like Trader Joe’s and Albertsons. Many of the guest workers are recruited from Mexico and are transported, housed and fed by their employers — who say they’re doing all they can to protect workers, but are hamstrung by overregulation and California’s housing shortage.

3. Newsom to allow in-person instruction for some students

Students with disabilities and other “acute” needs will be able to return to school for in-person instruction in small groups — even in counties on the state’s coronavirus watch list — under new state guidelines likely to be released this week, Newsom said Friday. The governor also unveiled a new executive order requiring state agencies to accelerate efforts to connect all students to high-speed internet. The two announcements came after some California schools’ first week of distance learning — during which not all students were able to log into classes. While advocates will likely applaud guidelines allowing needy students to resume in-person instruction, they add yet another wrinkle to the state’s complex — and in some eyes, contradictory — educational policies amid the pandemic.

California’s ban on high-capacity magazines — guns that hold more than 10 rounds of ammunition — violates the Second Amendment and is therefore unconstitutional, a federal appeals court ruled Friday in a decision likely to be appealed by the state. However, California gun owners won’t be able to immediately buy high-capacity magazines due to another court ruling that remains in place. The Golden State banned high-capacity magazines following the 2016 passage of Prop. 63, a measure championed by then-Lt. Gov. Newsom after the 2015 mass shooting in San Bernardino. Prop. 63 also required background checks to buy ammunition — a provision facing its own legal challenges.