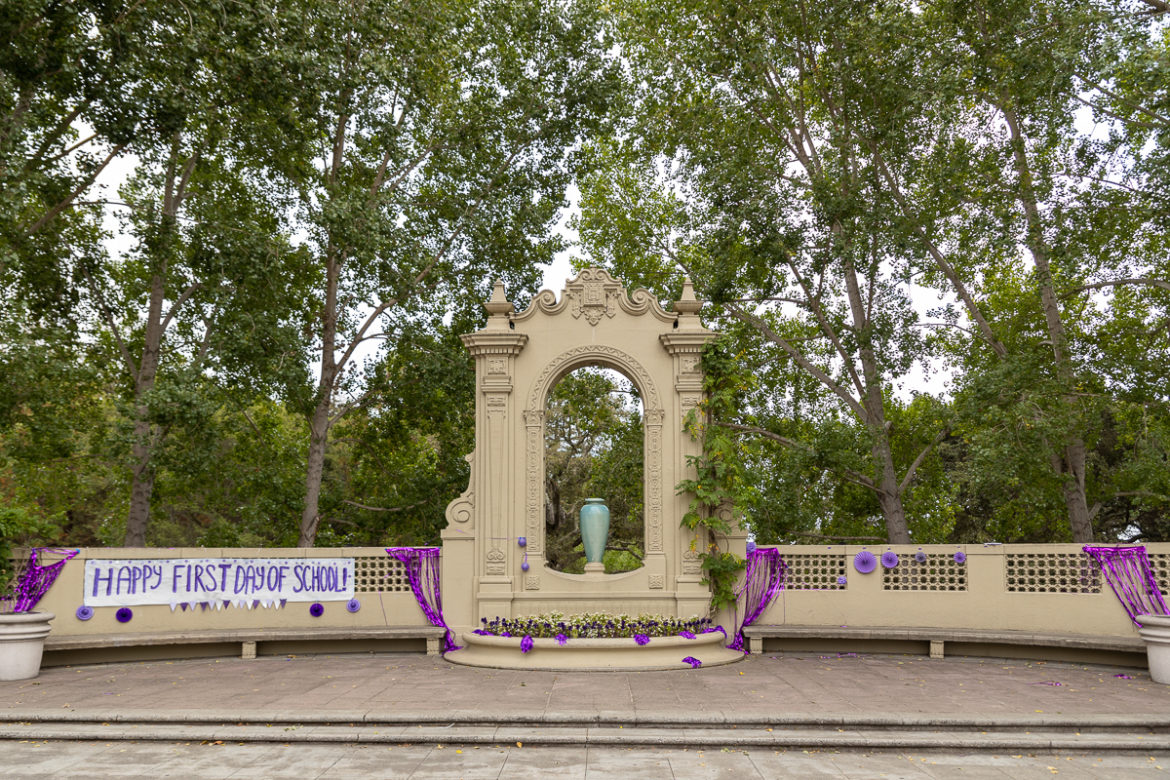 APT President Gabriel Kessler told the Board that staff will be voting on an additional MOU this week that addresses many of the concerns teachers had with in-person instruction. As a result, Kessler said that the APT decided to separate distance learning and in-person learning into two different MOUs in order to speed the negotiations process along.

“No matter what happens, we will make the safety of our students and staff paramount,” Kessler said. “Let’s not maximize time, let’s maximize learning.”

When and how to resume in-person classes has been a heated topic since the spring, when schools shut down due to the pandemic. In July, over 750 people signed a petition calling for a five-days-per-week plan that “maximizes in-person instruction” as health conditions allowed. At school board meetings over the summer — and in a popular Facebook group for local parents — some parents have said they are frustrated by what they perceive to be a lack of urgency around planning for the resumption of classroom teaching.

Parents who spoke at Wednesday’s meeting asked questions regarding how PUSD would be prepared to respond if and when Alameda County eventually allows for waivers and returning special education students to the classroom. Superintendent Randall Booker said the County’s public health officer said it was unlikely it would even entertain waiver requests from school districts until after Oct. 1. (On Tuesday the state issued rules for opening schools to high needs students.)

Kessler told the Board that APT perceived waiver applications as a “repudiation of safety concerns”  and appeared to dismiss the idea of a bifurcated process of returning students to school (i.e., TK – 6th grade first), saying “It can’t be safe for 100 people and not for another 100.”

Depending on whether or not the in-person learning MOU is approved by teachers this week, the Board hopes to approve the second MOU between the District and the APT at their Sept. 9 meeting.

H1 Program Manager Pete Palmer shared a construction project update with the Board on Wednesday. Although the building had been on track to open in mid-August, Palmer said that PG&E delays related to the installation of permanent power to the building pushed back the opening date, as the district can not get a certificate of occupancy until that is in place. Palmer said he expects to get one on Friday, Sept. 18.

Additionally, Palmer noted that when it became clear that the school year would begin in distance learning mode, PUSD decided they would no longer pay overtime for construction workers, which has also slowed down the pace of the final stage. Palmer also said that supply chain disruptions due to COVID-19 means that he is still waiting on several missing items such as countertops that are not coming in until late September and early October.

Teachers will be able to teach from the STEAM building beginning on Oct. 26, but Palmer said that teachers could be allowed into the building as early as the first week of October.

Palmer, in conjunction with Booker and PHS principal Adam Littlefield, agreed that teachers will not move into the building until it is completely finished, which would eliminate disruptions while teachers are moving in.

“I have a lot of confidence that we are going to hit these new dates,” Palmer said.

As for the theater project, Palmer said that the construction is on schedule and the building will be ready to occupy in fall 2021.

Board will support Measure UU for new pool facility

The Board voted unanimously in favor of drafting a letter of support for bond Measure UU to construct a new pool facility in Piedmont.

Piedmont resident Vince Saunders addressed the Board about the necessity of replacing the Piedmont Pool. He said that the current pool facility is 56 years old and leaks 3,000 gallons of water every day.

“It’s past its useful life,” Board member Cory Smegal said.

Smegal said that although the pool facilities are often used by PUSD for athletic purposes, the current facilities budget is dedicated to the STEAM building and the theater, which prevents PUSD from also funding the construction of a new pool.

Saunders said that the average cost to homeowners would be 75 cents per day, based on the median home price in Piedmont.

If passed by voters, Measure UU would give the city the ability to issue up to $19.5 million in bonds to fund the construction of a new pool.

In addition to Saunders, multiple residents called in to ask the Board to support the measure.

Assistant Superintendent Cheryl Wozniak shared a presentation detailing the two new policies on racial and educational equity and inclusion, including how the policies were drafted and what they described.

Board Policy 0415.1: Racial Equity aims to provide equitable outcomes for students who are Black, Indigenous, People of Color (BIPOC).

“The district’s mission, vision, and goals recognize that educational excellence for all students requires a commitment to racial equity,” the policy reads.

The three goals of the racial equity policy are fighting racism as an institution, being an inclusive and welcoming environment for BIPOC students, staff, and their families, and eradicating the opportunity gaps for BIPOC students.

The intent of Board Policy 0415: Educational Equity is to recognize the vitality of diverse students, staff, families, and community members and how they contribute to the district’s vision, mission and goals.

“Addressing the needs of diverse populations requires recognition of the inherent values of diversity and acknowledgment that educational excellence requires a commitment to educational equity both in the opportunities provided to students and the resulting outcomes,” the policy states.

The Board will hear a second reading of both policies at their Sept. 9 meeting.

To celebrate and capture the unique circumstances from the first day of online school this year, Booker asked families and staff to send in photos from their first day. He then compiled these images into a five minute video, which he presented to the Board.

Two PHS seniors, Kayla Wong and Sadie Tschider, also presented their “Piedmont Wears Masks” PSA to the Board on Wednesday. The Piedmont Mask Project was founded by seniors Anthony Wong, Audrey Edel, and Sadie Tschider, and their mission is to educate others about the importance of wearing masks in Piedmont.

The Board will hear a second reading of the racial and educational equity policies, a distance learning update, review the unaudited financial report statements from the District, and watch a video from the Piedmont Boosters. The Board also anticipates a motion to approve the in-person MOU between PUSD and the APT.

The next regular Board of Education meeting will take place on Wednesday, Sept. 9 via Zoom.