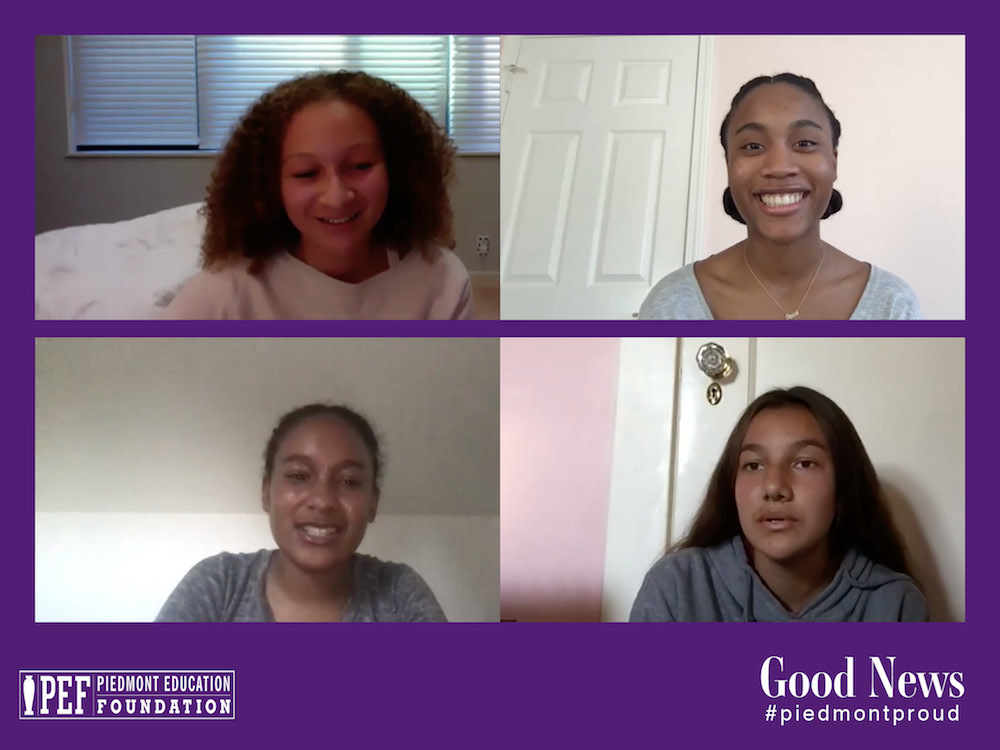 The Black Student Union (BSU) of Piedmont and Millennium High Schools had met only five times before the SIP caused schools to close, but that did not stop its passionate members from forging ahead. Led by rising senior Harmonee Ross, several BSU members created a powerful video exploring what it means to be a Black student in Piedmont.

Educator and PUSD consultant Ina Bendich facilitated the lively conversation, and the students answered questions from community members. Students who elevate our community through conversations on critical issues is one more reason why Piedmont schools are exceptional. #PiedmontProud