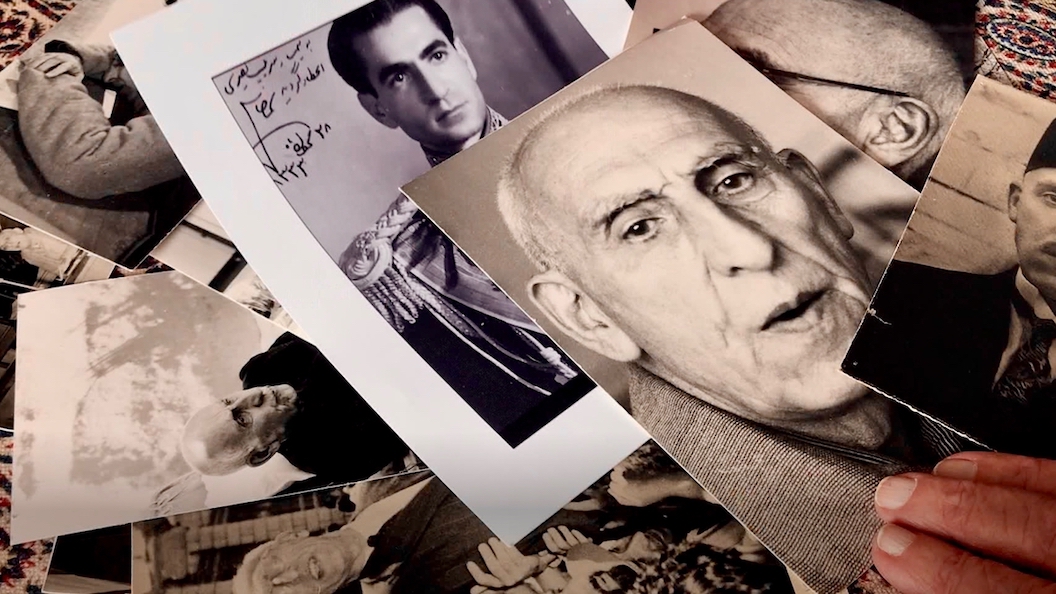 "Coup 53" is an explosive documentary that exposes the critical roles the U.S. and U.K. played in overthrowing an Iranian prime minister. It screens for one night only Aug. 19. (Image courtesy of Premier)

An animated gorilla who just wants to roam free and an investigative documentary filmmaker intent on exposing secrets are just two of the must-sees in our Pass the Remote series.

• “Coup 53”: Filmmaker Taghi Amirani’s unwavering tenacity and determination were instrumental in exposing how the U.S. and the U.K. played clandestine roles in the 1953 coup of Iranian Prime Minister Mohammad Mossadegh’s democratic leadership, a global chess move that has affected Middle East relations since. Amirani’s investigation makes for a fascinating and historical watch, but you better get your virtual ticket pronto. The important documentary screens virtually for one night only (Aug. 19) and will feature the following day a Q&A with both the director and actor Ralph Fiennes, who interprets the role of a key intelligence figure responsible for spilling the secrets. It’s riveting and shocking; a must-see for truth seekers. It’s also produced by the East Bay’s Paul Zaentz.  (Screens virtually at https://watch.eventive.org/coup53-us/play/5f1dfb2816af9c00785ab153 ; https://rafaelfilm.cafilm.org/coup-53/ https://watch.eventive.org/coup53-us/play/5f1dfac316af9c00785ab100)

• “The One and Only Ivan”: If you’re a Bay Area family with a Disney+ streaming subscription, you’re in luck this weekend. The channel hosts the world premiere of a delightful and tender adaptation of Katherine Applegate’s award-winning young adult novel. Daly City native and Oscar winner Sam Rockwell voices the caged Ivan, a mall gorilla itching for freedom. Rockwell is just one of many stars — Angelina Jolie, Helen Mirren, Danny DeVito, Chaka Khan — voicing a CGI crew of cute animals/mammals. Bryan Cranston — in human form — stars as the circus owner vetting a a new act — a cute little elephant — to offset financial troubles. It’s based on a true story and is one of the best productions yet from the streaming service. (Streaming Aug. 21)

• “The August Virgin”: Neo-realism is an acquired taste, demanding patience as a camera observes the mundane and the meaningful in everyday lives. Jonás Trueba’s languidly paced drama is sharp-eyed, capturing the realness in a very Rohmer-like fashion. His focal point is 32-year-old Eva (Itsaro Arano), a thoughtful, well-read soul-searcher and her time spent in the sultry-hot Madrid. During her holiday, she sojourns with new friends, gets reacquainted with old ones and flirts with potential lovers. Director/writer Trueba appears to be just pointing and shooting, but there’s a higher purpose at work, and that crystalizes as the film elegantly progresses. It’s the next best thing to visiting Madrid right now. (Virtual streaming https://rafaelfilm.cafilm.org/august-virgin/; including Q&A Aug. 22 and Aug. 29 with director Trueba and lead actress Arano)

• “Pariah Dog”: Jesse Alk’s immersive experience starts with a pack of howling street dogs on the empty streets early one morning in India. That extended bit gets irritating. But be patient. Alk’s fly-on-the-wall approach gets to you, weaving a tender tale about the poignant relationship between Kolkata’s dog lovers and their scrappy adopted canines. Alk introduces us to passionate animal caretakers as they devote time to caring for the downtrodden. The seemingly random scenes coalesce at the end, leaving us with the impression that the dogs’ plight mirrors those of their human saviors. It originally showed at SF DocFest. (Available for rental Aug. 18 on Amazon, Apple; http://www.pariahdogmovie.com/)

• “Moonstruck”: If you’re lamenting not being able to see a movie in theaters, snap out of it already and hop in your hot wheels this Friday to the Lark Drive-In in Corte Madera. They’ll be screening one of our favorite romantic comedies, the Oscar-winning “Moonstruck” with scene-stealer Olympia Dukakis, the divine Cher and Nicolas Cage as a hot baker. Norman Jewison’s 1987 dysfunctional family comedy is a classic as the finest operatic aria. (https://prod1.agileticketing.net/websales/pages/info.aspx?evtinfo=265761~93654fc6-c14e-40a7-812a-d5d2baa619e8&)