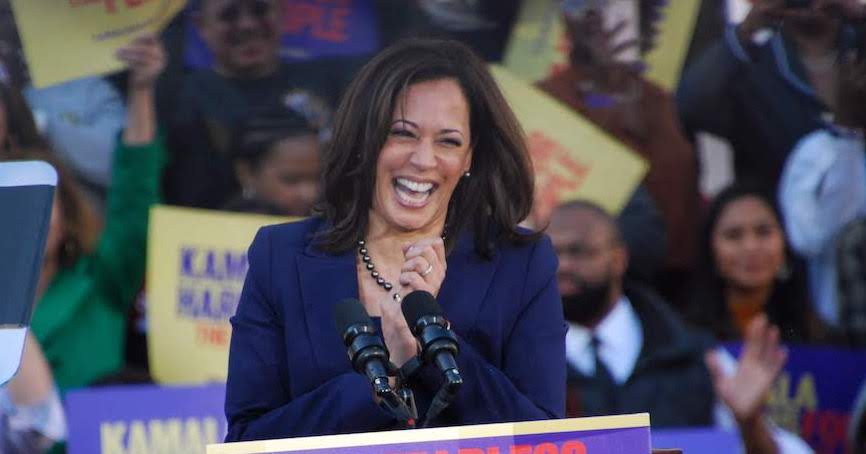 “I have the great honor to announce that I’ve picked @KamalaHarris — a fearless fighter for the little guy, and one of the country’s finest public servants — as my running mate,” Biden wrote on Twitter.

Harris tweeted, “I am honored to join him as our party’s nominee for Vice President.”

Harris was elected in 2003 to serve as San Francisco’s district attorney and state voters elected her as California’s attorney general in 2010 and again in 2014. She was the first Black woman to serve as the California’s top prosecutor. In 2016, she was elected to the Senate and last year ran for the presidential nomination before bowing out later in the year.

Harris is from Oakland and has known Mayor Libby Schaaf for at least 24 years, well before Schaaf endorsed Harris in her bid last year for the Democratic nomination. Schaaf tweeted Tuesday afternoon, “Hella Proud. Our country needs this fierce + compassionate woman in the White House.”

In the 1990s, Harris was a prosecutor in the Alameda County District Attorney’s Office where she worked on child sexual assault cases. As San Francisco’s district attorney, she launched a program that gave first-time drug offenders second chances. Offenders were given the chance to earn a high school diploma and find work. Harris was the first Black woman to be elected to that job. She would be the first Black woman to be U.S. vice president if she and Biden are elected in November.

Her father is Jamaican, and her mother is from India. Harris is married and the stepmother to two children. She graduated from Howard University and the University of California Hastings College of Law, where she earned her law degree.