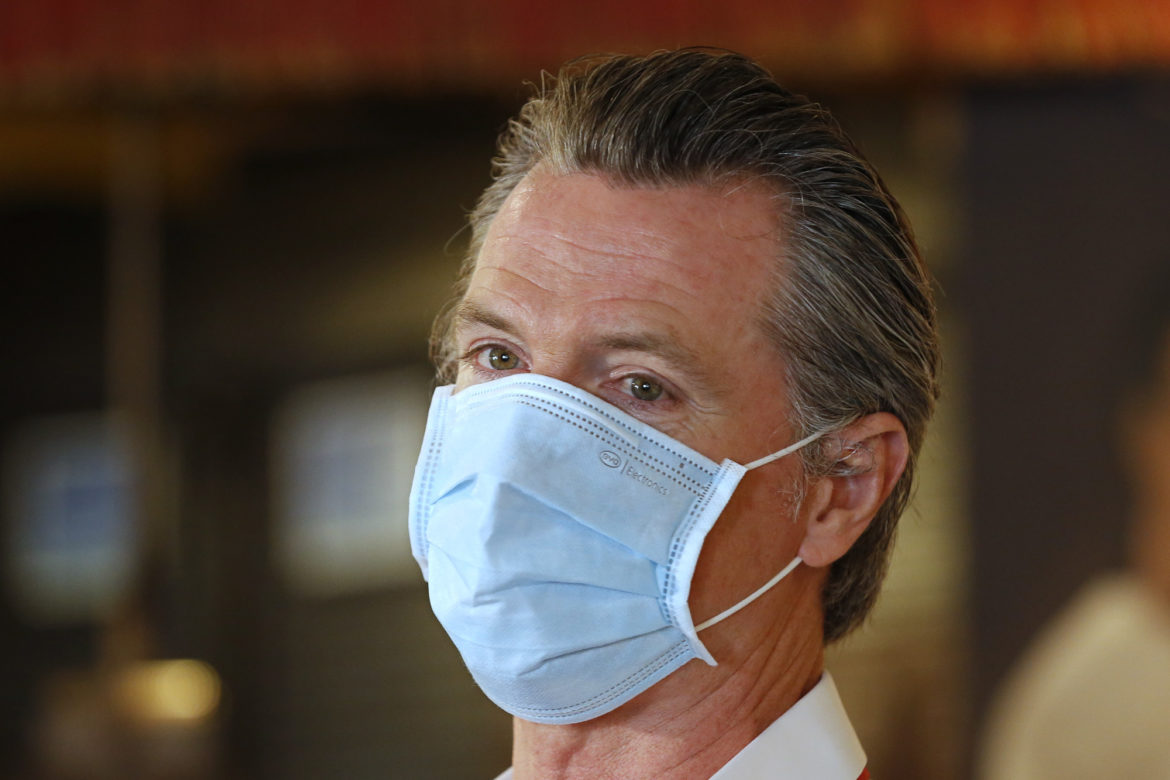 The state of California does not have the financial wherewithal to afford the White House’s plan to extend expanded unemployment benefits during the COVID-19 coronavirus pandemic, Gov. Gavin Newsom said Monday.

Newsom said in his daily coronavirus briefing Monday that the state would have to cover 25 percent of the costs associated with a $400 per week unemployment insurance payment, as outlined in a memorandum President Donald Trump announced over the weekend.

That 25 percent would amount to the state spending between $700 million and $3 billion in taxpayer funds per week. The state would have to make sharp cuts to public services to foot that bill, Newsom said. “The state does not have an identified resource of $700 million per week that we haven’t already obliged,” he said.

While the state received billions from the Coronavirus Aid, Relief and Economic Security Act passed by Congress in March, Newsom said all of that funding has already been allocated.

“We’re going to need the federal government to provide the support, that 25 percent, or we are at peril of being in a position where we’re making false commitments, false promises to millions of Californians that, ultimately, we simply cannot meet,” Newsom said.

Trump announced an executive order and several accompanying memoranda over the weekend after Congressional leaders and White House negotiators could not come to a compromise for a second coronavirus relief bill. The executive order Trump signed targets evictions, but does little to keep renters and mortgage-payers in their homes. Rather, the order encourages federal agencies to use the powers they already have to “consider” policies that would prevent evictions.

Newsom said a full three-quarters of the state’s tenants who have fallen behind on their rent payments are Black or Latino. The state’s own eviction moratorium runs out as soon as Friday.

Newsom said state legislators and his office are collaborating on a solution to extend those eviction protections deeper into the year. “We have every hope and expectation that we will organize a collaborative framework” to prevent evictions at least through the end of August, Newsom said.

The extension would give the Legislature the chance to codify an eviction moratorium before its session ends at the end of the month.

Newsom also acknowledged the tumult within the state’s Department of Public Health and its coronavirus data collection issues, but played coy when asked about the sudden resignation of State Public Health Officer Dr. Sonia Angell. “I try not to have personnel conversations in public,” Newsom said, later adding “she wrote a resignation letter and I accepted her resignation.”

Newsom blamed the state’s years-long bout with information technology infrastructure and suggested the CalREDIE system was never built for the influx of data the state has seen since the pandemic began. “It is clear based upon what has been reported over the last week that we had a little bit of trouble,” Newsom said.

Newsom and California Health and Human Services Secretary Dr. Mark Ghaly both claimed that the backlog would be cleared later in the week, with Newsom ensuring that the state’s figures would be accurate both in the short and long term.

“This is the most critical time for this state to assert the kind of collective resolve that is required of a state as large as ours, 40 million strong in meeting this moment, mitigating the spread and getting us back to some modified semblance of normalcy,” Newsom said.