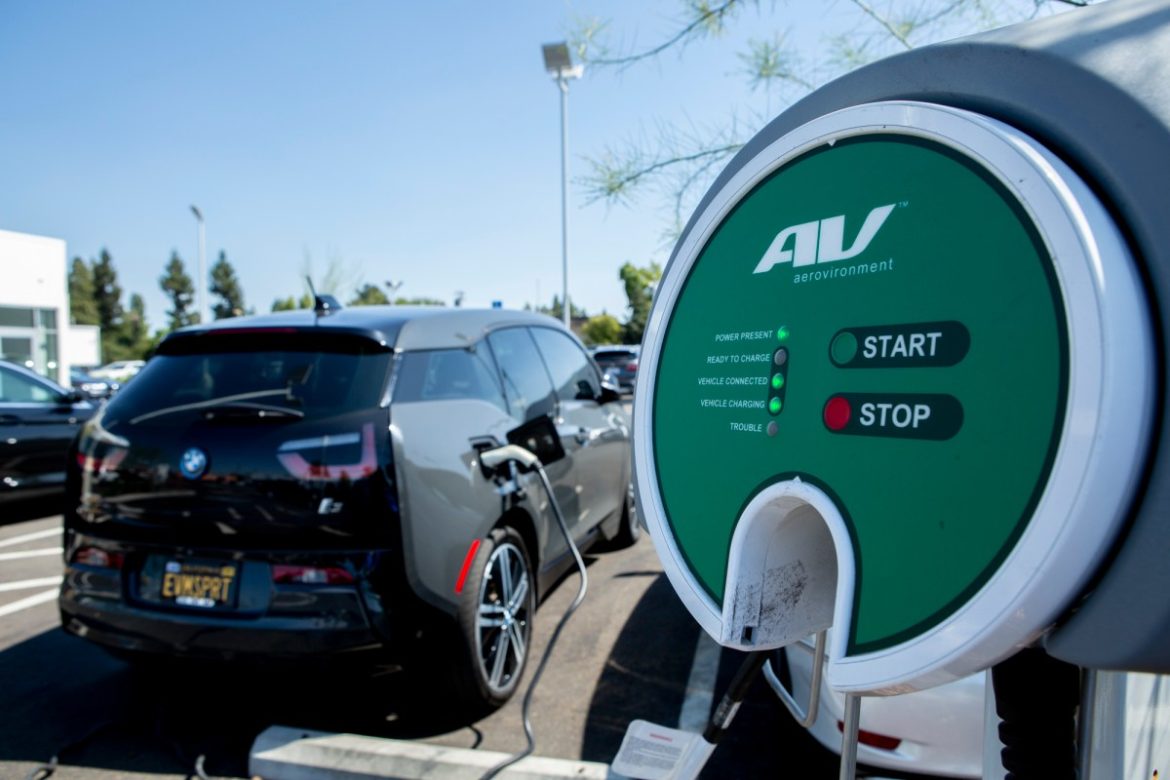 Five car companies agreed to meet state requirements for greenhouse gases. An electric car is charging at Niello BMW in Sacramento on September 12, 2019. Photo by Anne Wernikoff for CalMatters

The companies pledged to meet state greenhouse gas requirements, not Trump administration rollbacks. In exchange, they get more time to meet them.

California’s clean air enforcers have finalized a deal with five automakers to cut greenhouse gases from cars despite the Trump administration’s rollbacks.

The car companies agreed to meet California requirements nationwide for cars and pickup trucks rather than fall in line with new, looser federal standards. In exchange, state officials will grant them an extra year and more flexibility to meet the greenhouse gas targets instead of stricter rules that could apply should the state win a court battle.

“It’s a continued recognition of California’s role as a lead player in this space, and the importance of California as a vehicle market and as a leader nationally in emissions reductions standards,” said Julia Stein, project director for the Emmett Institute on Climate Change and the Environment at University of Los Angeles School of Law.

“We have consistently said we will pursue policies that are best for the environment, our customers and our business, regardless of what political party is in power,” Debra Hotaling, a spokesperson for Ford, said in an email to CalMatters. “Our agreement with California is better for our customers, the environment and the short- and long-term health of the industry.”

General Motors, Fiat Chrysler, and Toyota have not agreed to the deal, and they have sided with the Trump administration in the ongoing court battles. It’s a decision that could cost the companies millions: the California government pledged in November that it would stop buying cars from manufacturers that failed to sign on to its deal.

The deal is a detour around the federal government’s decision to yank California’s authority to set its own greenhouse gas limits — a power enshrined in the Clean Air Act that has enabled California to battle pollution for decades. The Trump administration also cut Obama-era fuel economy targets for cars and light duty pickup trucks, dropping requirements for yearly improvements of roughly 5% to about 1.5% percent per year.

The two rollbacks by the Trump Administration allow cars to emit more planet-warming carbon dioxide and smog-forming pollutants. California is fighting both in court. The state has led 22 other states, the District of Columbia and several cities in three lawsuits over the multi-pronged effort to unravel clean car rules that California, the federal government and car companies agreed to in 2012.

Car companies, which initially pushed the Trump administration to revisit the Obama-era standards, have been caught in the middle as the lawsuits sow uncertainty about which standards to meet. California has outsized clout in the car world: thirteen other states follow California’s tailpipe emission rules for smog-forming and climate-warming pollutants, accounting for over a third of new light-duty vehicle sales in the US.

The agreement isn’t a regulation, but a voluntary contract. It applies to vehicles through model-year 2026, starting with model-year 2021 cars and light-duty trucks anticipated to hit dealerships this fall.

“The parties have spent obviously a great deal of time hammering out a compromise that is fully baked, clearly described and comprehensively written,” said Danny Cullenward, an energy attorney and economist who lectures at Stanford Law School.

Carmakers that signed the agreement welcomed the increased certainty it confers.

“By setting these long-term, predictable, and achievable standards, we have the regulatory certainty that is necessary for long-term planning that will not only reduce greenhouse gas emissions but ultimately benefit consumers as well,” Phil DiIanni, a spokesperson for BMW Group, said in an email.

Broadly, it’s similar to the original proposal unveiled a year ago. It essentially gives carmakers an extra year to reach Obama-era greenhouse gas emissions targets, meaning that yearly requirements to cut climate-warming pollution from tailpipes will drop from roughly 4.7 percent per year to about 3.7 percent.

Carmakers will get extra credit for selling zero emission vehicles, counting towards up to 1 percent of targeted emissions cuts. And unlike the Obama-era standards for these model years, the deal doesn’t count upstream power plant emissions for charging against those credits, according to Daniel Sperling, director of the Institute of Transportation Studies at the University of California, Davis and a member of the California Air Resources Board.

“What this agreement does is provide a significantly increased incentive for the manufacturers to sell electric vehicles,” Sperling said. The carmakers’ precise plans for electrifying their fleets, however, are confidential.

The companies that have signed on will not fight California in court, and will oppose challenges from their trade associations. They will have the opportunity to renegotiate if California offers better terms to another company.

“So essentially everybody’s saying, ‘This is the deal. Sign on to this deal. There will be no better deal than this deal,’” Cullenward said.