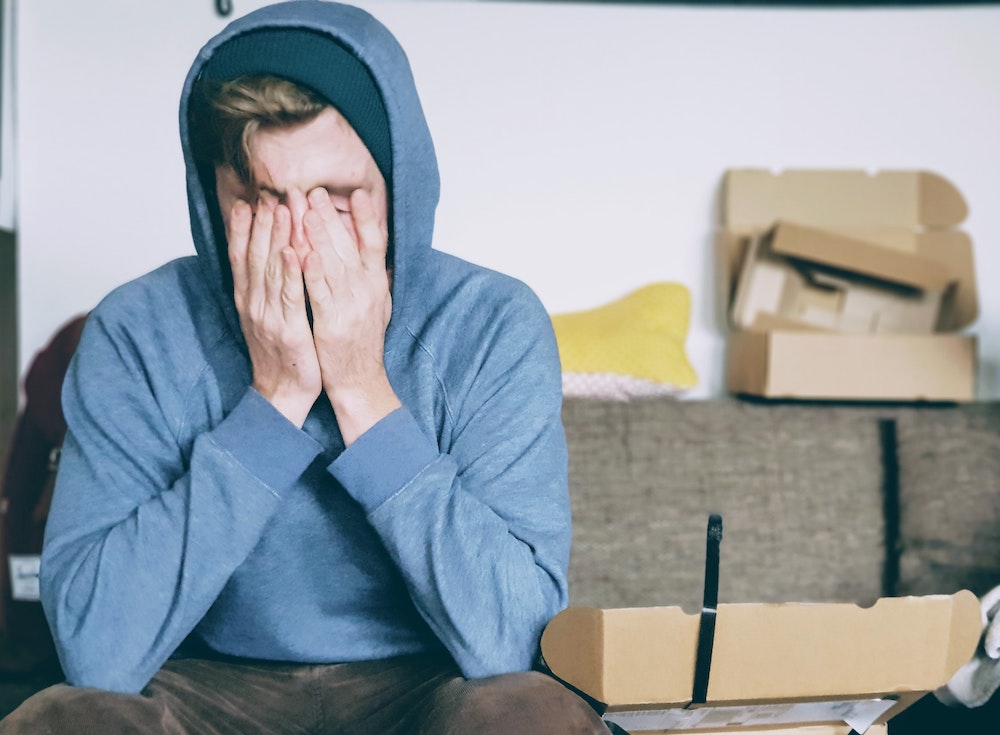 In a series of July U.S. Census Bureau surveys, nearly half of California adult respondents reported levels of anxiety and gloom typically associated with diagnoses of generalized anxiety disorder or major depressive disorder, a stunning figure that rose through the summer alongside the menacing spread of the coronavirus.

It’s official, California: COVID-19 has left us sick with worry and increasingly despondent. And our youngest adults — ages 18 to 29 — are feeling it worst.

Weekly surveys conducted by the U.S. Census Bureau from late April through late July offer a grim view of the toll the pandemic has taken on the nation’s mental health. By late July, more than 44% of California adult respondents reported levels of anxiety and gloom typically associated with diagnoses of generalized anxiety disorder or major depressive disorder, a stunning figure that rose through the summer months alongside the menacing spread of the coronavirus.

America at large has followed a similar pattern, with about 41% of adult respondents nationwide reporting symptoms of clinical anxiety or depression during the third week of July. By comparison, just 11% of American adults reported those symptoms in a similar survey conducted in early 2019.

The July responses showed a marked geographic variance, with residents of Western and Southern states, where the virus remains most virulent, registering greater mental distress, on average.

The findings reflect a generalized sense of hopelessness as the severity of the global crisis set in. Most adults have been moored at home in a forced stasis, many in relative isolation. The unemployment rate hit its highest rate since the Great Depression of the 1930s. Thousands of families across California and tens of thousands across the U.S. have lost people to the virus. There is no clear indication when — or even if — life will return to normal.

“The pandemic is the first wave of this tsunami, and the second and third waves are really going to be this behavioral health piece,” said Jessica Cruz, executive director of the National Alliance on Mental Illness (NAMI) California.

The surveys were part of a novel partnership between the National Center for Health Statistics and the Census Bureau to provide relevant statistics on the coronavirus’s impact. In weekly online surveys over three months, the Census Bureau asked about 900,000 Americans questions to quantify their levels of anxiety or depression. The four survey questions are a modified version of a common screening tool physicians use to diagnose mental illness.

Respondents were asked how often during the previous seven days they had been bothered by feeling hopeless or depressed; had felt little interest or pleasure in doing things; had felt nervous or anxious; or had experienced uncontrolled worry. They were scored based on how often they had experienced those symptoms in the previous week, ranging from never to nearly every day. High scores on the anxiety questions indicated symptoms associated with generalized anxiety disorder. High scores on the depression questions indicated symptoms of major depressive disorder.

In both California and the nation, symptoms of depression and anxiety were more pronounced among young adults, and generally decreased with age. For example, nearly 3 in 4 California respondents between ages 18 and 29 reported “not being able to stop or control worrying” for at least several of the previous seven days. And 71% reported feeling “down, depressed or hopeless” during that time.

Interestingly, respondents 80 and older — an age group far more likely to suffer and die from COVID-19 — reported nowhere near the same levels of distress. Just 40% reported feeling down or hopeless for at least several days in the previous week, and 42% reported uncontrollable worry.

Cruz said that may be because young adults are more comfortable expressing worry and sadness than their parents and grandparents, adding that such openness is a good thing. However, even before the pandemic, suicide rates among teens and young adults had been on a yearslong climb nationwide, and California emergency rooms had registered a sharp rise in the number of young adults seeking care for mental health crises.

Some researchers have cited the ubiquitous reach of social media — and with it an increased sense of inferiority and alienation — as factors in the rise in mental health struggles among younger generations. COVID-19 could be exacerbating those feelings of isolation, Cruz said.

The Census surveys also found higher rates of depression and anxiety among those who have lost jobs during the pandemic. Young adults in the service sector have been hit particularly hard by the wide-scale economic shutdowns. In July, the unemployment rate among U.S. workers ages 20 to 24 was 18%, compared with 9% among workers 25-54, according to the U.S. Bureau of Labor Statistics.

Others noted that many other young adults who would normally be immersed in college life are stuck on the couch in their parents’ home, staring at a professor on Zoom, with little social life and no paid work after class.

“Some of the things that generally help improve mood have been more difficult and more challenging now,” said Paul Kim, director of counseling services at the University of California-Davis. “So I think some of our counselors’ work is to help them think through, ‘How is it, for example, you stay socially connected while socially distant?’”

Californians with lower incomes also reported higher levels of anxiety or depression. About 72% of California respondents with household incomes below $35,000 reported “little interest or pleasure in doing things” for at least several of the previous seven days, according to an average of survey results from July 2 through July 21.

“People have had a lot of trouble accessing unemployment benefits — that has not been an easy path,” said Jo Campbell, a therapist and integrated operations director at Hill Country Community Clinic, which provides services to clients, many of them economically disadvantaged, in Shasta County.

Some experts said they worry that the tumble toward depression and anxiety could outlast the pandemic itself, particularly if the economy lapses into a prolonged recession.

“The pandemic will likely have short- and long-term implications on mental health and substance use,” said Laura Pancake, a vice president at Pacific Clinics, one of the largest mental health service providers in Southern California. The pandemic, she added, “has only exacerbated existing challenges that many face, including unemployment, poor health and other barriers.”