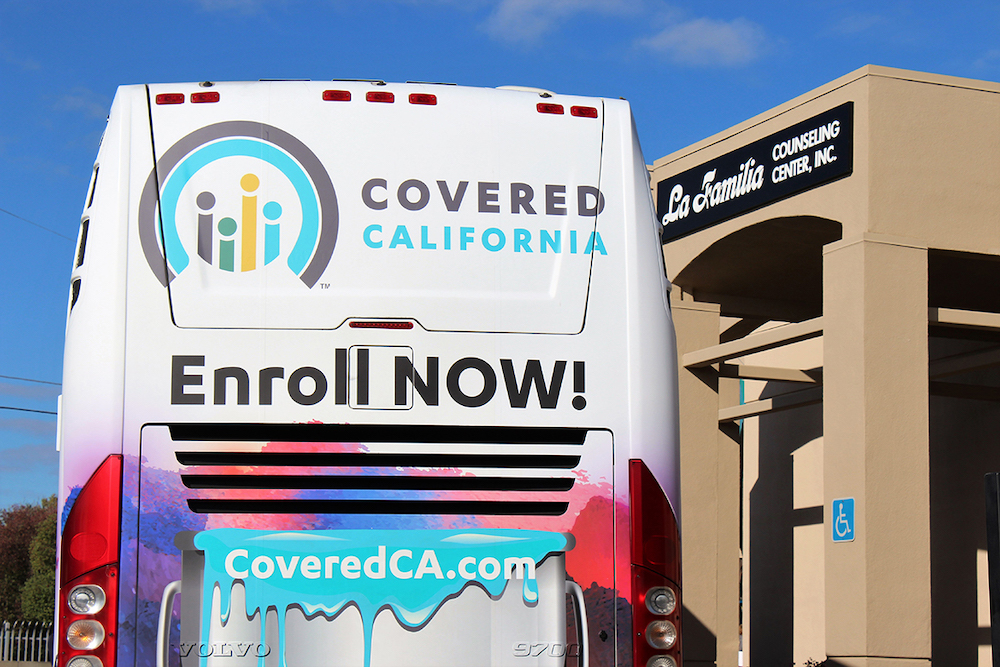 Premiums for health plans sold through Covered California, the state’s Affordable Care Act insurance exchange, will rise an average of 0.6% next year — the smallest hike since the exchange started providing coverage in 2014, the agency announced Tuesday.

The modest increase follows an average statewide increase of 0.8% on coverage that started in January of this year, which was the previous record low.

The rate changes will vary across regions, ranging from an average increase of 5.6% in Santa Clara County to reductions of 2.1% in southwestern Los Angeles County and 2.6% in Mono, Inyo and Imperial counties.

Before the announcement, some industry observers had called for rate cuts, given the windfall health plans have reaped so far this year from lower spending on care. The COVID-19 pandemic shut down elective surgeries in the spring and has continued to sharply reduce patient visits to doctors, emergency rooms and outpatient clinics.

But Peter Lee, Covered California’s executive director, told California Healthline that lower spending by insurers due to the pandemic had “very, very little” impact on 2021 premiums.

Covered California’s insurance carriers “are seeing their health care costs rebound and are projecting that for the balance of the year they will catch up on the health expenses they thought they were going to spend for 2020,” Lee said. Health plans in the exchange projected increases in non-COVID medical costs of 4% to 8% next year and did not think they needed to budget extra for the pandemic, he said.

The rate increase was modest mainly because of a surge of new, “healthier” enrollees both during the regular enrollment period for 2020 coverage and the current “special” enrollment period — recently extended to Aug. 31 — for people whose coverage has been affected by the pandemic, Lee said. Covered California said an analysis of the medical risk and demographics of these newcomers showed “they are healthier on average than the equivalent cohorts from 2019.”

Other factors, it said, include the repeal of a federal tax on health plans, which reduced 2021 premiums by an average of 1.7%, and a cut next year in the “participation” fee health plans pay Covered California, from 3.5% of premiums to 3.25%.

Covered California provides coverage for about 1.5 million Californians who buy their own insurance. About 90% of them receive financial assistance from the federal or state government, or both, to help them pay for their premiums. The plans on the exchange are mirrored on the open market, where individuals buy insurance without financial assistance.

Some health system experts believe insurers will continue to spend less on patient medical care next year. Glenn Melnick, a professor of public finance at the University of Southern California’s Sol Price School of Public Policy, said last week that hospital volumes — especially emergency room and outpatient visits — still lag pre-COVID levels and could continue to do so until an effective vaccine is available.

Michael Johnson, a health insurance industry observer and critic who worked as an executive at Blue Shield of California from 2003 to 2015, said the modesty of 2021 premium rises seen in other states so far didn’t go far enough.

“Regulators should be forcing these plans to justify why they are not reducing rates, given the effect we’ve seen the pandemic is having so far,” Johnson said last week.

The average statewide increase among Covered California carriers is smaller than what’s been proposed in many other states.

A KFF analysis last month of proposed 2021 rates in the exchanges of 10 states and the District of Columbia showed a median increase of 2.4%, with changes ranging from a hike of 31.8% by a health plan in New Mexico to a cut of 12% by one in Maryland. (Kaiser Health News, which produces California Healthline, is an editorially independent program of KFF.)

This year’s rate announcements come as the Affordable Care Act remains under threat from a federal lawsuit by Republican officials in 18 states, joined by the Trump administration, who want to repeal it. If they prevail, more than 20 million people could lose their health coverage and popular consumer protections afforded by the ACA, including the ban on health plan discrimination against people with preexisting medical conditions, could be eliminated.

The Supreme Court plans to hear the case in the fall.

All 11 insurance companies operating in Covered California this year will remain in 2021, and no new ones will enter the marketplace. But Anthem Blue Cross and Oscar Health Insurance will expand their offerings geographically, the exchange said. Anthem will enter Inyo, Kern, Mono and Orange counties. Oscar will join the competition in San Mateo County. Many of the Covered California health plans are available only in certain regions of the state.

Kaiser Permanente is the largest carrier in the exchange, with about 526,000 enrollees this year, more than one-third of the total. Kaiser is followed by Blue Shield of California, with 392,000, and Health Net, with 232,000. Information on rate changes by individual carriers was not immediately available.

Rates differ not only from carrier to carrier and region to region, but also by the covered person’s age. Premiums also differ by benefit level, from the cheaper “bronze” coverage tier up to the highest, known as “platinum.” The lower the premium, the higher the deductibles and coinsurance payments for care.

Covered California said that, on average, exchange enrollees who plan to renew for 2021 can save 7.3% on premiums by switching to the least expensive plan in the same tier of coverage.

The 2021 rates are subject to final review by the state’s Department of Managed Health Care and Department of Insurance, but significant changes are unlikely.
The enrollment period for 2021 coverage starts Nov. 1 and runs through Jan. 31.