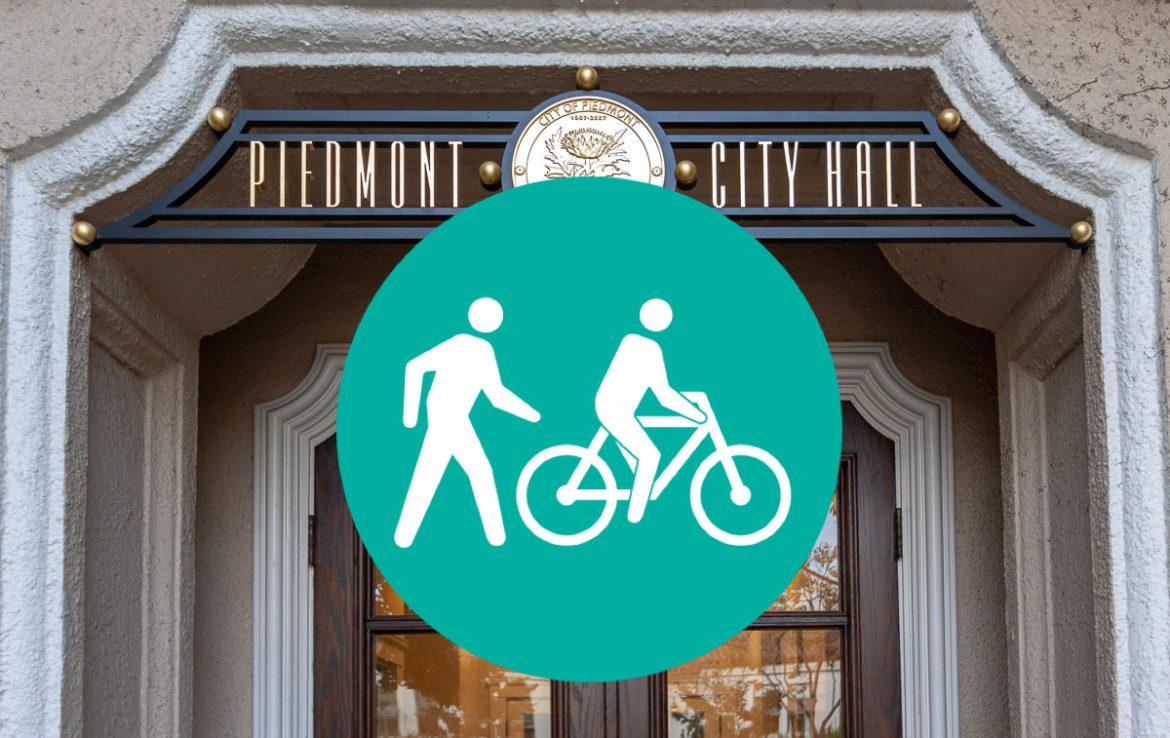 This committee, its size and other metrics to be determined later, is designed to review and provide feedback on draft Pedestrian and Bicycle Master Plan documents throughout the update process, which is expected to last into May 2021, the target date for when the City Council would decide whether to approve the updated plan.

The advisory committee also will be charged with helping foster what council members and other city officials hope will be a “robust public discussion” of what should, and shouldn’t, be in a long-term document designed to make Piedmont a better and safer place to bike and walk.

Piedmont’s original Pedestrian and Bicycle Master Plan was adopted by the City Council in November 2014. It contains a 10-year plan for work to encourage more walking and biking in Piedmont, and to make it safer and easier.

The plan calls for physical changes such as making street crossings more visible to motorists and installing on-street biking facilities, and for educational programs covering safety and rules enforcement.

The City Council on July 20 approved a contract with Berkeley-based consultant, Eisen-Letunic Urban Planning, to update the Pedestrian and Bicycle Master Plan. The update allows Piedmont to revisit the improvements recommended in the 2014 plan, and to address the community’s broader concerns about traffic safety beyond walking and biking. It also lets the city meet a Alameda County Transportation Commission requirement that such pedestrian and bicycle plans be updated regularly.

The advisory committee will include at least three Piedmont residents at-large; one current or former member from each of three panels (Piedmont Planning Commission, the city’s Public Safety Committee and the Capital Improvement Projects Review Committee) and one Piedmont high school student who lives in the city.

Much of the council discussion Monday night surrounding this issue centered on the makeup of the committee.

The original city staff recommendation was for a committee of seven people – three Piedmont residents at-large; one current or former member from each of the three city and the high school student. But the language approved Monday was more open-ended, with specifics to be determined later.

Councilwoman Jen Cavenaugh asked why the city panelists were included in favor of more residents at large who may be regular bicyclists or walkers, while Councilwoman Betsy Smegal Andersen said she was more interested in a potential committee members’ cycling or walking bonafides whether or not they served on a committee or commission. Kevin Jackson, Piedmont’s planning and building director, said members of those volunteer panels often deal with projects affecting cyclists and pedestrians, and have knowledge from that perspective.

The City Council ultimately will select the Pedestrian and Bicycle Advisory Committee members, the specific process yet to be determined.

In other action Monday night, the City Council unanimously approved the second reading of an ordinance that places about 20 percent of the city – the easternmost section – in a “very high fire severity zone” map as defined by state fire officials. It includes the area near Park Boulevard, St. James Drive and Tyson Lake, as well as surrounding parts of Oakland.

The ordinance, originally approved by the council on Aug. 3, also updates vegetation management requirements in the city code for owners of parcels outside of that “very high fire severity zone.” Black told the council the new requirements are designed not only to increase safety, but to offer more clarity about what property owners must do.

Also on Monday night, the council awarded a $97,000 contract to San Francisco-based Vintage Contractors, Inc. for renovations of the Main Park Tennis Court.