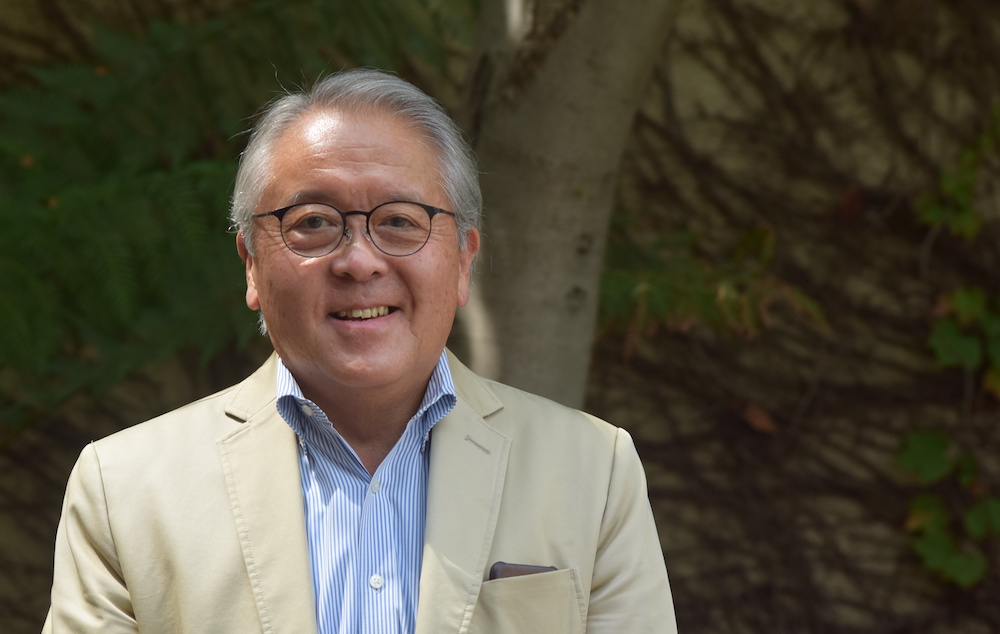 'For a small city, we get a lot of work done' - Chester Nakahara's pride in the big and small accomplishments

Chester Nakahara knew Piedmont was a different kind of place to do business long before he started working for the city.

“I was a private architect, and I had done a lot of private work in Piedmont,” he said. “It struck me that Piedmont was a different kind of place, and that its work culture was different than any other city I had experienced as an architect.

“But I never thought I would work on the other side of the counter,” he said.

A quarter century later, Nakahara will soon retire after 10 years as Piedmont’s public works director, and 23 years working in City Hall. He said he will miss the collegiality of a small civic structure, working with all the city department heads, and the opportunity to connect with and get feedback from local residents,

“The (City) Council has consistently hired people who adhere to that spirit of collaboration,” Nakahara said.

When asked if there were times he wished he would have had the bigger budget or deeper supply of resources to make public works projects happen, he stopped and thought for a few seconds before offering up a resolute “no.”

Nakahara was born and raised in Berkeley, and proudly noted he was there for “kindergarten through college.” He and his wife Megan have lived in Piedmont for 38 years, and raised their three children there. In those early years in Piedmont, both Chester and Megan got involved in Piedmont civic life; Chester volunteered as a park commissioner, and a member of Piedmont’s Main Park Renovation Task Force and Dracena Park Quarry Renovation Committee before being named Piedmont’s chief building official in 1997. Megan, in addition to her volunteer work, was a para-educator with the Piedmont Unified School District and an administrative assistant at Beach Elementary School before her retirement in 2016.

Mayor Robert McBain said Nakahara has exercised a caring stewardship of Piedmont, showing respect for the city’s residents and their needs. He also has, McBain said, built a culture of “responsive and attentive customer service” in the city’s Public Works Department.

With Nakahara, McBain said, “We all know that the job is going to get done.”

Nakahara said he’s proud of some larger projects he’s been part of, in particular the work done to completely replace the city’s ancient underground sewer system. The work complies with an Environmental Protection Agency consent decree to eliminate groundwater infiltration and storm water inflow into the sanitary sewer system. This work, done over several years, is now about 80 percent complete, Nakahara said.

McBain said that while Nakahara has guided larger projects like sewer rebuilds and Hampton Field, “He knows that filling the potholes, replacing street lights and fixing sidewalks are equally important.”

Nakahara agreed with that. “I’m proud of helping maintain the high standard of beauty in our parks and with our street trees, and our public spaces in general.”

Chester’s retirement was mentioned at the end of Monday’s City Council meeting, first by McBain and then by other council members. Vice Mayor Teddy Gray King said she had to sadly endure Megan’s retirement from Beach a few years ago, and isn’t happy about Chester’s upcoming departure, either.

“I’m disturbed, and I can’t allow another Nakahara to retire,” King joked. “I reject his retirement altogether!”

Nakahara said he’s already postponed retirement for a little while, and waited until (what he hopes is) the worst of the COVID-19 pandemic’s dampening effect on municipal government operations was past. And he said he hopes the coronavirus won’t get in the way of his and Megan’s travel plans. All their three children and six grandchildren live in California, and he and Megan hope to be seeing more of them soon.

The city will begin the search for Nakahara’s successor immediately. McBain said that person will need to have the requisite architecture, engineering and construction experience, but also have the ability to usher through several large infrastructure projects that the city will need to take on in the near future.

Those include major renovations to the city’s police and fire department buildings, along with other major infrastructure projects. The city is still looking for the money to do that work, estimated to cost between $54 million and $76 million, and has talked about a bond measure on a special election ballot early next year to raise that money.

And as for staying connected to civic service, Nakahara said he’s ruling nothing out. Piedmont, he said, is a great place to do it.

“For a small city, we get a lot of work done, and in large part that’s due to the collegial atmosphere,” he said. “And that comes from the top down.”

One thought on “Chester Nakahara: 23 years of caring stewardship for Piedmont”