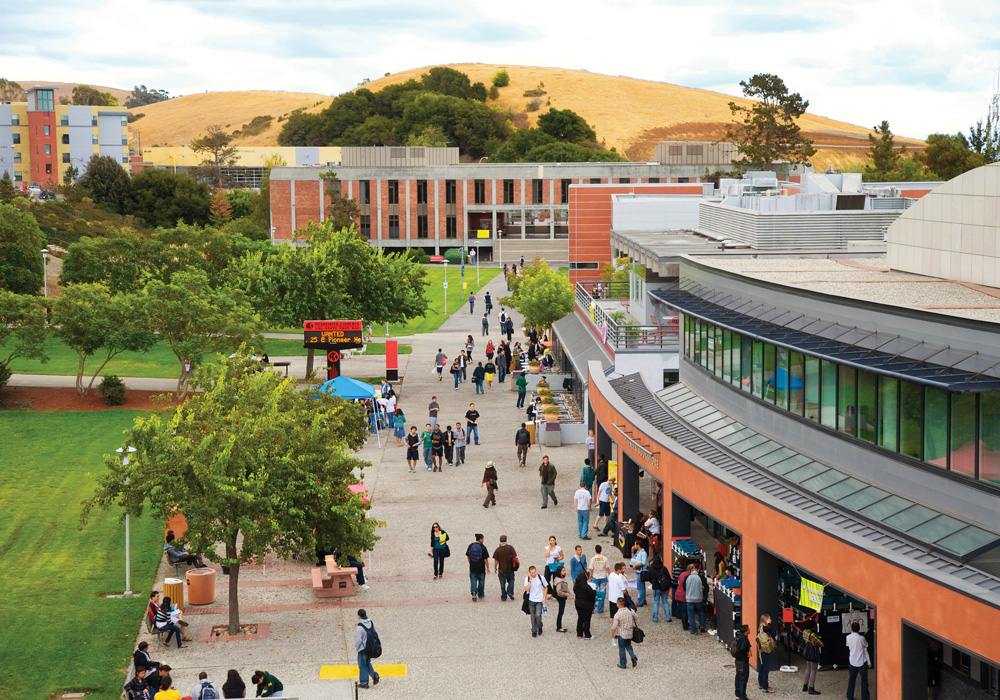 The California State University is better poised to handle the brave new world of online learning this fall than it did in the spring, system Chancellor Timothy P. White said.

During a virtual town hall hosted by CalMatters, White said his May decision to shift most of CSU’s classes online because of COVID-19 come fall bought the CSU valuable time to improve instruction, train faculty, and provide students needed laptops and Wi-Fi access.

That decision made waves nationally given CSU’s role as the largest university system in the country with 480,000 students. The response was divided, with some students and parents longing for in-person classes, or at least tuition cuts, while others praised the early signaling to students of what fall will look like.

The move appears prescient, as some of the nation’s most prestigious institutions were forced to rapidly pivot to online just before — or even after — the fall term began. In California, UC Berkeley and University of Southern California, among others, later in the summer scrapped their initial plans for some in-person classes.

About 93% of the roughly 81,000 courses the CSU offers this fall will be virtual, White said, calling it “a mind boggling achievement.”

Here are the top takeaways.

Life on campus will be very different

CSU’s residence halls will be at less than half their normal capacity, White said. While in pandemic-free years students bundle two or three at a time per dorm room, social distancing protocols mean that most rooms this fall will be singles. In newer dorms with more space, two students will share a room and still be able to stay six feet apart, White said. In those cases, plexiglass barricades will separate the beds and students will sleep head to toe.

For the small number of classes that will be taught in person, such as laboratories, studios for performing arts, and healthcare mannequin simulators, the number of students per class will drop significantly. A typical lab with 20 students will go down to five students, meaning the same class will have to be taught four times, White said.

COVID-19 Testing will vary by campus

At least one CSU campus, Humboldt State, is testing all 1,000 dorm-residing students as they move in. The campus is also asking students to self-isolate for two weeks.

But that’s not the case at all the CSUs. The question was prompted by a parent who wrote in during the town hall that she was surprised that her daughter’s campus, San Jose State, didn’t test her when she moved into her dorm.

The federal Centers for Disease Control in June wrote that it “does not recommend entry testing of all returning students, faculty, and staff.”

White said campuses will have isolation rooms for students in quarantine who do test positive. But, campus policies will vary depending on public health county orders, said Luoluo Hong, associate vice chancellor of student affairs and enrollment management at the CSU. The “greatest tools” to thwart coronavirus spread are wearing masks, washing hands and social distancing, she said. As for across-the-board testing, “if campuses have the resources, we certainly support them doing it,” Hong added.

Contact tracing in cases where students test positive are part of the residence housing plans, White said. Some of the health centers on CSU campuses offer testing, but at most others students will have to go through county services, Hong said.

Instructors should be better prepared

When the CSU transitioned to virtual instruction in March, classes paused for two weeks to make the shift virtually. For fall, there’s more time to prepare, White and others said. Emily Magruder, director of CSU’s Institute for Teaching and Learning, said during a breakout session that in typical summers, campuses might have 25 to 50 faculty members take summer courses on professional development. This summer, several campuses — including San Jose State — had over 1,000 faculty taking training courses.

The training focused on what content can be offered on-demand and how to make the best use of live, or synchronous online instruction. One strategy is to assign students readings, short quizzes and videos as homework while the live instruction is where discussion and breakout rooms on Zoom occur. Not every student can attend live instruction due to work or family constraints, and the system didn’t require that of professors, Magruder said.

CSU still trying to get food, internet to students

The listing economy has hit many CSU students, a group that even in economic boom times struggled with basic necessities like having enough food to eat. More than 40% of CSU students reported being food-insecure, a 2018 system survey found.

CSU officials during the town hall touted some of the campus efforts to blunt the full force of the recession for students.

Steve Relyea, executive vice chancellor and CFO of the CSU, said most campuses have transformed their parking lots into Wi-Fi hotspots for students who lack internet connections at home. Campuses have also distributed $5 million in equipment to students in the past few months, including laptops and hotspots, Relyea said.

That California is home to the tech industry and still has a large number of students without internet or computer equipment “is quite frankly just unacceptable,” White said. He’s on a postsecondary committee that answers to Gov. Newsom and said its members are advocating for a public policy to give broadband to all Californians.

Until that happens, White urged students to self-advocate. If they can’t connect or have another problem, they should tell their professor or department chair. Hong said that campus staff are being trained to detect signs that students may need more than one service. “The student may reach out because of financial concerns, but indicate that there might be some emotional distress,” she said. The system is also looking into a contract with a virtual mental health firm to give students more counseling options. Some campuses already have 24/7 crisis hotlines.

One major source of student aid is nearly depleted. Hong said the campuses have given away 92% of the $262 million in emergency aid the federal government reserved for CSU students.

Campuses are still running food pantries, Hong said. To reduce the risk of COVID-19 spread, the pantries are now presenting a week’s supply of food so students can grab them and go.

White said the CSU will not change its tuition and mandatory fees for the fall. The explanation? CSU is still offering classes and the supplemental services that students are used to, such as tutoring, library support, career development and student government, are still on offer, just online.

While some colleges in the U.S. have lowered their tuition rates, they’ve mostly been private institutions that cost more than $50,000 a year to attend, much higher than the $5,742 CSU charges for tuition (though campus-specific fees range from around $840 to more than $4,000).

The pandemic has also forced the CSU to absorb costs. It’s refunded nearly $150 million through July to students for fees related to services like parking, housing and dining this past spring, according to data CalMatters requested from the CSU about its coronavirus-related expenses. State budget cuts led to a $300 million drop in support to the CSU, more than the $262 million the system got in federal emergency aid this year. If Congress and President Trump agree to another stimulus package by Oct. 15, the state budget says the CSU could get back some or all of its state cuts.

But even if those funds come through, the CSU is planning for three years of fiscal duress, White said.