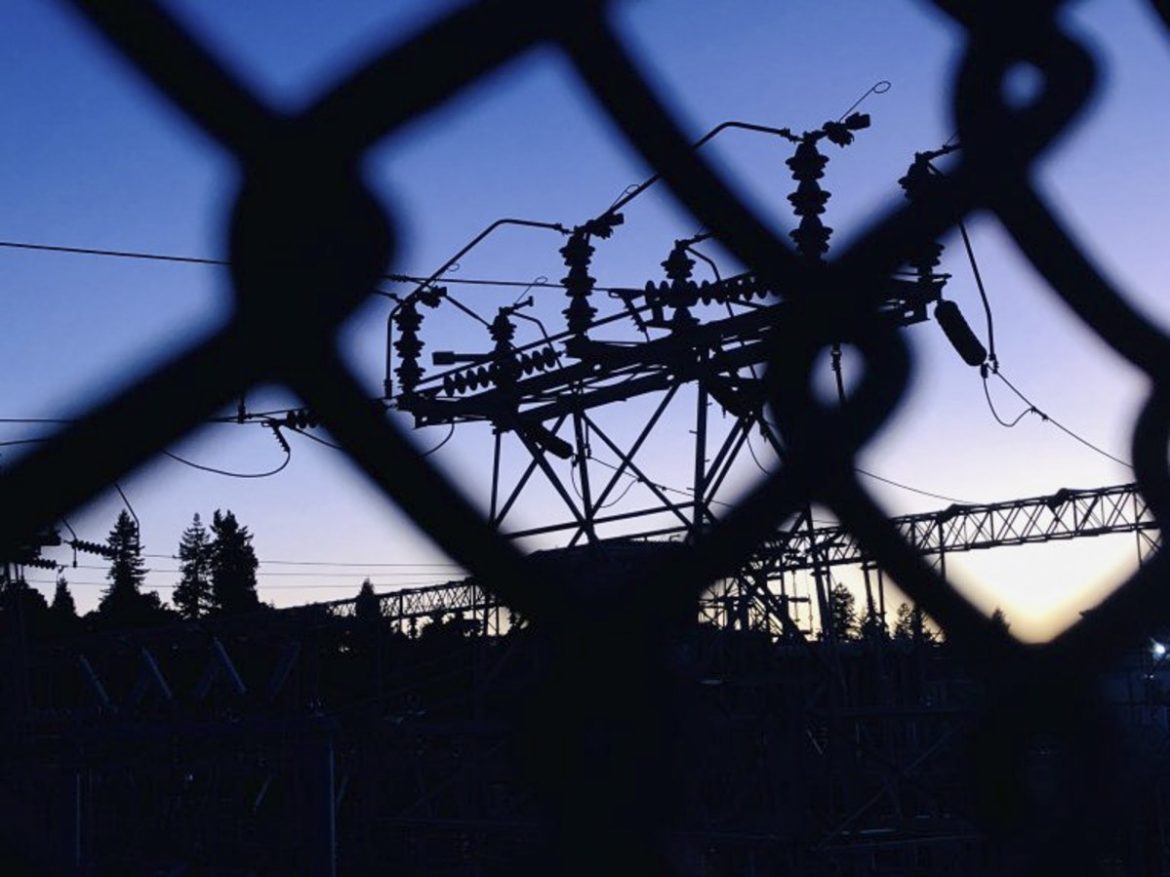 PG&E’s Oakland K substation is silhouetted at sunset in the hills of Oakland, Calif., on Wednesday, October 9, 2019. PG&E was supposed to shut off power at noon in the Oakland hills, but at 8:45 PM it was still on. (Jane Tyska/Bay Area News Group)

Millions of Californians should expect rolling blackouts through Wednesday night — and they’ll likely last hours longer than those over the weekend, Gov. Gavin Newsom said Monday.

Newsom said the state anticipates being 4,400 megawatts short of Monday’s energy needs. One megawatt can power up to 1,000 homes. The expected shortfall is four times larger than Friday’s and 10 times Saturday’s, underscoring the extent to which California will struggle to meet energy demands amid a historic heat wave that triggered its first rolling blackouts in nearly two decades.

But state regulators knew a shortage was likely on the horizon, Steve Berberich, CEO of the California Independent System Operator — which runs the state’s power grid — said Monday.

The governor — who said he was informed of the blackouts only minutes before they started — ordered an official investigation into the outages. He also issued an executive order that frees up additional energy capacity, but said the state is still “likely to fall short.”

The blackouts could potentially prompt a reevaluation of California’s energy strategy as the Golden State transitions from fossil-fuel-powered plants to solar power.

California State University students graduating in 2024-25 and beyond are required to take an ethnic studies course following Newsom’s Monday signing of a bill recently passed by the state Legislature, CalMatters’ Mikhail Zinshteyn reports. Newsom’s signature overrules a July vote by the CSU Board of Trustees that would have required all students to take either an ethnic studies or social justice class to graduate — and will likely frustrate academic leaders who chafed at the idea of the government mandating their curriculum. But proponents of Assembly Bill 1460 say it will ensure students take classes focused primarily on Native Americans, African Americans, Asian Americans and Latino Americans — whereas CSU’s proposal would have allowed students to fulfill the requirement with classes related to Jewish issues, women’s rights and LGBTQ people.

Want to buy a house in California? It’ll cost you. The median price of a home in the Golden State shot up to a record $666,320 in July — beating the previous record of $626,170 set just a month before — as sales reached their highest level in nearly three years, according to a Monday report from the California Association of Realtors. The surge in median price was primarily due to increased sales of million-dollar properties.

That trend was especially evident in the Bay Area, where single-family home sales shot up 36% in suburban Sonoma and Marin counties, compared to just 1.4% in San Francisco. (The median price for a Bay Area home in July was a staggering $1.05 million, tying a record set in May 2018.)

California’s political ethics watchdog is opening an investigation into the former chief investment officer of the state’s largest public employee pension fund following conflict-of-interest complaints, the Sacramento Bee reports. Ben Meng abruptly resigned Aug. 5, just months after he approved a $750 million deal with Blackstone Group Inc., a private-equity fund in which he was a shareholder. State Controller Betty Yee also wants the California Public Employees’ Retirement System to launch its own investigation into Meng, who managed its $412 billion investment portfolio for less than two years. Meng was the primary force behind CalPERS’ risky new investment strategy of loaning money to private companies — a plan the pension fund will move forward with in an attempt to pay down hundreds of billions of dollars in debt.

Five car companies agreed Monday to comply with California’s vehicle greenhouse gas requirements nationwide rather than follow the Trump administration’s looser standards — an indication of the Golden State’s clout in the car world, CalMatters’ Rachel Becker reports. Thirteen other states follow California’s tailpipe emission rules, accounting for more than a third of the nation’s new light-duty vehicle sales — a fact likely not lost on BMW of North America, Ford, Honda, Volkswagen Group of America or Volvo. General Motors, Fiat Chrysler and Toyota didn’t sign onto the deal — a decision that could cost them millions, as the state pledged last year to stop buying cars from manufacturers that didn’t abide by its standards.